lightsplasher in ulog •  2 months ago

I road my e-bike over to the disc golf course this morning and my friend noticed me riding in and turned around to play with me. He was just leaving the course because it was really busy and he didn't feel like playing by himself with so many people on the course.

We played a fun round and I scored a +1 which is a bit better than I have been doing recently. The wind was just starting to pick up near the end of the round.

We decided to play another round but there were two groups of three people just starting out on the course. We were not sure how fast they would play and didn't want to worry about crowding them so we decided to leave and play at the easy nine hole course.

By the time we got there the wind was starting to be more of an issue. I was not playing particularly well and decided to throw my speed fourteen Destiny driver again. I knew it was going to turn hard so I tried to throw it with lots of hyzer and way over to the left. It ended up finishing pin deep and way over to the right out of bounds.

I lost that round but recovered on the second round and played reasonably well.

I've shelved the Destiny disc for now. I guess it is destined to collect some dust at least until I need to have some max distance with really wide forgiving fairways. I will say that it does go a looong way.

I've decided to try a Fission Photon in its place. It is an eleven speed light wieght driver at 152 grams. I hope it ends up being a bit more stable with some nice controllable distance. I have yet to throw it so I'm excited to try it out tomorrow.

Yesterday evening we spotted a flying object out to the right of hole five: 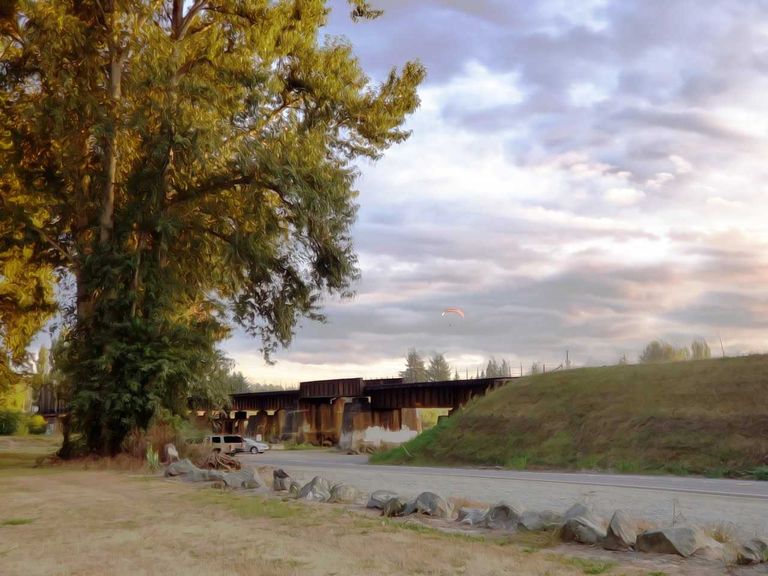 At first I thought it was a parachute and was worried about it landing in the river.

As he approached we noticed an engine powering the parachute like sail: 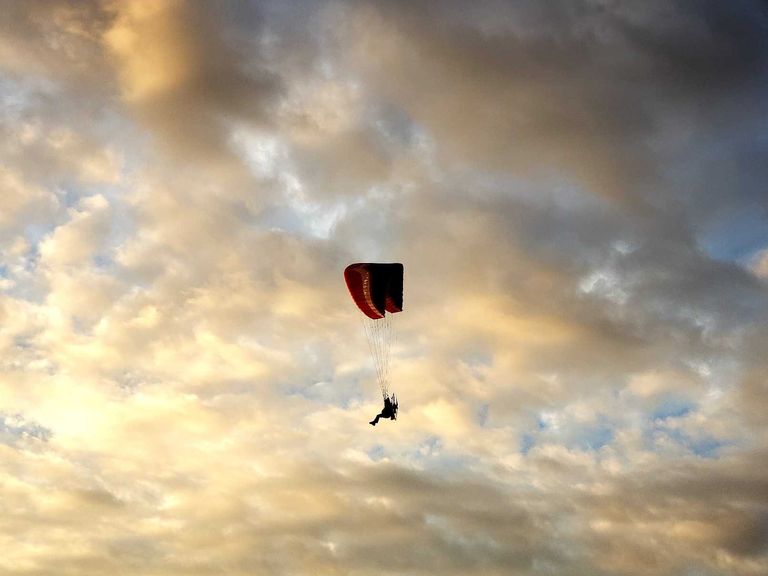 He flew right over us and landed in the field near hole one: 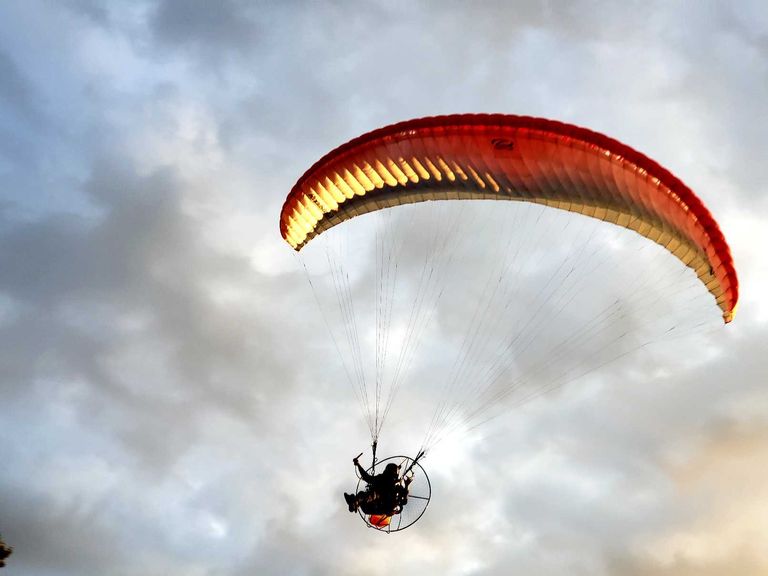 (The first picture was modified in GIMP.)

Thanks for reading! I always value your support and comments. The pictures were taken by me with my Galaxy S9+. Text and graphics copyright lightsplasher & litesplasher.

This report was published via Actifit app (Android | iOS). Check out the original version here on actifit.io