The elderly disc golfer actually had a reasonably good round again today. (That's two days in a row, lol.)

I think the young one lifted too much weight at the YMCA the day before and was rather muscle bound and tired.

I thought about singing, "No muscle bound man's gonna take my hand from my guy..." LOL. I don't think he would have thought it was funny, in particular because I was winning the disc golf round, lol.

Yesterday I saw another woody mushroom out on the disc golf course: 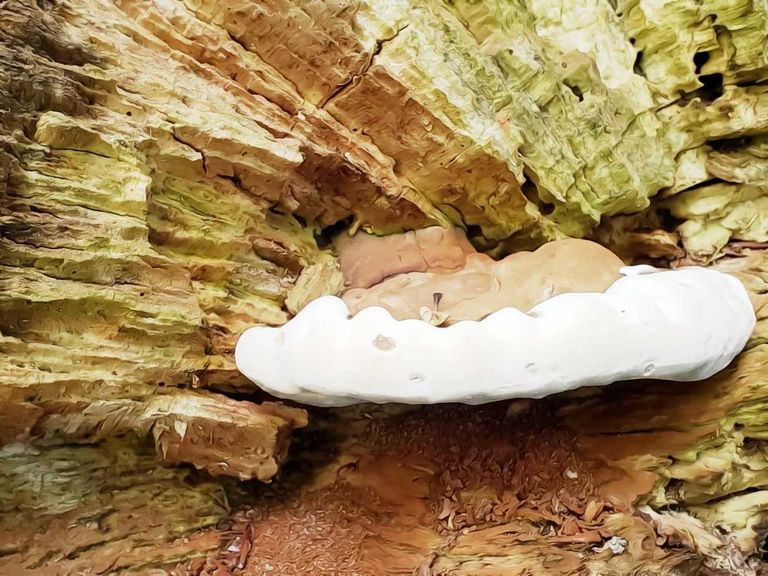 Awesome news - I received a text with a picture of my lost Crave disc: 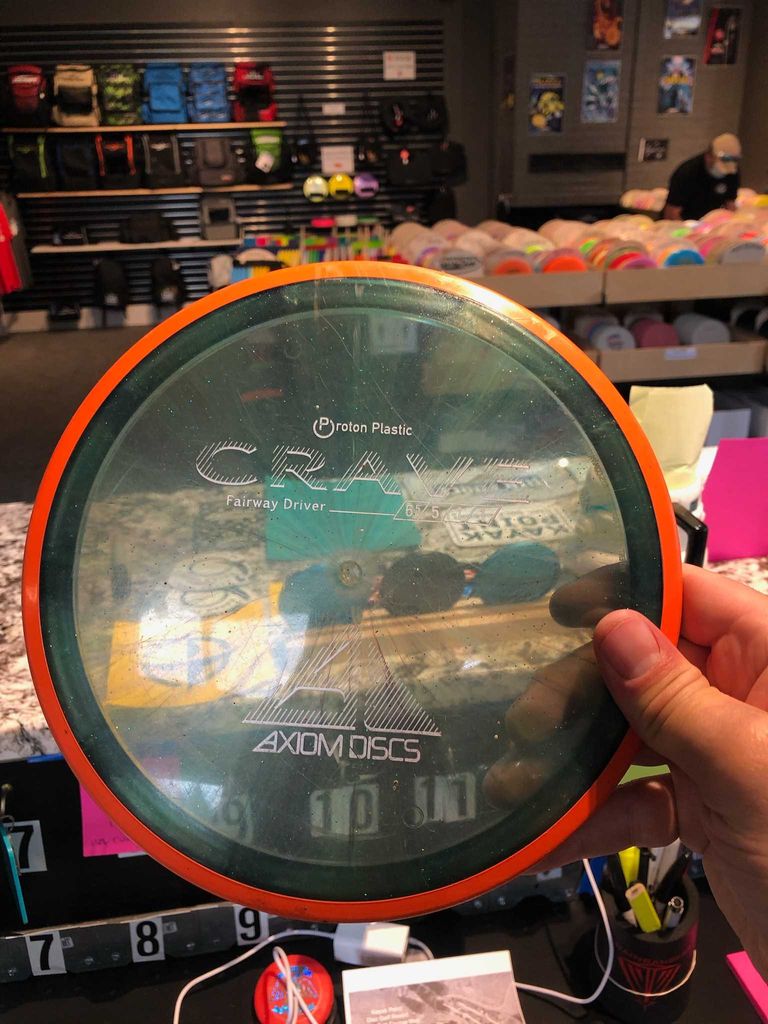 I lost this one way up deep in a tree on the last disc golf league play. I remember having to re-tee after the throw.

This disc was a really good flyer but I kind of made a poor choice when I last threw it. Hopefully it will still fly nicely but I suspect it might be a bit different after having marinated up in a tree in the sun (or shade?) for four months, lol.

Thanks for reading! I always value your support and comments. The pictures were taken by me with my Galaxy S9+. Text and graphics copyright lightsplasher & litesplasher.

This report was published via Actifit app (Android | iOS). Check out the original version here on actifit.io