Elon Musk sent me a package!

megadrive in starlink •  3 months ago 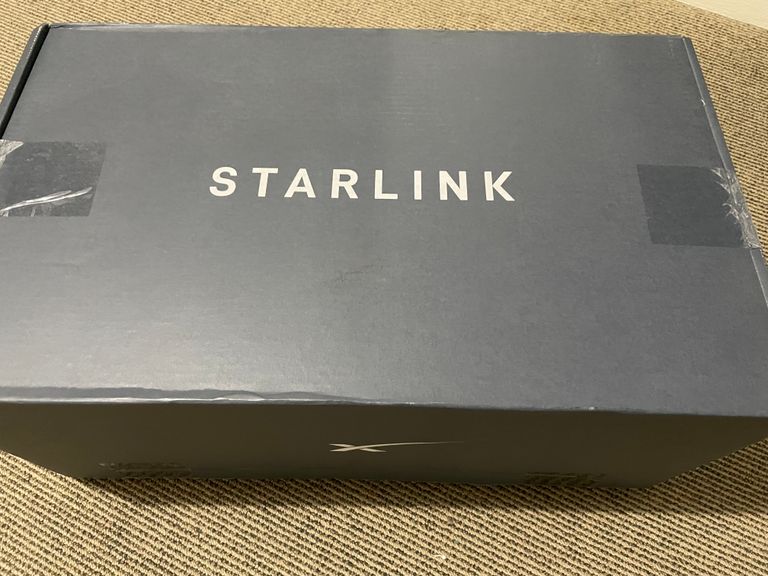 starlink coolshit blockchain shizzle awesomesauce
3 months ago by megadrive
565.08 BLURT
72 votes $1.99
67
Authors get paid when people like you upvote their post.If you enjoyed what you read here, create your account today and start earning FREE BLURT!
Sort Order:
[-]
yateghteghs  ·  3 months ago  ·

Starlink's business is accelerating, as well. In February last year, Musk's company disclosed that Starlink was serving more than 10,000 customers. Now, after expanding preorders to even more potential customers, releasing a second-gen home internet satellite dish and exploring the possibility of providing in-flight Wi-Fi for passenger aircraft, Musk says that Starlink has shipped more than 100,000 satellite internet terminals to customers in 14 countries.

Just like existing providers of satellite internet like HughesNet or Viasat, Starlink wants to sell internet access particularly to people in rural areas and other parts of the world who don't already have access to high-speed broadband

Congratulations to you sir
A well delivered package it is 🥰🥰🥰
Cheers 🍷🍷🍷

Hey, I just want to clear up that the title "Elon Musk sent me a package" that was clickbait, I ordered the Starlink unit from the Starlink.com website which is Elon's company, I didn't at any point speak to Elon, I just ordered from his company, so indirectly he sent me a package, I thought users would understand the clickbait title. 😀

Thank you very much sir. It is now clear how vague it was to explain the matter beautifully.

With the acquisition of Twitter, Musk has shown that he does not fully understand what free thought is, or at least, he has not understood that decentralized social platforms are needed to spread it. Blurt could be a good example. However from this it seems to me that Musk has given you a nice gift

It is exciting. Is this a good symbol of Musk entry on blurt platform? What do you think Megadrive.?

I think Blurt will be fine with or without Musk.

Elon Musk sent it to the founder of blurt. That means Elon Musk is focusing on blurt. It must be exciting if Musk enter in blurt. If so, entire blurt platform will be positively changed dramatically.

very excited knowing this, and waiting to know what he sent to you for you or for us Blurtians

What's in this box? When will this be opened? I understand that the message for the user is blurt in this. Which will benefit everyone.

please open the box and show us, we are curious

I'm curious about the contents of the contacts, whether they contain valuables.

I can't wait to see what's inside, I suggest please stream it while unboxing sir. 😍

But, the most exciting for everyone here in the blurt community is that Elon would shill the blurt out on his tweet. What do you think guys?

Will you need it for where you live?

It seems a little pricey if you already live where you have access to high speed internet. The only upside I can see to it in a city is one isn't chained to the ISP in ones area.

Wars and natural disasters can lead to services being unavailable that we never thought of, good to be prepared.

Honestly, I pray it's something that has to do with the growth of the platform. I so excited sir.

We want to know what is in the box?

It's kind and thoughtful of Elon Musk to identify with Blurt. Because for me this is not just for you @megadrive but it's a win for the entire blurt family. This simply shows that we are in the right direction and what the future holds is way greater than what tge present can afford.

I think he sent you a ticket so that you can go to the moon with your family for free. 😂😂😂

Maybe!
But if it will?
It will be very very good news for us Blurtians all over the world

From Mars because it is musk favorite G-spot 😉

Wow 😳😳😳😳 please unboxing we also wait what they give you..

Live streaming would be better ☺️

Wao looking very nice but we dont know whats in it.it is very special .what surprise in the box.we are curious.

Congrats!
Looks like you're getting the latest rectangular antenna.

Need to see what's inside the box😜

The Elon Musk? Now, I'm curious to know what's inside the box. 🤔 It looks like a communication device or something. Do tell what it is!

What a surprise
I know what ever is in that box is surely of great value🤓.
Please send our greetings to him, we love what he's doing

Lol... We are all set and waiting for the unboxing.

Can’t wait for you to open that 😱😱 who else is excited as I am ?

Exciting level is so high!

Who is not excited for this , i guess everyone will be excited. I hope musk comes to blurt 🤗

We are waiting for him .
We will be happy if he will join us in blurt.
We will welcome him by heart.
Thank you for your great hope.

What's in this box, sir? Looks like there's something valuable.

hope $blurt will be the best choice for Elonmusk :)

Omg, I want to see inside the package, unboxing.

Sir, what's inside the box?
I really want to know 🥰
What is a special surprise ??
I feel very excited dear sir 🥰😍

The small box that got me off my bed, thinking the next photo will be the content this is real suspense. Can't wait to have the content!!!!!!

waiting to be opened to be shown the contents in the box. I hope Elon will stop here for 10% blurt 🙃

Elon musk recently donated terminals from starling in Ukraine. It all seem as a fair tale to me. Wow

Did you invite Elon Musk to Blurt.blog 😄💪

Indirectly did, I tagged Elon on a Tweet of this Blurt post. He would have seen a bigger return on his money buying 10% of Blurt.

I can't believe this , you gotta be kidding me. Please break the suspense already.

I waited to know

Really ? If yes than i am really excited to know what's in it.

I'm very glad to know it and the relationship between you @elonmusk.

Looks like a stable connection and a pretty good deal in the long term.
Congratulations^^

What is inside the box sir? I'm very excited to know.

But I will wait patiently.