Abu Dhabi to Dubai - 118 km away in two days, the cricket world saw the breathtaking victory of New Zealand and Australia, two countries on the shores of Tasman. The journey of the 2010 and 2009 World Champions has been halted by two neighboring countries. 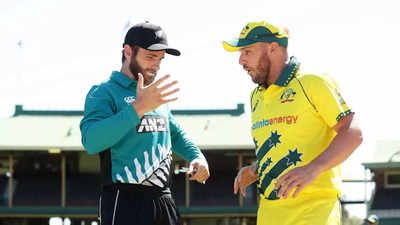 There is no title for the shortest version of cricket in Australia's trophy cabinet, which has made the Australia ODI World Cup its own. The 2010 World Cup final is Ajit's highest achievement. Ajid had to be content with being runners-up after losing by 6 wickets against England.

Australia also played in the semi-finals of the 2012 edition. However, the dream of Australia to reach the final was shattered after losing to West Indies by 74 runs. The stories of 2014 and 2016 are one - Ajid's farewell from Super Ten.

This time Australia came to the semi-finals of the 2021 World Cup and brought back the memories of 11 years ago. Australia beat Pakistan by 5 wickets for the second time to reach the final of the T20 World Cup. Opportunity in front of them to win the first title.

reached the semi-final hurdle in the 2015 New Zealand ODI World Cup. Even if someone calls New Zealand a 'semifinal team', he is not at all wrong. Because the Kiwis could not reach the final of the previous six T20 World Cups.

New Zealand reached the semifinals in the first season of the Twenty20 World Cup in 2006. However, the Black Caps did not play the final after losing to Pakistan by 6 wickets. Then sometimes Sri Lanka, sometimes England stood in the way of New Zealand reaching the semi-finals.

After being bowled out for 80 in Chittagong in the 2014 edition, Sri Lanka became the 'thorn in the side' of the Kiwis once again. In 2016, after nine years, the Kiwis reached the semi-finals of the T20 World Cup. With 16 balls to spare in Delhi, England's huge victory of 6 wickets stopped the Kiwis' World Cup journey in the semis again.

Five years later, Kane Williamson's side did not miss the opportunity to take 'Delhi's revenge' by getting England in the semi-final in Abu Dhabi. The Black Caps have confirmed the final of the T20 World Cup for the first time after losing to England by 5 wickets.

The cricket world saw a new champion in the ODI World Cup held in England in 2019. Two years later, cricket fans are going to see the crown of a new team in another edition.

Rohit is also at rest with Kohli, captain Rahane

Virat Kohli and Jaspreet Bumrah have already rested for the upcoming T20 series against New Zealand. This time Rohit Sharma also joined them in the Test series. The Board of Control for Cricket in India (BCCI) has not included five players in the regular XI for the Test series against the Kiwis. 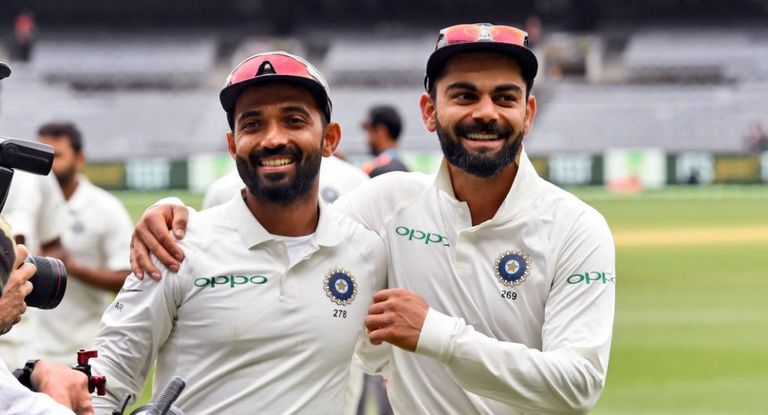 The BCCI did not elaborate on the reason for excluding the five stars in a statement issued on Friday afternoon. However, they are being rested due to the fatigue of playing. The five players are Virat Kohli, Rohit Sharma, Rishav Pant, Jaspreet Bumrah and Mohammad Shami.

Regular captain Virat Kohli will join the team in the second of the two-match series. The other four will rest for the entire series. In Kohli's absence, Ajinkya Rahane will captain the first match. Experienced batsman Cheteshwar Pujara has been given as his deputy.

Lokesh Rahul could be seen starting the innings with Mayank Agarwal in this series as Rohit is not available. The first match of the two-match series will start on November 25 in Kanpur. The next one will be played on December 3 in Mumbai.

Kohli's place in the middle order is being considered by Shubman Gill and undefeated Shreyas Iyer. Reliable batting middle order batsman Hanuma Bihari was not included in the squad for the tour of Australia. The BCCI did not explain the reason for his omission.

Meanwhile, Riddhiman Saha is on the verge of returning to the Test XI after December 2020 due to Pant's rest. KS India has been included in the squad as the backup wicket keeper. Whose name is next to that first class match, more than four thousand runs at an average of 36.

sports r2cornell instablurt blurtnews blurtsport
2 months ago by taniaislam
20.75 BLURT
5 votes
$0.26
2
Authors get paid when people like you upvote their post.If you enjoyed what you read here, create your account today and start earning FREE BLURT!
Sort Order:
[-]
tomoyan  ·  2 months ago