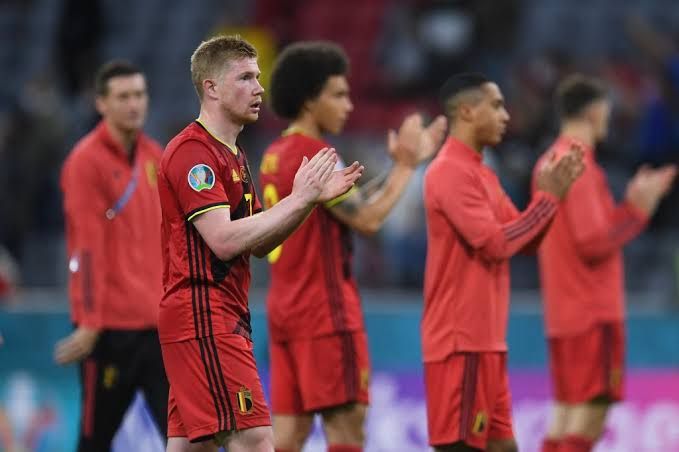 I feel very unhappy when I see a good player is on his retirement without any good recognition of his excellent deeds. As a big football fan, it is very sorrowful to me to see a good player is ending his career without winning any major trophy for his own country. I mean for national team. Once I was regret for Christiano Ronaldo and Leo Messi. But they become able to win a major trophy even at the last moment of their career. Though I am a Messi fan, I was very happy when Ronaldo won Euro at 2016. He deserved it. I became more happy when Messi won Copa America in this year after loosing three major tournament final. One of them was FIFA World Cup final at 2014 and the others were Copa America final.

But now I feel a big hurt for Belgium. Last decade was their golden era of football history. I wanted too much that they would won at least one major tournament. But everytime they failed. I see that they can't hold the pressure of big tournament though they have many experienced and good player. Last night they lost the semi-final game against France of UEFA Nations League. They lost the game even they lead two two before half time. But they lost their spirit in the second half. I must admire French players. They were too good at playing at second half.

I really become hurt when see that the great players like De Bruyne, Hazard are going to end their career without any major trophy. Some good pkayers like Fellaini, Company have already retired. Now there are only one chance to win a major trophy in front of Belgium golden generation. It is FIFA World Cup 2020. I am not sure how much they can do then. But it will be very uneasy to me to see their retirement from football without any recognition of thier career. Best wishes for them in future. The last chance for them.

sport football r2cornell
2 months ago by steemibu351
149.11 BLURT
13 votes
0
Authors get paid when people like you upvote their post.If you enjoyed what you read here, create your account today and start earning FREE BLURT!