At last, they saw a win 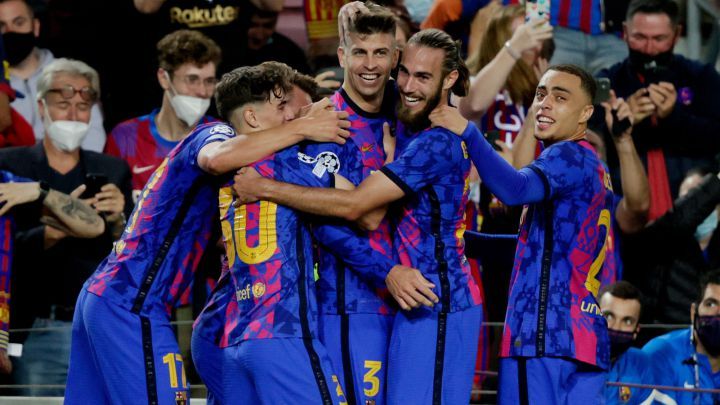 Is Barcelona favourite to win UCL trophy this time? I don't think so. I even don't think that they are favourite to win La Liga this season. Even Sevilla are much better than Barcelona to win League this time. That is why, any hope to see UCL trophy in Barca's hand in this season is almost like a day dream. And it is consistently being proved by their performance in UCL group stage matches. They lost their first game in UCL this season against Bayern Muchen by 3-0 margin in Nou Camp. I am still concerning about another eight when the next match will be held at Alieng Arena. Hahahah. They lost their second game against Benfica too by same margin. In the match against Benfica, I was surprised to see lackings of understanding among the players of Barcelona and also their positioning sense. It was just horrible. When they conceded the 2nd goal in that match, thei gave so much space that was unbelievable. And we saw some quarrel between Pique and Busquets.

Anyway they won the last match against Dynamo Kyiv. But I am not happy to their performance. I still think that Luke De Jong is not so much good player to play in Barcelona. Depay perhaps is not happy for the position he has been given. May be we can see best playing from him as a number nine.

I still can't understand the logic to set Dest as a winger. Damn it man, Koman! What tactics have you taken? Can you elaborate, please? Lenglet is damn for past years. I was surprised to see the performance from Jordi Alba. He is consistently giving his best to us with his experience. He is good at offensive duty, but have some lackings at defense. But he is really doing well after all. Thanks.

sport football r2cornell
2 months ago by steemibu351
77.66 BLURT
9 votes
2
Authors get paid when people like you upvote their post.If you enjoyed what you read here, create your account today and start earning FREE BLURT!
Sort Order:
[-]
r2cornell  ·  2 months ago