funnel in splinterlands •  5 months ago

i'm talking about...actually i'm not 'talking' i'm swearing ... about an epic fail battle in @splinterlands
i'm battling for 3,5 years , i have more than 12.000 battles in my profile BUT yet i was about to experience something for the first time

most probably many of you, may wonder about my reaction and might find it a bit overdramatic but when you play and when you suffer what i suffered i believe it is a different story
because it is not only the loss
no it is not about one lost battle, it is about feeling uncertain about some things and having seconds thoughts about the game and its mechanics itself i will very kindly ask you to watch the following battle....WATCH the battle i can guarantee you a spectacle you won't find easy out there...click on the following link and spend 30 seconds of your life to see what i'm talking about 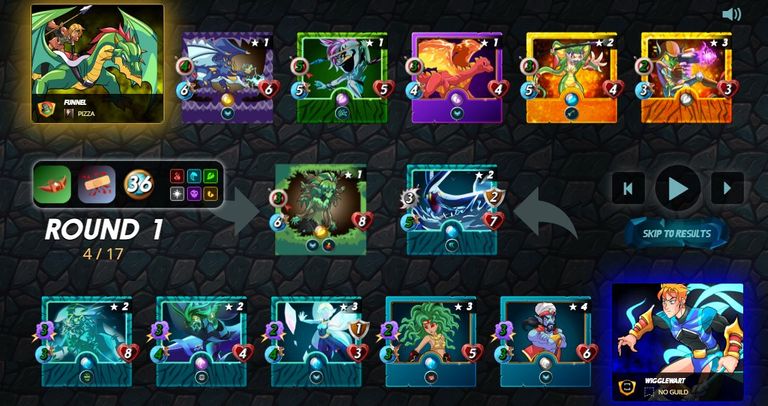 this is unfair, it is totally unfair and i really cannot understand the code behind this
someone of course can say randomness
this is a possibility ,small but there is always there for somebody like funnel to hit it
but now i have to wonder myself....is this a possibility or this is the rule when a lower lvl deck is fighting a higher lvl deck and the game creators trying to 'protect' a higher lvl investor against a lower lvl investor?
is there a scale maybe in the code of Splinterlands?

i was furious...i still am furious
no i'm lying ...i was more than furious, i was exploding
i gave this battle at about 1 AM in my country
i woke up 3 of my friends to tell them what happened, screaming on the phone
they were swearing back at me cause i woke them up in the middle of the night to tell them such a thing and then i swore back cause they didn't sympathize with me
they told me i'm a Splinterlands junkie...i told them to go 'French' ,'French' , 'French'......

something has to be done with this 'luck' factor in the game
at least in some next upgrade try to give us some probability to miss, dodge etc etc
we need this information ,the game grows big and demands from the community grow even bigger
please take this into consideration @aggroed , @yabapmatt , please look into this...
i have no idea how difficult is to get this information on the cards but i think it is a serious information which can change the whole game experience..

you can join the madness here
https://steemmonsters.com?ref=funnel

splinterlands spt challenge socialmedia
5 months ago by funnel
73.29 BLURT
9 votes
$0.85
2
Authors get paid when people like you upvote their post.If you enjoyed what you read here, create your account today and start earning FREE BLURT!
Sort Order:
[-]
tomoyan  ·  5 months ago