funnel in splinterlands •  4 months ago

the reason why is like that, is because battling in Splinterlands is not just having fun with some NFT cards but further than this, is connected directly in making crypto and creating profits just like when you trading on different Exchanges
so a battle in Splinterlands is the tool which gives you the opportunity to get some profits in your wallet

making this small introduction let me spend some lines today explaining to a newbie ( always to a newbie, i'm not trying to be the smart guy here giving advices ,everybody is smart enough to make their own choices ) how his gameplay must look like, what must he watch out and how to evolve as a player 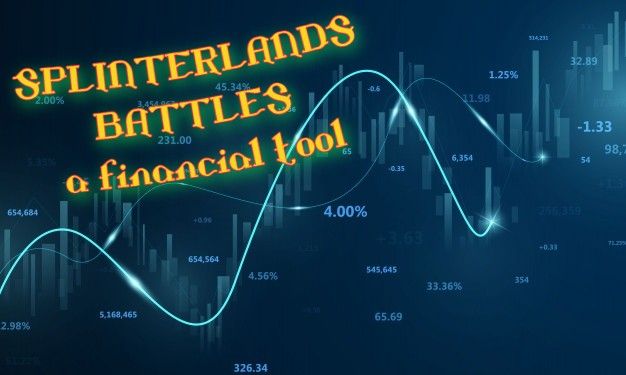 most of the posts i read and curate out there are solid with no flexibility
they are like maps.. ''follow three steps left, one small step right, jump the rock in front of you and there is your hidden treasure''

i don't want to be misunderstood here, i'm not judging this kind of posts
everyone is very much welcomed to create his own content with no limitation or censorship
i have nothing with these posts
i'm just saying that the majority of the 'know-how-to-battle' posts are following this same pattern which i don't agree with
i hope i 'm still free to have my own opinion!

why i don't agree with these posts?
well it is because i feel they produce patterns and i don't like patterns
and i very much believe that if a new player put himself into certain patterns will definitely not evolve in his gaming efficiency
ok, yes he might learn how to move around,a few tricks maybe but he is going to lock himself
he is going to learn to follow a 'path' and won't be able to survive if someone throws him out of this 'path' 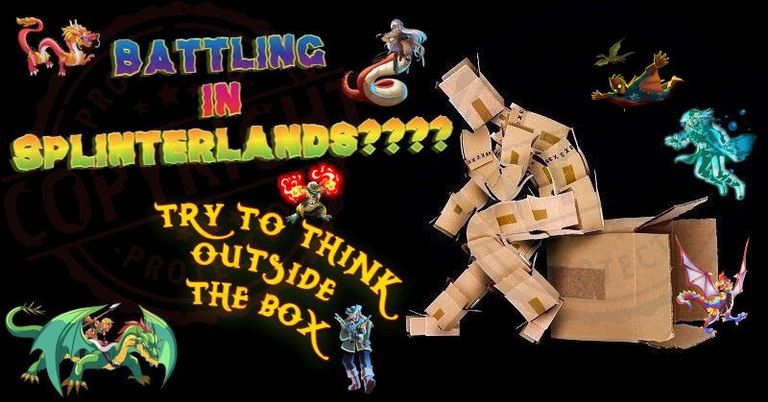 what i'm trying to say here is that
ok we all know you have to get a tank, pick some support monsters, try to reinforce your last position in order to avoid an assassin's attack , yes this is the way you have to play
or according some others opinion get Water Splinter and destroy everybody using the invincible magic attack monsters...

of course you can play this way, and it is truth you may bring some victories in your account
but this is not Splinterlands about

you have to start thinking outside the box
i encourage you to use your imagination, try new things
try 'funny' things and you'll see you might discover so innovative strategies even the most skillful players will be jealous about and will try to copy 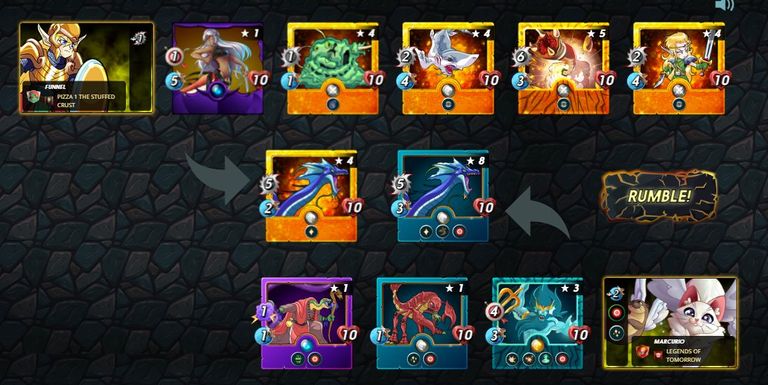 my gold foil Daria faced a Kitty , two Dragon Summoners as opponents and the outcome was a great battle
i'm very proud of this battle cause after trying to read my opponent i come up with a combination not so common plus not so handy
i risked a lot, i divided my team in two different sectors
the first one just hold the lines with a Sea Monster and a Naga Assassin ( some of you might wonder a Naga Assassin to hold the lines? ...yes a Naga Assassin to hold the lines, dont forget that in order to kill you i have to catch you first....if you are too quick for me no matter how powerful are my weapons i will never kill you, so i hope this gives you some answers ) and on the second sector a full sneak attack combo team to destroy what is lying behind enemy lines...
in the middle of the deck an OOZE just to slow down a bit more my opponent...

this is what i say creativity and experimentation...the outcome was a juicy battle where my team won the bet!!! and the Kitty went to sleep
https://splinterlands.com/?p=battle&id=sl_235a9788ceaef2bcff179a5bb81c4876

the second one is a battle of my co-fighter @sentipl
(we fight in the same guild, and i'm very proud of him) which was a great performance from him 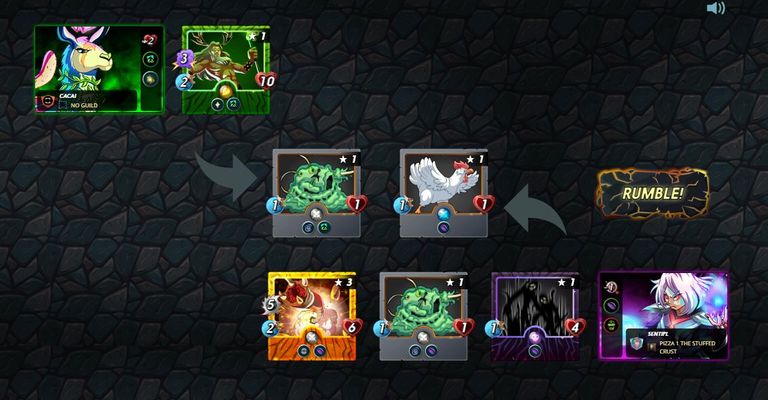 his Mimosa against a Llama Mage
a battle which fascinated me, a true sample of 'reading my opponent' a perfect heretic combination not so many willing or can even think to use
a true proof of brains battle
my compliments @sentipl and i wish you to provide us more similar battles cause we learn out of them what different combinations can achieve in Splinterlands
most of fighters just in the sight of a Llama they give up their effort to win
but my guy here not only he didn't fled...he defied his opponent and destroyed him through a glorious team set up!
he used his imagination and skills and this is what Splinterlands battling is all about according my humble opinion
https://splinterlands.com/?p=battle&id=sl_194723f954ec0a37f19aa5a92ee65478

i don't underestimate anyone, it's just no fun at all to tell you to follow the safe way, follow the path
you will never succeed this way cause everybody is following this path
the best player is not the one who possesses the best upgraded monsters and wins by strength,cause when he will face a stronger opponent he will lose

this type of users are the ones i say , they don't play their decks but their decks play the game

for me the best player is the one who reads his opponent and is able to built a team against his opponent's monsters
and in order to do that you need creativity!!!

this is a proof of brains online NFT game, make no mistake

splinterlands spt socialmedia challenge
4 months ago by funnel
61.99 BLURT
8 votes
$0.71
2
Authors get paid when people like you upvote their post.If you enjoyed what you read here, create your account today and start earning FREE BLURT!
Sort Order:
[-]
tomoyan  ·  4 months ago