Granit Xhaka will stay at Arsenal this season 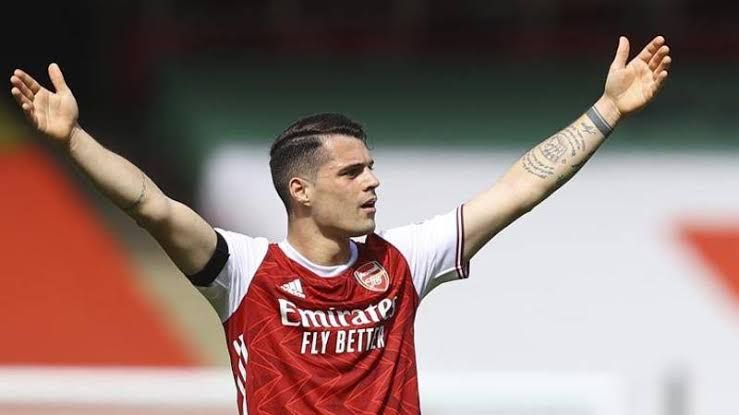 It has long looked like a matter of time before Swiss midfielder Granit Xhaka would be featured at Jose Mourinhos AS Roma. However, the Italian club have reportedly not been able to match Arsenal's price requirements.

Xhaka has two years left on his Arsenal contract, so the London club is not forced to sell unless the right offer comes to the table. There is still room for Xhaka in the Arsenal squad, because even though the club has brought in the young, Belgian midfielder Albert Lokonga, the club still needs a partner for Thomas Partey in the defensive midfield.

It is precisely this position that Arsenal have been trying to strengthen in recent weeks. The club has been reportedly interested in Sassuolo's Manuel Locatelli and Lyon's Bruno Guimaraes, but now it appears that the player is already on contract at the club in the form of Xhaka, and the money can thus be spent on reinforcements elsewhere on the pitch.

Granit Xhaka is expected to return to Arsenal next week after an extended holiday, and now looks set to prepare for another season as an Arsenal player.

r2cornell blurtsport blurtafrica football transfer
2 months ago by cabinet24
114.35 BLURT
5 votes
1
Authors get paid when people like you upvote their post.If you enjoyed what you read here, create your account today and start earning FREE BLURT!
Sort Order:
[-]
r2cornell-curate  ·  2 months ago