This post is sort of a more detail tour of the room I stayed at in Andaz Hotel recently. Into the room, 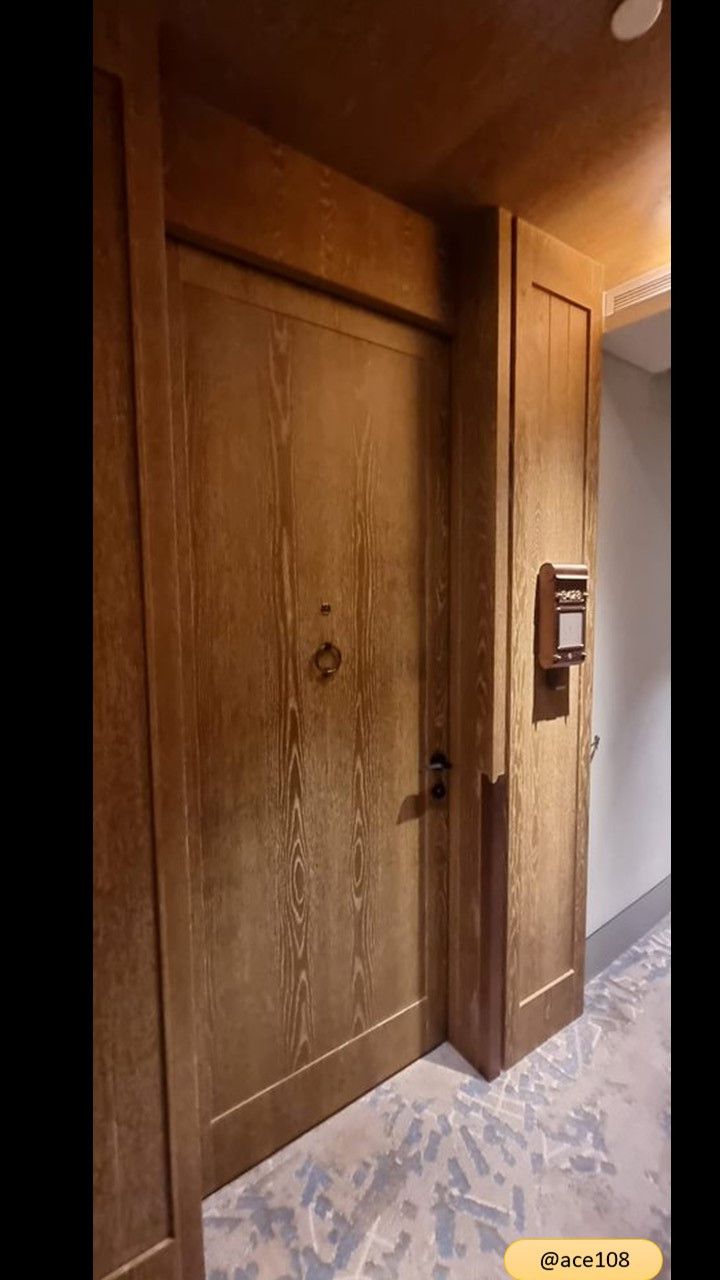 As I walked in there was passage that led to the bed. I'd miss the hanger there but I'll walk you to the door on the right first. 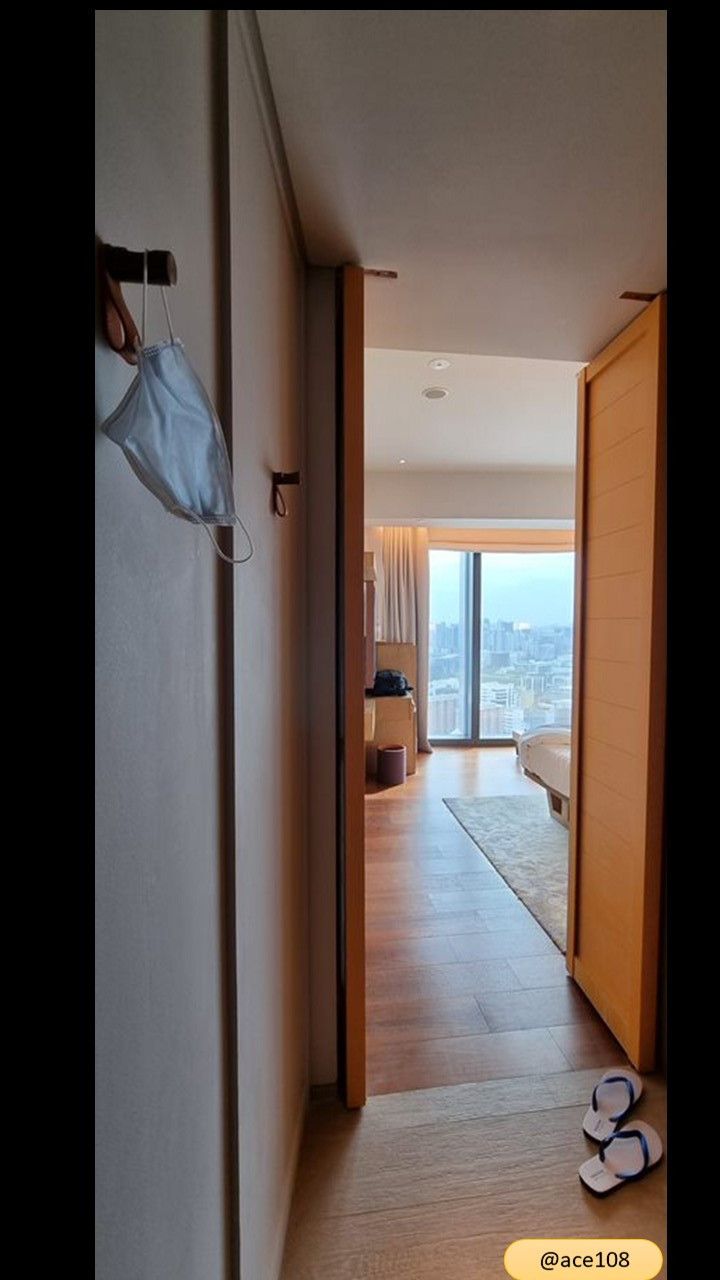 To the right, the walk in wardrode is on the right. The toilet is at the end. 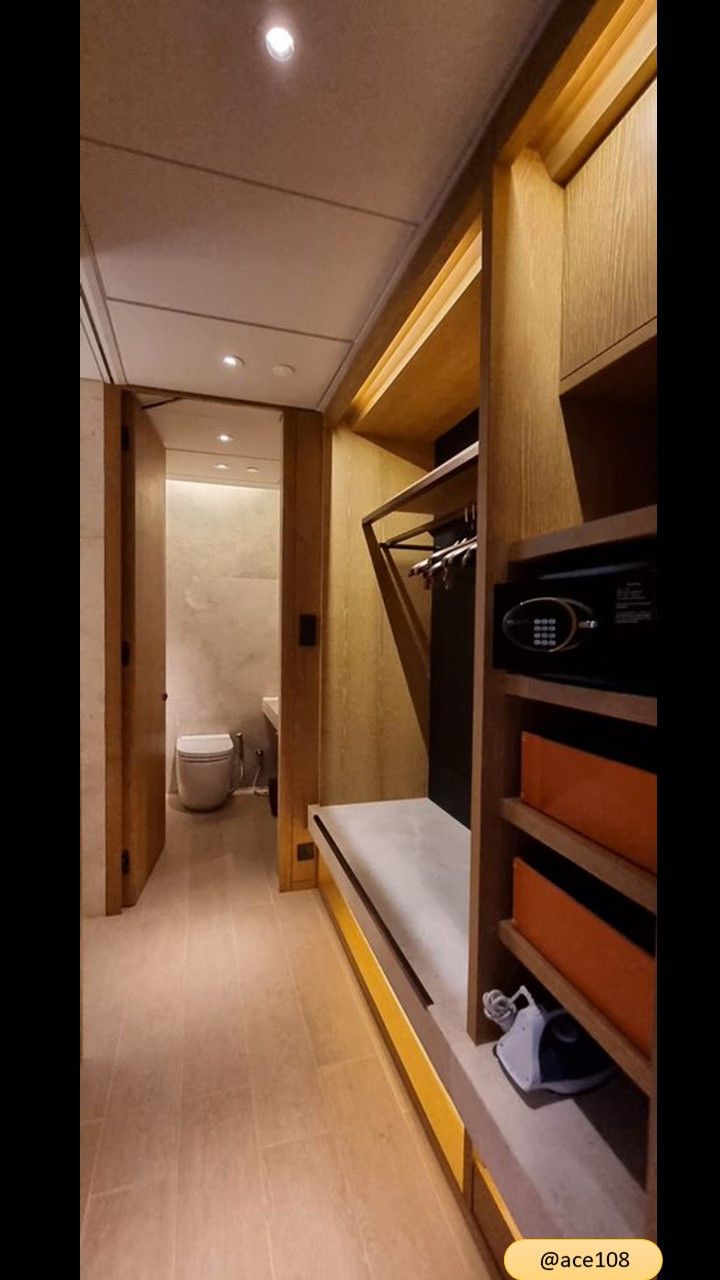 On the left is the wash basin and the shower is further left. No bath tub in the room. 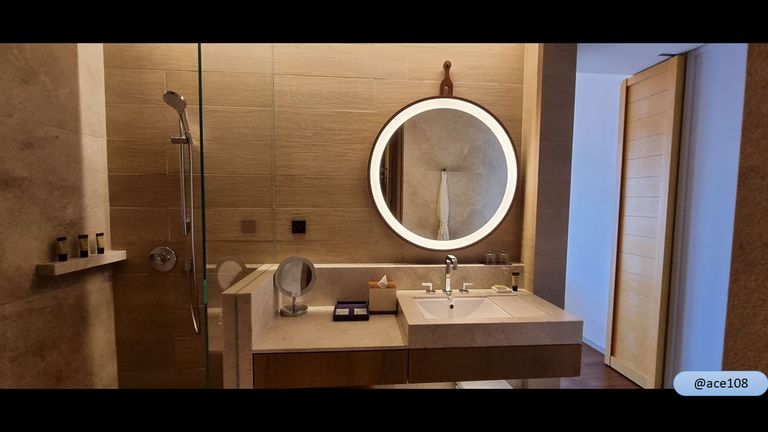 At the corner after the basin is another door that led to the bed. Seemed like a nice view from there. 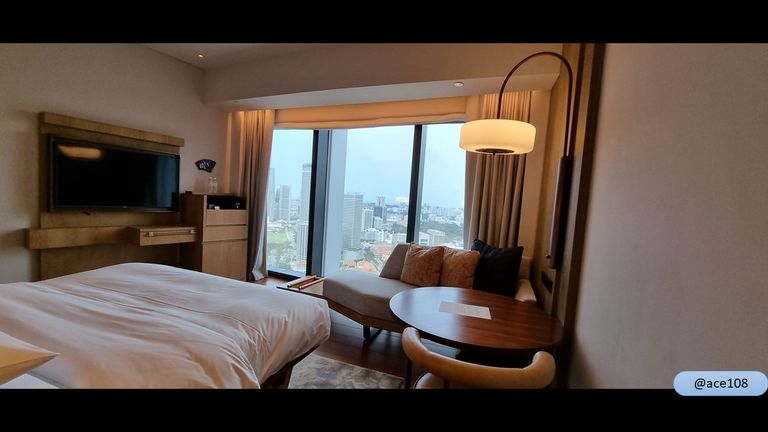 The bed is nice but the lights at the bedside was really bad idea. 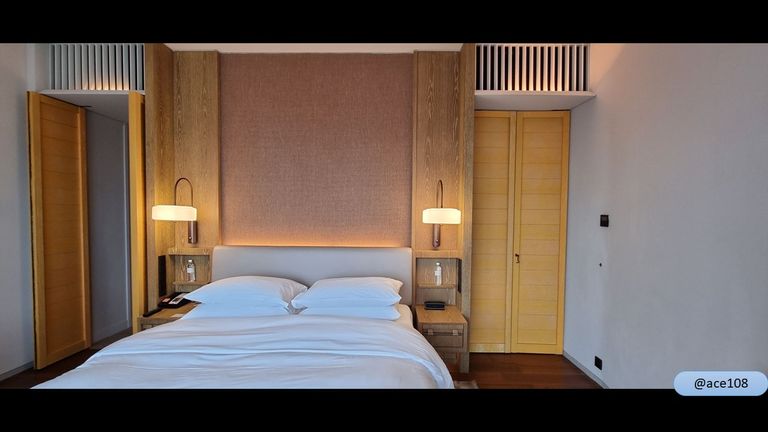 My wife and I separately knocked on the lights and made the UFO create some buzzing sound over the 2 days we were there. 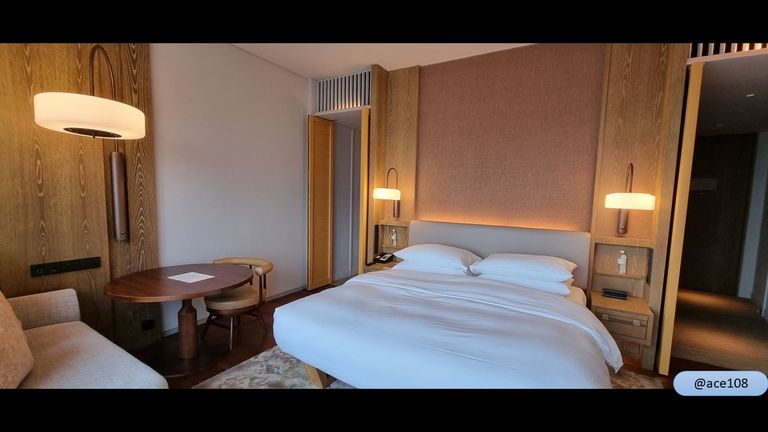 While the view looks nice, there were actually black dots on the window which was a bit of a pity. They said the solar dots reduce heat generated by the sun to save the earth. 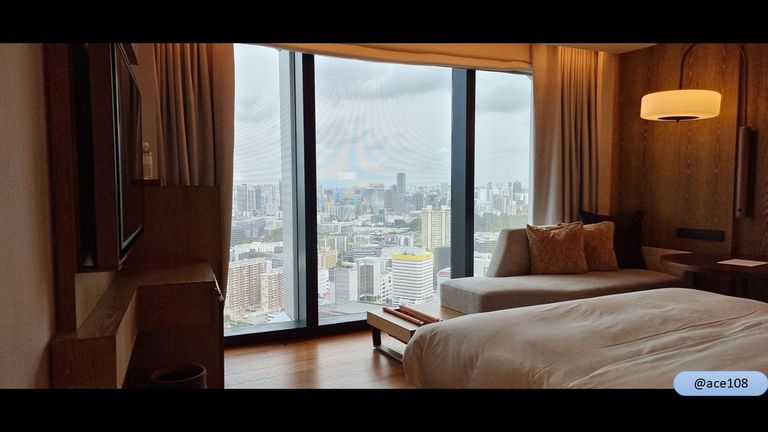 🎶Meanwhile, some music for you to enjoy as you read. This piece is part of Vivaldi’s The Four Seasons, particular the first of the 4 violin concertos, called Spring.


https://soundcloud.com/alan-chang-563971986/four-concerti-grossi-4-vivaldi-op8-i-la-primavera-allegro-largo-allegro Source | 来源: https://musopen.org/music/2213/antonio-vivaldi/the-four-seasons/ Look at what they say on the slippers: Stolen from Andaz Hotel. 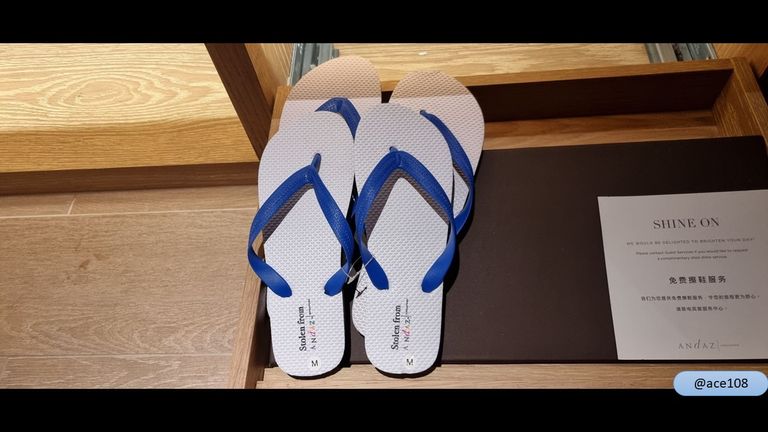 We were told told everything in the mini bar is free for the first round. On top were 2 bottles of water. There is a Nesspresso machine with 4 capsules. 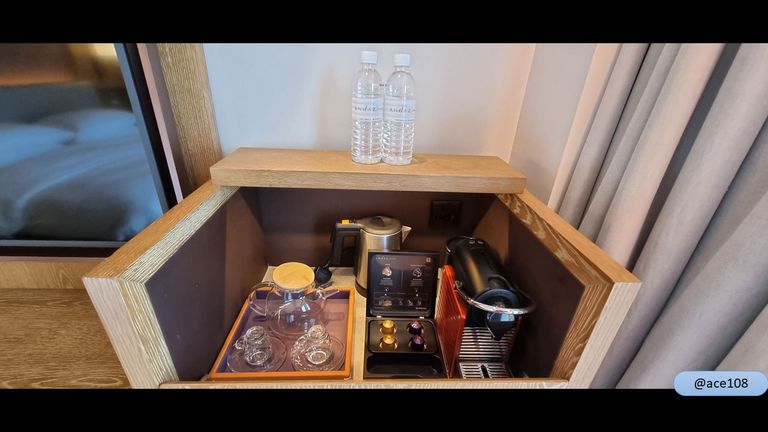 There were also some tea bags and a small packs of potato chips. 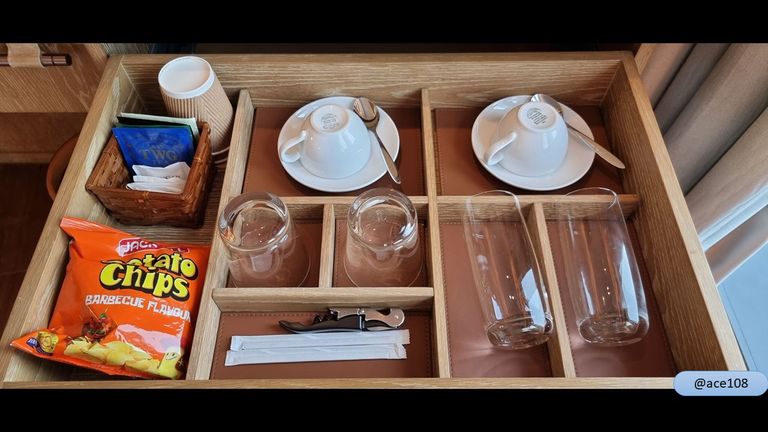 In the fridge, there was some milk capsules, a kit kat bar, a bottle of beer, a pack of Milo, an orange juice and a few cans of drinks including Coke and green tea. 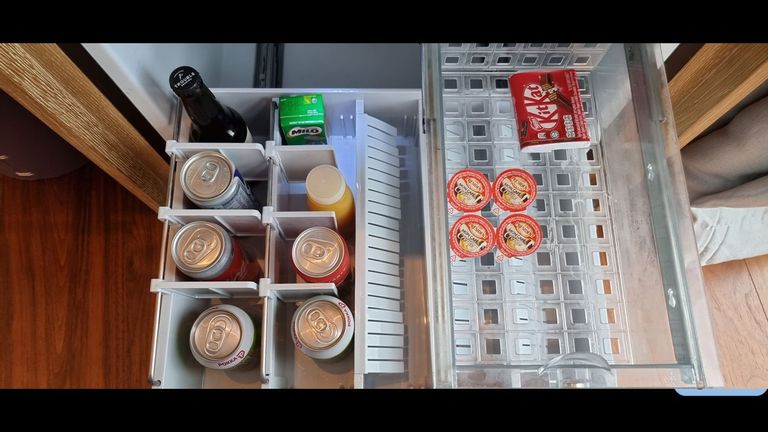 On one side of the bed, they placed a bottle of water and Bose speaker which you can connect with Bluetooth. There were power sockets and USB connections. 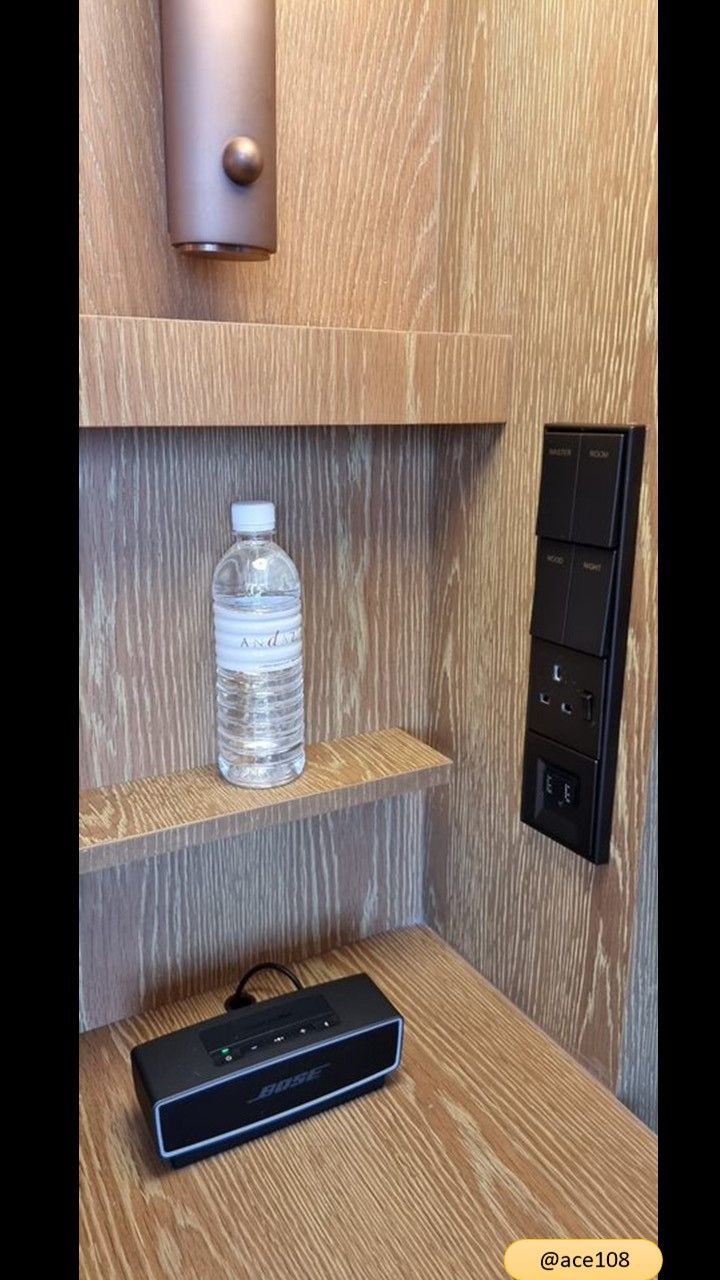 On the other side of the bed, they placed another bottle of water and a phone with a QR code for you to scan and request for service. There were also power sockets and USB connections. 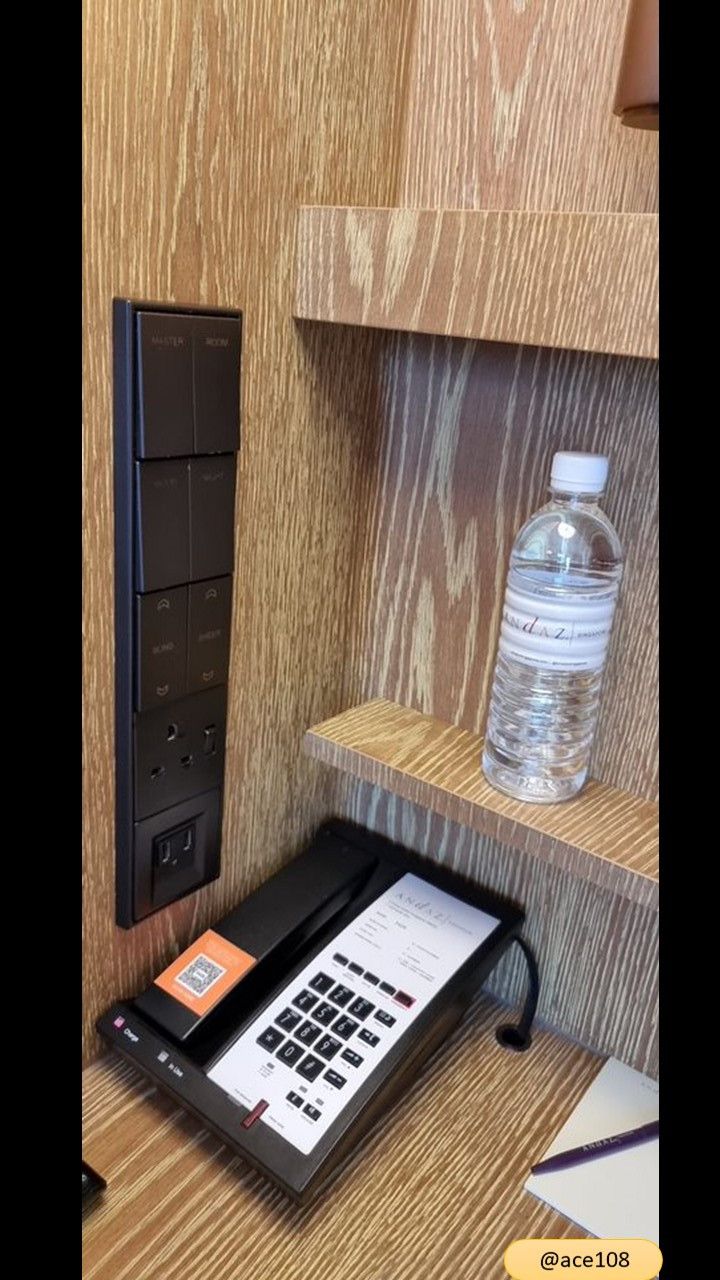 The remote control for the TV was there too. 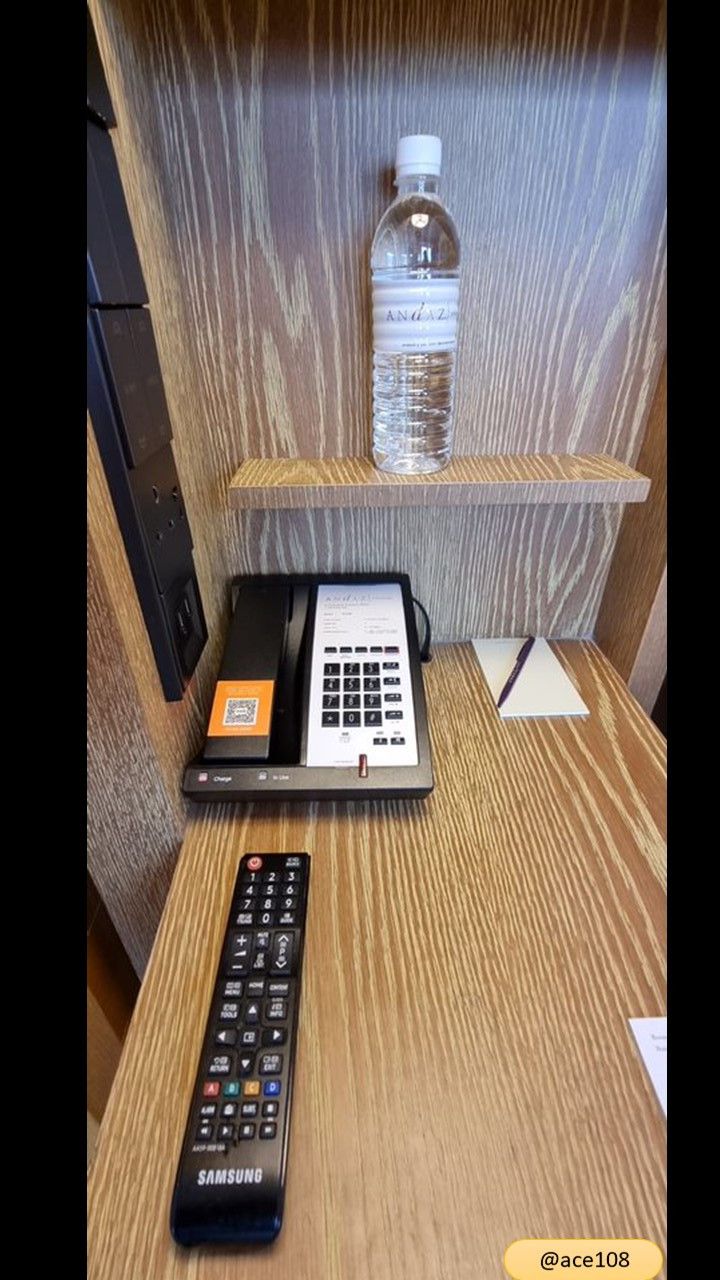 There were also power sockets with USB connection points at the side of the sofa. In addition, there was a HDMI port which I guess connect to the TV. 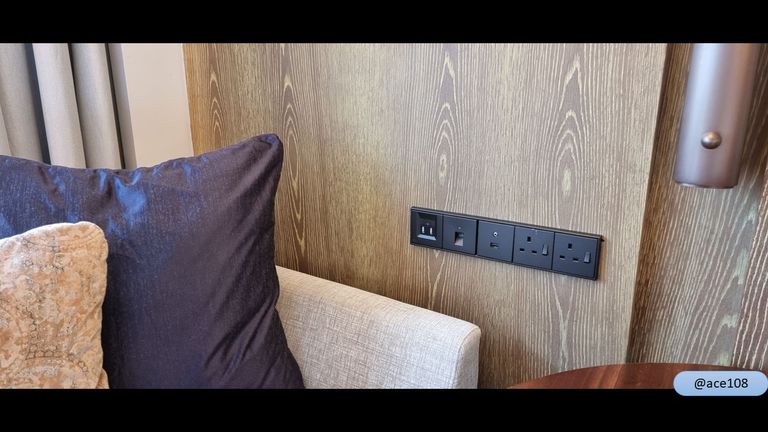 Overall was very nice until my wife flip over the comforter and saw a stain on it. 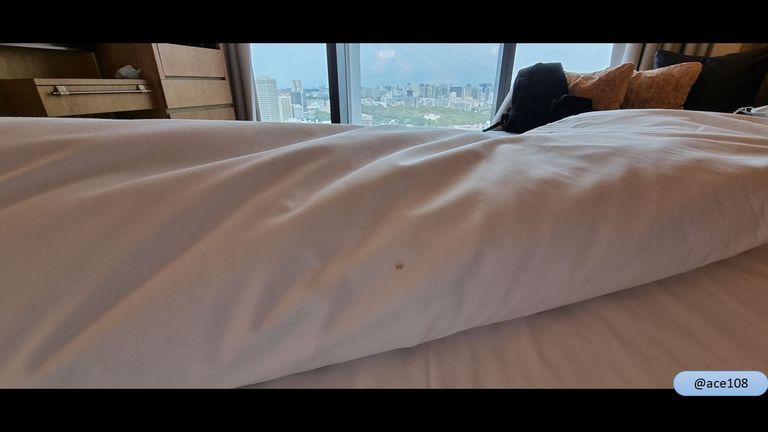 Here is a video I shared before in a previous post in case you missed it.

photography cn singapore blurtcn blurtlife
2 months ago by ace108
206.88 BLURT
12 votes
2
Authors get paid when people like you upvote their post.If you enjoyed what you read here, create your account today and start earning FREE BLURT!
Sort Order:
[-]
r2cornell-curate  ·  2 months ago

Thanks for visiting. Have a good Sunday