Saturday Night With "The Aroma of Wounds and Longing" 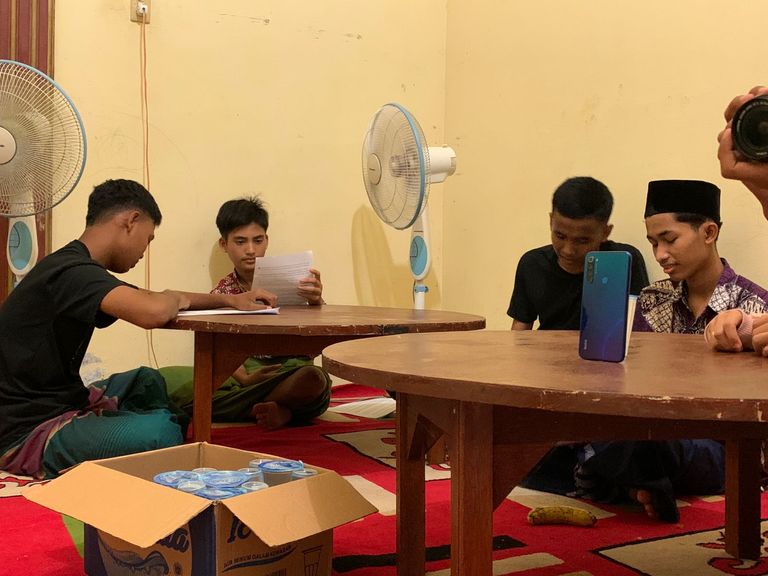 Everyone has their way of spending the weekend. Some people choose to hang out in cafes, go for a walk with their loved ones, go to the mall, and stay at home.

For myself, whenever the weekend comes, I usually spend more time at home, traveling, or filling discussion forums with young people in my area. As I did tonight, the Basajan team and I used our free time on the weekends to share knowledge with the children in the orphanage.

Me, @asianphotograph, Noza, and @marianiaceh arrived at “SOS Children's Villages Meulaboh Youth House” 20 minutes before the discussion started. Not long after, @ifullamri and @rahmattrisnamal followed. This is our first discussion this year with them. In previous years, we also routinely did the same thing.

In this session, the discussion was filled with reviewing the writing of Basajan members. Based on our schedule, tonight's discussion should be guided by my wife. However, because he was not feeling well, I replaced him. This discussion was attended by seven teenage boys, plus five members of Basajan who accompanied me.

The subject of our discussion is a literary work entitled "The Aroma of Wounds and Longing". This short story is the work of my wife which was published on Basajan.net two years ago. Before the discussion started, the supervisor of “SOS Children's Villages Meulaboh Youth House”, Mr. Iwan, gave a brief introduction and several future agendas that will be carried out involving the Basajan Team. Then I was invited to start a discussion with the children there. After giving a brief explanation about the short story that will be dissected, I asked them to read the entire short story that had been printed in their hands.

"The Aroma of Wounds and Longing," tells the story of a young man in the fishing village of Padang Seurahet who misses his younger sister Maneh. This short story is written in a back-and-forth flow. It begins with the story of Khaidir who is spending the night on the beach. In the distance, his eyes caught the flickering light of the approaching fireflies. The fireflies reminded Khaidir of playing with Maneh 13 years ago.

There is a feeling of happiness and sadness that creeps into his heart. The feeling alternates, like a rhythm with the right notes, producing a symphony of wounds. His eyes didn't feel wet. There is still regret in Khaidir's heart when he remembers Maneh. 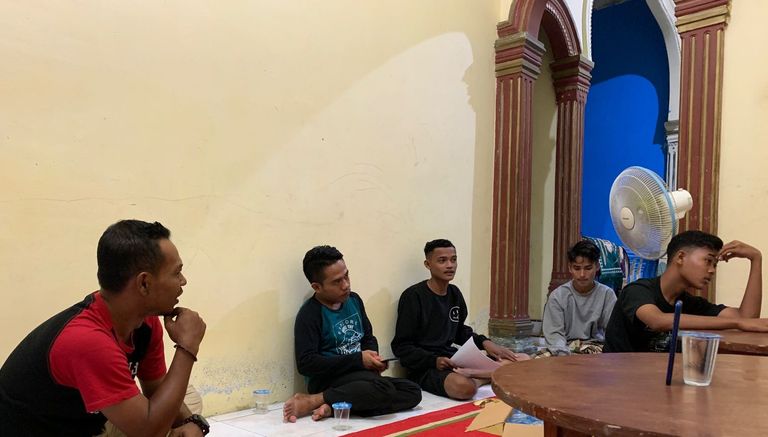 Khaidir loves Maneh very much. Every time she comes home from school, there must be a gift for her little sister. Whether it's the weeds on the side of the road that are uprooted and assembled for her beloved sister. Sometimes Khaidir gave Maneh a set of toys he bought from his savings or just an ice lolly and a loaf of bread. All were accepted by Maneh happily, accompanied by his best laughter until it looks Maneh's rotting front teeth were eaten by caterpillars.

That night, Khaidir was in the same place as 13 years ago. The night when he wanted to buy Maneh cake and candles. When the tongue of the waves that had accompanied him since birth betrayed him for the first time. When the ground he was standing on shook and brought waves to destroy his village, and hit his country. Takes almost the entire village of Padang Seurahet. Including Mom, Dad, and Maneh.

The waves brought not only his family but also Padang Seurahet. There is no more land on which houses are built. All was lost in the angry waves 13 years ago. Now Padang Seurahet is a lost village. Some of the residents who survived have built hope in a new place, including himself. The magic made him still able to stare at the dark sea that night. Play with the fireflies and enjoy the smell of longing and pain."

This short story is written based on a true story, about the condition of the village of people who were lost due to the raging tsunami in Aceh on December 26, 2004. Now the village of Padang Seurahet is only a name. Some of the ruins of the buildings that used to be residential areas can still be seen when the seawater recedes. This simple but touching story idea can be easily grasped by the discussion participants. 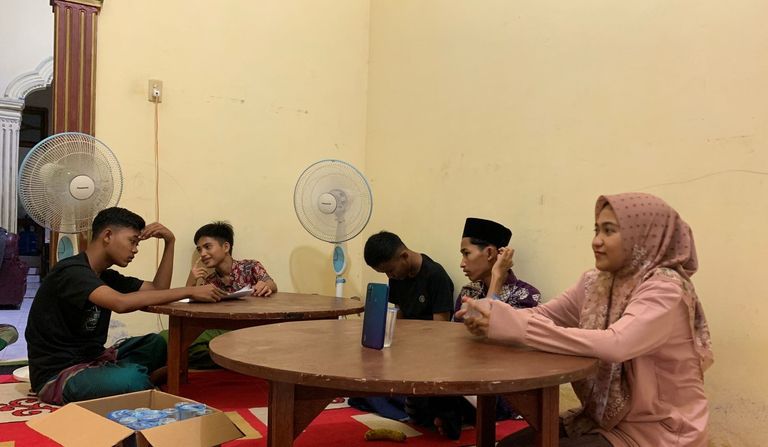 That's the weekend story that I can share with you all. Thank you for visiting, hopefully useful. How about your weekend story?

You are invited to use the tag #epistem when posting within the niche of the community. Also, follow us on @epistem and on our Discord community to keep abreast with the activities of the community.
The EPISTEM Project
0.00 BLURT
$0.00