A Day Running from Tigers 🐅 & The Beginnings of Lime Pickle 🍋

After three days work this week my cortisol levels are too high, and I woke feeling like I had to run from a tiger. That's the fight or flight stress response for you. There's not much to be done except move it out, drink lots of water and try to relax.

So, the morning was spent walking along the beach, tricking my body into THINKING it was running from tigers, then finding a few saffron milk cap mushrooms in a new grove of pines I found. I also had a cheap Chinese massage and came home to do a yoga nidra meditation. Sounds all relaxing but most of the time I was feeling panicky in my physical body. I wish there was surf as that usually helps better than anything.

By mid arvo things had settled down and I spent some time in the garden. The chooks were happy to be out and pestering me for treats. 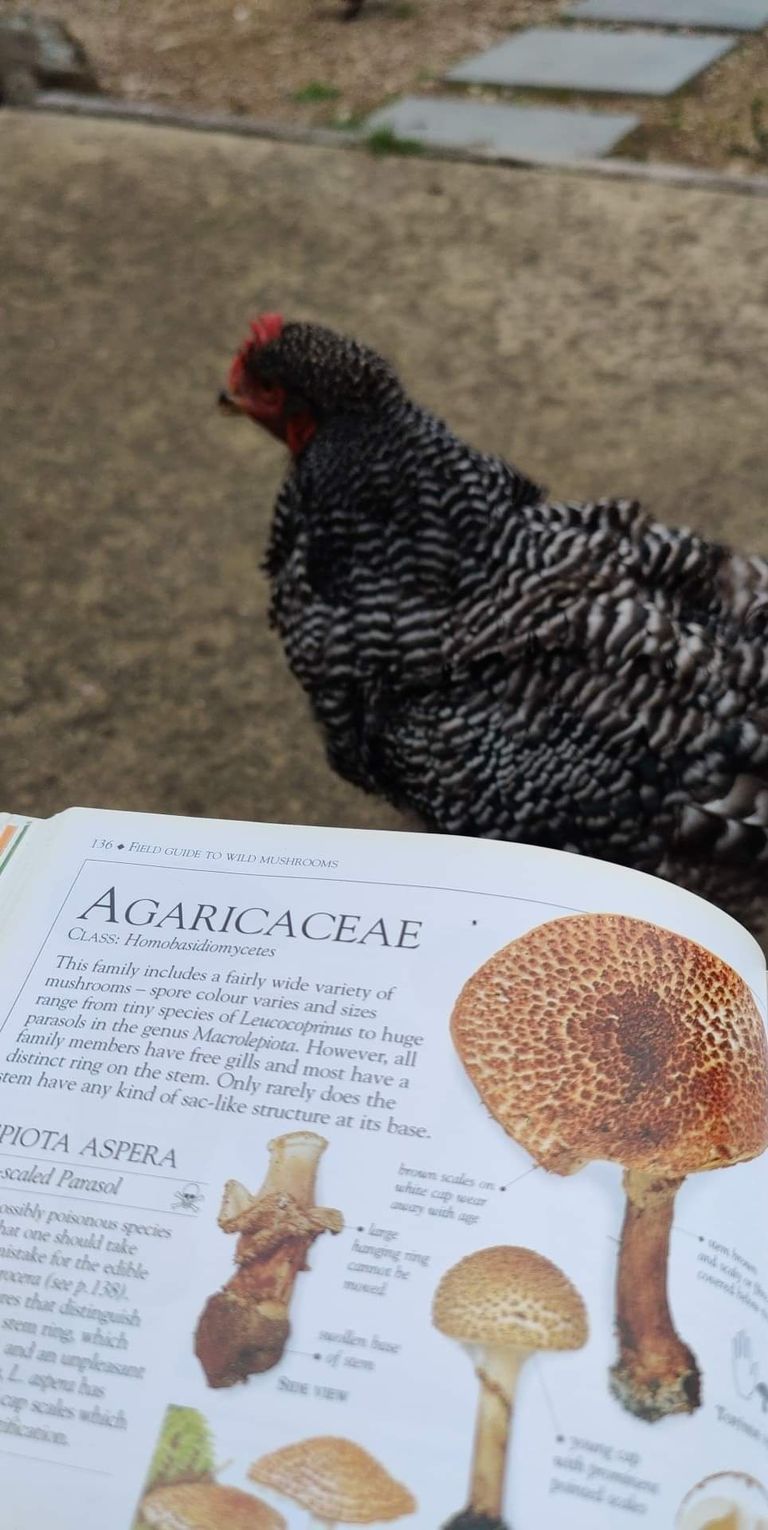 There were shaggy parasols growing with the comfrey - I bet these were the ones that made the news last week for some eedjits eating them from their garden and having to go to hospital. 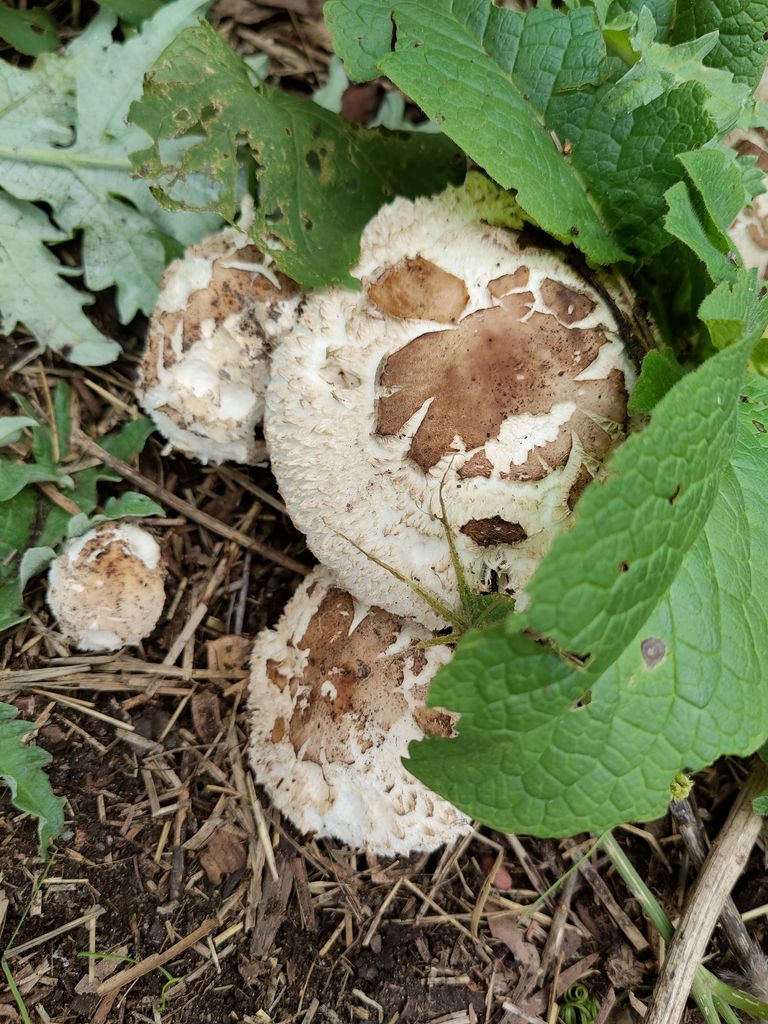 Next was picking limes as the tree was bursting. It was pretty cold out there so I wasn't over keen on doing much. Noticed the bugs had eaten the broccoli 🥦 seedlings again so giving up on broccoli this year. Didn't plant the natives in pots AGAIN. I'll do that on the weekend. 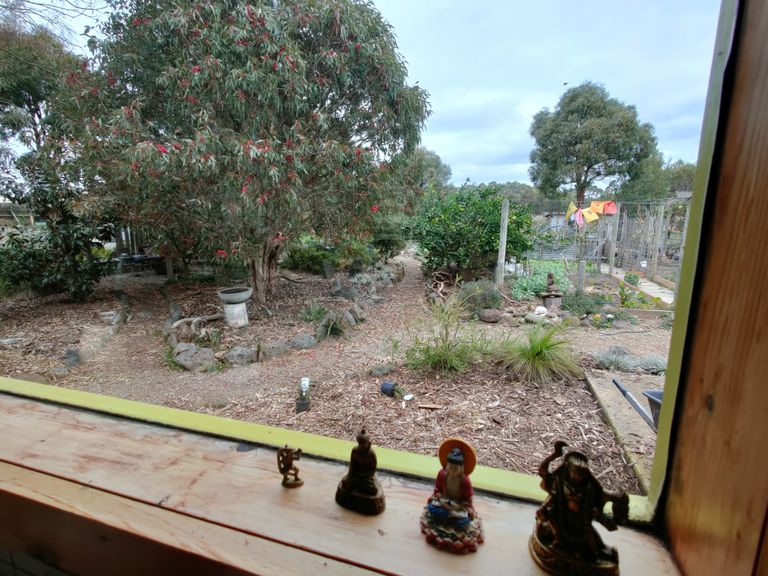 It was pretty relaxing listening to meditation music and cutting limes for lime pickle. Can you see my lime tree in the photo above? There's a lemon behind it too. 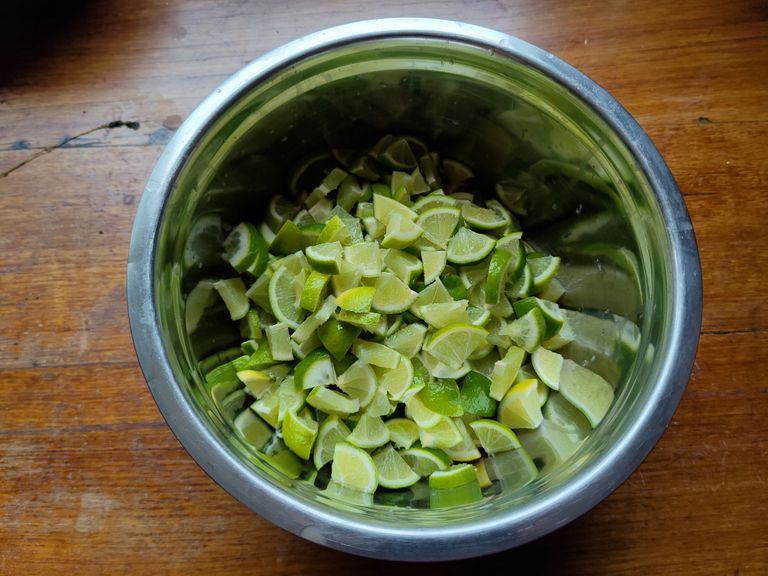 I'm doing a probiotic lacto fermented lime pickle, basically leaving limes and salt in a jar for a week or two before adding spice and oil. I adore lime pickle and it's even better that it's coming out the garden.

Now back to my book and a cuppa licorice tea. It's good to lower cortisol apparently and seems to do the trick. Tomorrow hopefully I'll be back on track and have left the tigers behind. Lots of things to do in the garden even if it's winter now.

Is lime pickle similar to preserved lemons? I love those. They make almost everything better.

Yes! I do those too. It starts off the same, then you add your spices and oil. I'm addicted to it.