Strawberries from down under 🍓

adetorrent in food •  7 days ago 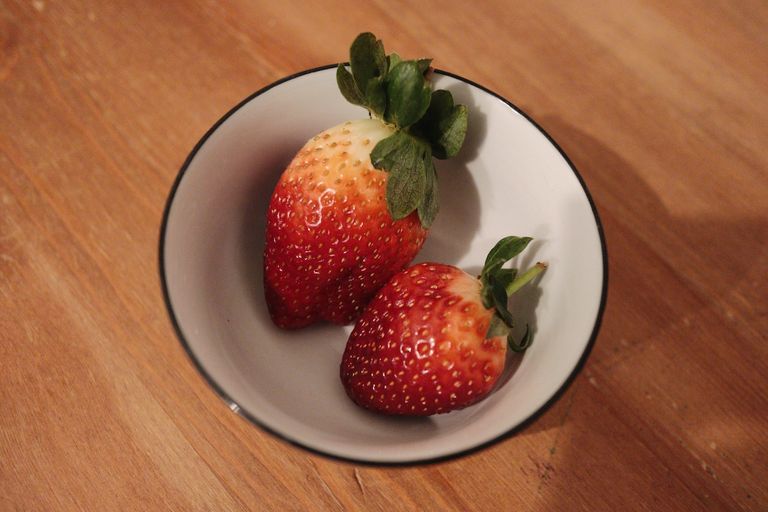 Strawberries are among the few fruits that are considered Keto. Strawberries are also among the most disappointing fruit to taste for the first time. It's not their fault really, it's because most strawberries are eaten the wrong way - off season or after having been flown across from the other side of the planet.

Strawberries are off season in the Northern Hemisphere, so these ones, since they weren't frozen, have come from either New Zealand, Australia or South America. They would then have been kept in a warehouse of sorts before being distributed to the supermarkets, from whence they finally arrive on my table. These are truly world travellers.

You can imagine then why the taste isn't quite as expected. They've kept their beautiful appearance, but since they were plucked, it was a race against time really. You've never had strawberries until you've eaten them off the stem (i.e, plucked by yourself and eaten directly). Then they are as delicious, if not more, than any other fruit. 🍓

food foodie blurtlove instablurt keto
7 days ago by adetorrent
31.96 BLURT
10 votes
$0.75
1
Authors get paid when people like you upvote their post.If you enjoyed what you read here, create your account today and start earning FREE BLURT!
Sort Order:
[-]
ultravioletmag  ·  4 days ago