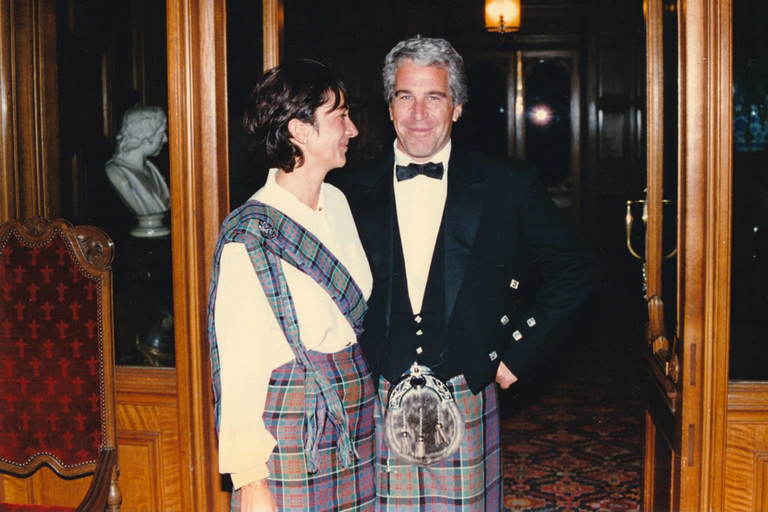 (Ghislaine Maxwell, left, is on trial for her actions in the Jeffery Epstein, right, child abuse allegations. Her actions are arguably worse or as bad as JE.)

This is a very important legal proceeding that will set a precedent for the "too big to fail" celebrities and big money executives who like to abuse people with their status. She needs to face a serious penalty if she wants to remain silent. Coming forward with the rumored photos of The Trumps and Clintons in the Pool on Epstein Island would be the one way she could redeem herself and potentially look at rehabilitation from that point moving forward. 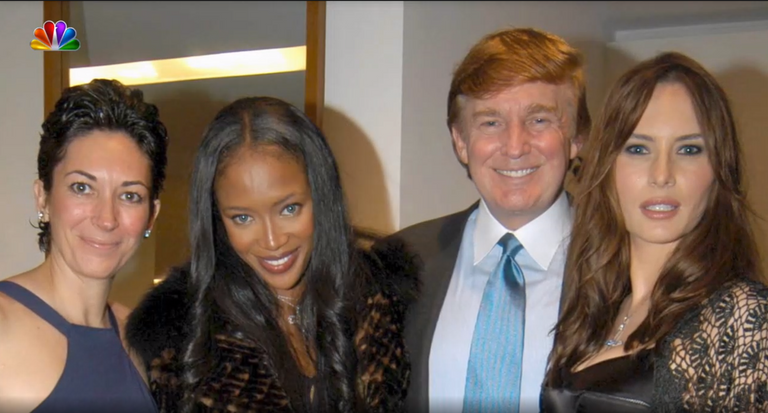 There is lots of people who will start to give her some modesty if she would speak to objective truth on these events, which we know is a long shot, but worth asking. She already had her first chance when they paid off the prosecutor in the early 2000s.

Trump - "I just wish her well"

This is an oddity in this whole predicament. There is also an unnamed Prime Minister implicated in the charges against Epstein.

There is properties across the world that are owned by Jeffery Epstein, the most Notorious are Little Saint James Island, a New York Penthouse, a London apartment, and a New Mexico Ranch.

Although the full picture is not yet clear to the public, we can make some inferences from interviews that have happened over the last 2 to 3 years, especially leading up to Epstein's "Suicide".

According to Sean Atwood Ghislaine's father who was a media mogul in the UK, Robert Maxwell, is the real man behind the mask. Atwood claims that Robert Maxwell handed the family business off to Epstein when he was dating Ghislaine.

To cut the to chase, he is accused of being a double or triple agent that worked for both the CIA and the Mossad. There was a passport found in an FBI raid.

This passport could even signify he was selling info to enemies of his own state, under the guise as a Saudi Arabian identity. This wouldn't be uncommon in that trade, especially with the level of prestige he had during the 90's before he was publicly known as a pedophile.

The Dirty Business of Information Brokerage

Buckingham Palace manipulated the Disney company into threatening ABC to not air the Jeffery Epstein and Ghislaine Maxwell testimonies they had from victims... Those victims cries went unheard, which is a huge insult the way justice is supposed to work for sexual assault victims... Out of Fear they wouldn't be able to Interview Kate if they offended the Royals.

Alan Dershowitz was also implicated in the ABC coverage that never seen the light of day. What happened to this interview with Virginia Roberts Guiffre? Amy Robach (ABC News Anchor) claims she had seen photos of Alan Dershowitz on the Private Jet owned by Epstein which is at the center of these allegations.

Is this why Project Veritas and James O'Keefe were targeted by the FBI, with invasive search warrants, in a way which poses a threat to press freedom in the week leading up to the Ghislaine Maxwell Trial?

This is very odd that Julian Assange would hire someone like Alan Dershowitz, after the life path Julian has lived. It almost makes you wonder if Julian is a deep state agent himself... Some sort of controlled opposition.

This is the rare look a prince has when he is caught red handed diddling a child... What a stupid bloke... The fact he did this interview proves he has actually lost his mind. Buckingham Palace was behind a huger push to take the 2015 ABC footage off the air.

I will not focus on that smoke and mirrors event about the suicide in the prison, its a dissolved narrative and not worth anyone's time. There is no evidence that quantifies anything , just pure hearsay.

Ghislaine Maxwell is found with her Cellphone signal as well as a property purchased with a name G.Max. The FBI arrests her with a search warrant and she has been in custody ever since.

Information comes out in Virginia Roberts Giuffre lawsuit against Prince Andrew. There is allegations of sexual abuse against minors from high ranking seats in society from around the world. From sitting Prime Ministers to former Presidents, as well as British Royalty.

There is one school of thought that believes Epstein was into black mail, but we now know the wealth was likely obtained from Robert Maxwell, who was handing off his information brokerage business to Jeffery when Ghislaine was dating Jeffery.

A trending reddit account for the /news reddit was very likely owned by Ghislaine Maxwell, and would make logical sense seeing as she followed in her fathers shadow up until his death. She discovered how easy it would be to use the internet to reach global audiences instead of setting up newspapers like her father.

Its very likely Ghislaine Maxwell was the most popular Redditor of all time.

It's a hell of an achievement, and everyone at Giz was curious about how Maxwellhill made it happen. So when I got an email from the Mysterious Max, I asked. Lucky for us, he answered. Or maybe she answered? The amazing thing about the emails we've been trading back and forth is that Maxwellhill has revealed almost no personal details.
https://gizmodo.com/the-story-of-the-most-successful-man-woman-on-reddi-5870091

I see his or her posts appearing on the front page all the time, and they are almost entirely political in nature (One sided to be sure). He posts numerous times a day. He is in the 11 year club and is a reddit "Charter Member," though I'm not sure what that means. He also moderates some rather large subreddits. What I'm asking is: is this person a normal redditor or is reddit his full time job? I don't know how else he could spend so much time on reddit. Who pays him, and how many others like him or her are out there?
https://www.reddit.com/r/TheoryOfReddit/comments/618lpf/is_umaxwellhill_a_regular_reddit_user_a_paid/

The account in question is u/MaxwellHill. For some background, u/MaxwellHill is one of the earliest and most powerful influencers on Reddit — a "charter member." The user is the 8th highest ranked account in total link karma (a points-based metric for performance curating for the site), was the first poster to reach one million link karma, and is or has been a power moderator for front-page subreddits such as r/worldnews, r/politics, r/science, and r/technology. u/MaxwellHill has been the subject of sitewide discussions, anonymous interviews, AMAs, and profiles. The account was created 14 years ago and has been an active, almost daily, poster since its inception.

That is, until seven days ago to the very hour that Ghislaine Maxwell was taken into custody in her home in Bradford, New Hampshire.
https://www.inputmag.com/culture/is-ghislaine-maxwell-secretly-one-of-the-most-powerful-redditors-of-all-time

A Church in Florida claims they own the Church in Sante-Fe County. They sued the state for years, and forced the court to make a desperate ruling due to covid-19 making finding legal council difficult.

Will the victims see any of the proceeds of this sale of the property they were abused at?

While more revelations about the Bill Gates–Jeffrey Epstein relationship have begun trickling out following the Gates’s divorce announcement, the strong evidence pointing to their relationship beginning decades prior to 2011 continues to be covered up by the media—not necessarily to protect Bill but to protect Microsoft.

This article exposes the same concerns I have about the announcement made by Melinda Gates within a week of the first announcement of her divorce with Bill Gates.

Less than a week after the initial announcement of the divorce, on May 7, the Daily Beast reported that Melinda Gates had allegedly been “deeply troubled” by Bill Gates’s relationship with child sex trafficker and intelligence asset Jeffrey Epstein. The report suggested that Melinda was a major reason for her husband’s decision to distance himself from Epstein around 2014 because of her discomfort with Epstein after they both met him in 2013. That previously unreported meeting had taken place at Epstein’s mansion on New York’s Upper East Side.

It goes so much deeper than any of the MSM is going to cover... As we found out from Amy Robach on the leaked ABC footage released by Project veritas.

While mainstream media outlets apparently agree that Jeffrey Epstein was a likely factor in the Gates’s recently announced split up, what these same outlets refuse to cover is the real extent of the Bill Gates–Jeffrey Epstein relationship. Indeed, the mainstream narrative holds that Gates’s ties to Epstein began in 2011, despite the evidence pointing to their relationship beginning decades earlier. 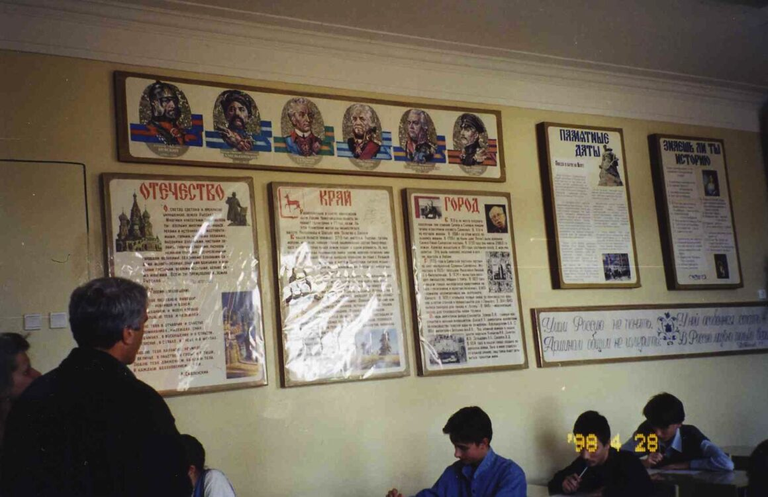 This would leave questions about how Jeffery Epstein was touring with Microsoft's Executives without the consent of Bill Gates. Especially on international business ventures into the post Soviet Union.

There will be a book released in early 2022 about Jeffery Epstein and Ghislaine Maxwell. 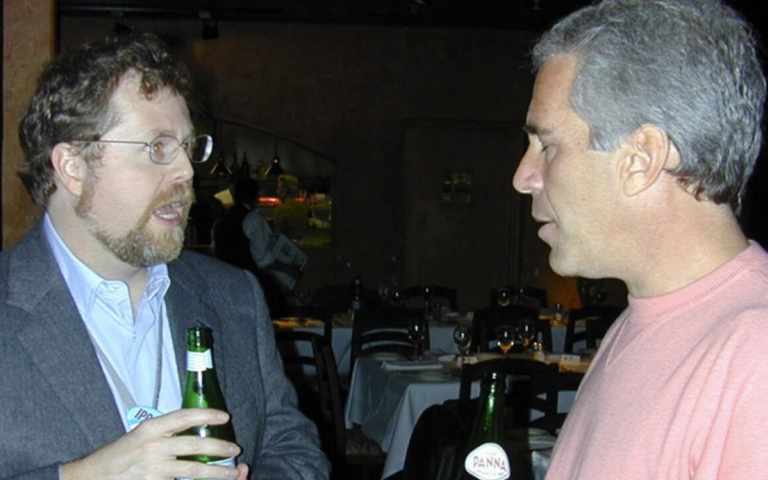 This investigation is adapted from my upcoming book One Nation Under Blackmail, which will be released early next year and will include a more complete investigation into Epstein’s ties to Silicon Valley, scientific academia, and intelligence agencies.

This could be disinformation and controlled opposition to divert us away from the guilt Ghislaine Maxwell played in the role as the recruiter for Epstein. She is portrayed as a mysterious and illusive woman who always kept her relationships and affairs private. Daddy issues and big shoes to fill are mentioned, yet it makes you wonder how much sympathy we need to give someone who was recruiting children for sex. She is a sexual predator, regardless of her daddy issues.

Robert Maxwell was a bully, there is no questioning that. He would rule his family with an Iron Fist. This series takes a deep dive into the reality of living in the shadow of media mogul like Ghislaine had experienced. Ghislaine went to Oxford and chased the high life as a public figure, much like her father. Betty Maxwell was also known as cruel, just like her husband Robert. They had a disciplined family.

Family friends in "Chasing Ghislaine" claim she tried desperate to fill her fathers image. He was known as a villain, so are we really surprised we are here with Ghislaine following in her fathers footsteps as a villain in the public eye at the end of her "illusive and mysterious" private affairs. 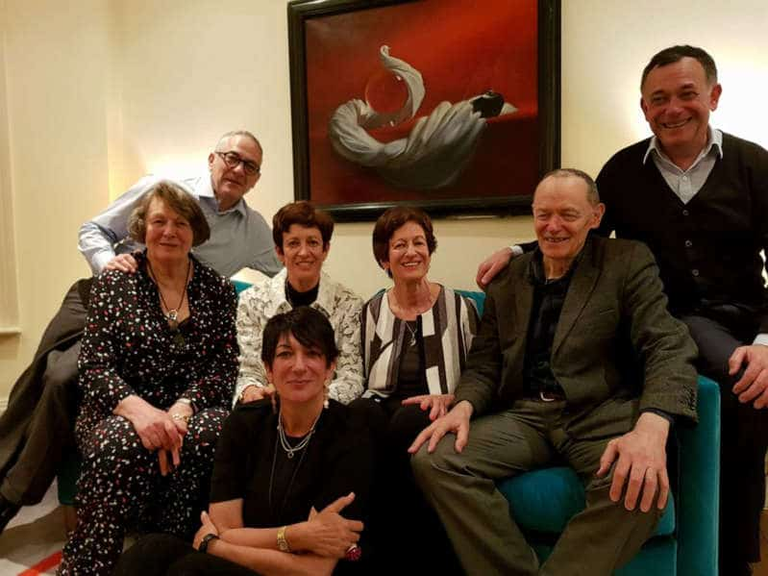 (Ghislaine Maxwell posing with her siblings, including twin sisters Isabel and Christine in 2019 in London.)

Is there anyone who worked for both Jeffery Epstein and Robert Maxwell who is going to come up in the Ghislaine Maxwell Trial?

Bear Stearns was the Financer of Epstein during the 80's, what does that have in common with money that Robert Maxwell was using?

I listened to these videos in the background as I made this article, most of what I heard is good insight into the events, but can not be taken as fact.

You may want to do searches on his properties, all over the place, there is rumors he had a breeding colony in Mexico that was not ever known to the FBI. If you have anything on that, its of particular interest to me, you will be upvoted!

About how Jeffery Epstein Paid Restitution

epsteindidntkillhimself news deepdives gmax politics
2 months ago by phusionphil
434.37 BLURT
14 votes
$5.05
1
Authors get paid when people like you upvote their post.If you enjoyed what you read here, create your account today and start earning FREE BLURT!
Sort Order:
[-]
samhenrytenplus  ·  2 months ago

Love in this context is that of an old wine...