elkezaksek in deutsch •  2 months ago 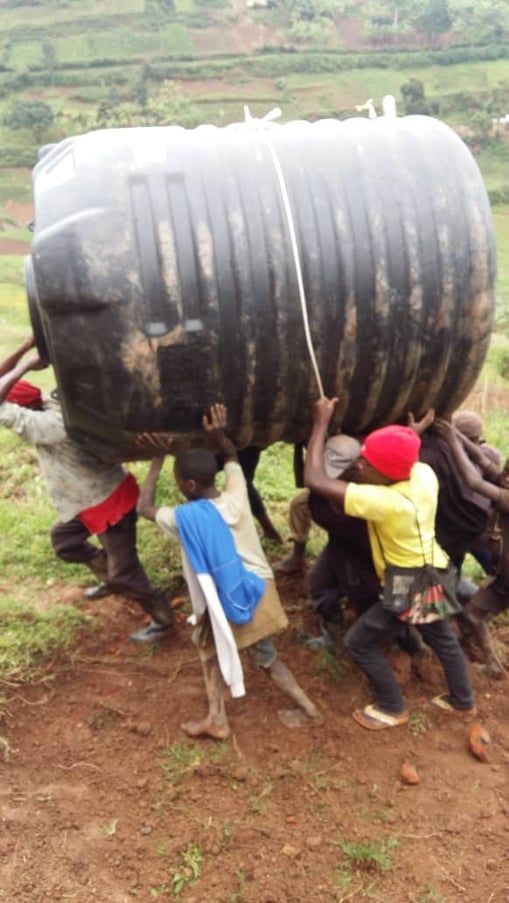 Water tank number 6 goes on a journey across Lake Bunyoni.
We are happy, also thanks to the support of some people here on the blockchain,
to be able to buy the water tank and now make life easier for some families. 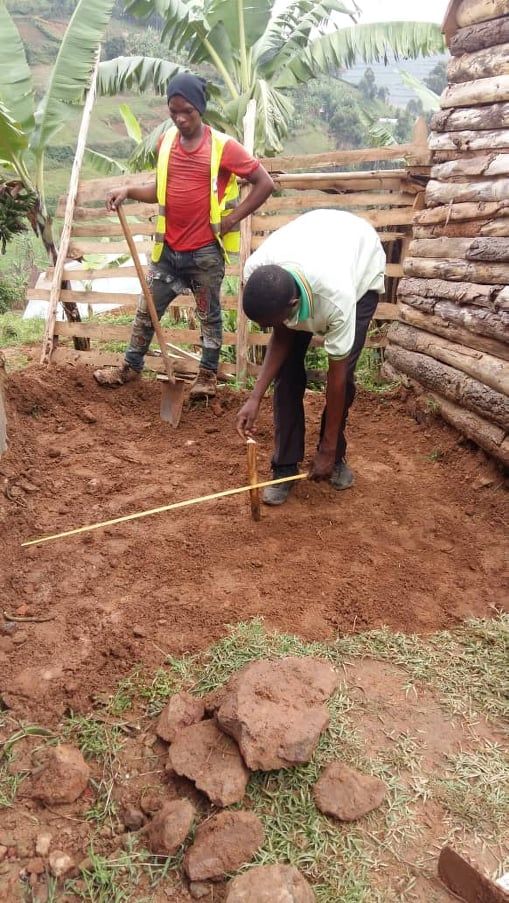 Now of course the foundation has to be built first so that it has a secure footing. 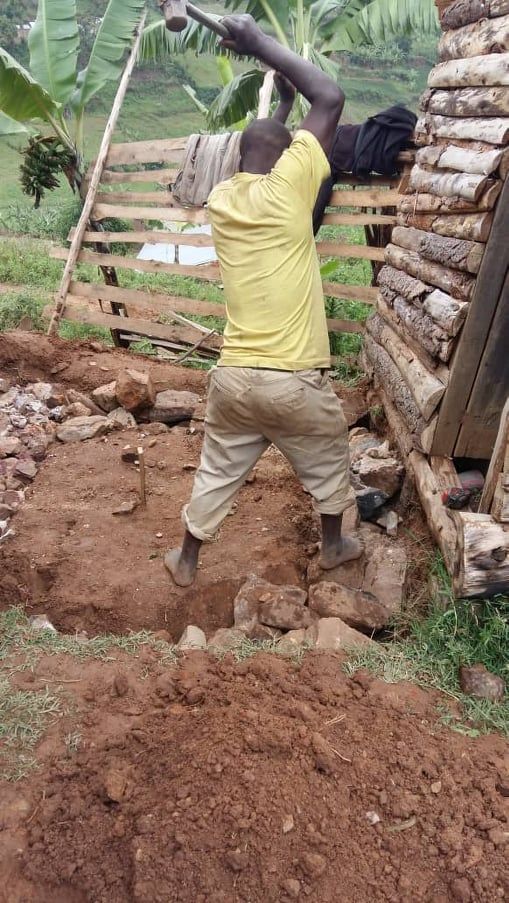 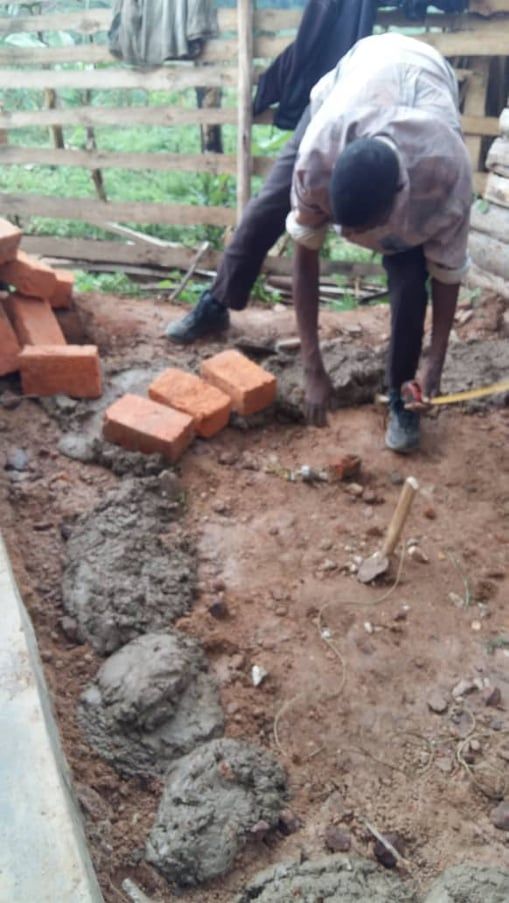 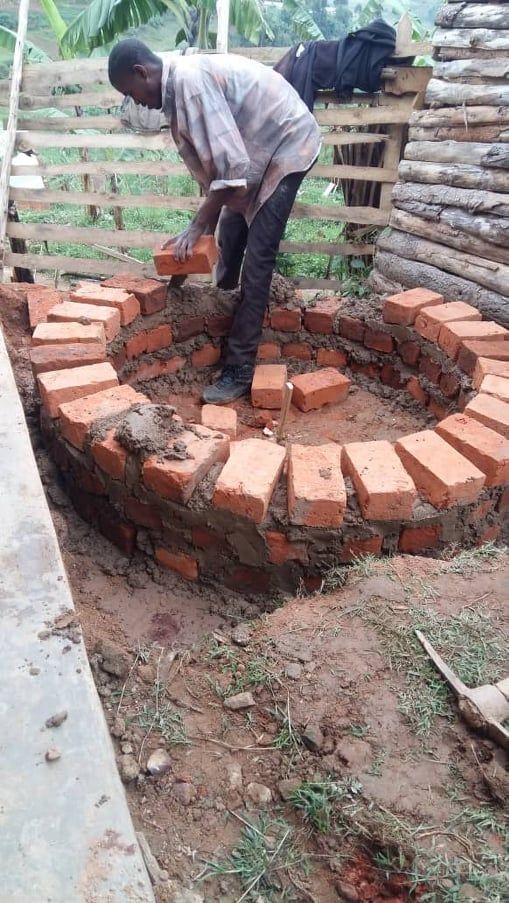 We would like to thank everyone who helps us
to make that possible!

deutsch blurtafrica blurtwomen curation charity
2 months ago by elkezaksek
2,750.57 BLURT
44 votes
20
Authors get paid when people like you upvote their post.If you enjoyed what you read here, create your account today and start earning FREE BLURT!
Sort Order:
[-]
jeyf123  ·  2 months ago

I'm new here but I saw what great things you have done here to support the less privilege. Good job . I'm so happy to he home. Here is home.

Thank you and welcome to Blurt!!

So much effort taking place in these photos. The one that caught my right away was the man working without shoes on. Here they would shut a work site down for not having steel toed boots.

Do you know what they are using to seal the bricks together?

Was also curious if you know the weight of that tank?

I think it's cement they use to seal the stones.
But I also asked, the answer will probably come tomorrow ...
I don't think they know the weight.
My husband, who has experience with such materials, says they weigh maybe 40 kg.
They are not particularly heavy, but very unwieldy.

@practicalthought At my grandmother's house we made a kiln with bricks and a mixture of clay, the bricks were made of clay material. I can remember that the paste mixture is clay, it can also be clay mixed with straw. These materials are super interesting because these bricks were from my grandmother's house and I remember that at night it was very cool because this material did not have the heat.

Congratulations on your project @elkezaksek, my dear friend, you have given me an idea to share with a friend a project that we have in mind to carry out.

I am very happy that I encouraged you to start your own project too! Excellent! That are really good vibes!

Thank you. I was wondering as the color is different in her pictures than the cement that is used here in the states. One of the things I love most about the social blockchain and interacting with others from around the world is the exposure to alternative, more natural ways of sustaining oneself and building structures, etc.

When I was a teen, I read a book called Zen and the Art of Motorcycle Maintenance. It was about a philosophy professor who had been driven insane by the concept of what quality really is. A true story, it depicted his first summer out of the mental institution. In a bid to reconnect with his young son, he took him on a cross country trip on his motorcycle. It didn't really work out unfortunately with the son.

I bring it up though for a different point. They were in the middle of nowhere, and his bike developed a major problem. He limped it into the nearest small town, and they told him it would be quite awhile for them to order the part needed and for it to be shipped to them. Not wishing to wait, he located a machine shop in town, rented one of their machines and made the part himself.

I have such respect for those who are capable of such things. I've never had the teacher when I was young, nor the time nor money as an adult to immerse myself in such doings. The exposure I see here in some of these posts are a gold mine for me.

Thank you so much for sharing.

I got the answer from Uganda today.
In fact, my husband was right, the water tank weighs 40 kg.
The stones in the foundation are fixed with a mixture of sand and cement.

No 6. This is what it cost when you have the humanitarian feelings. Great hard work my sister. You are the best.

Wow. You are really kind. I must say. You did a very good great job here. I wish I can help people grow like this too. Greetings

Thank you!
Everyone can do something for others.
But I have a feeling that society is becoming more and more superficial.
Much revolves around selfies, your own life and your own appearance.
Outwardly, many people pretend they have a great life, even though some are very lonely.
You don't need money to help others.
In the family, in the neighborhood, with friends, in the community ... there are so many ways to get involved socially.

Thanks so much for sharing such a post with us.

Good to see these project updates!

I love it too