chiomy in blurttradinghub •  6 months ago  (edited)
Hello Blurtians, I welcome you all to the very first edition of the @blurttradinghub project, which doubles as the first week and first assignment here. Basically, everything is new here, and I am hopeful that we will learn and grow from this. 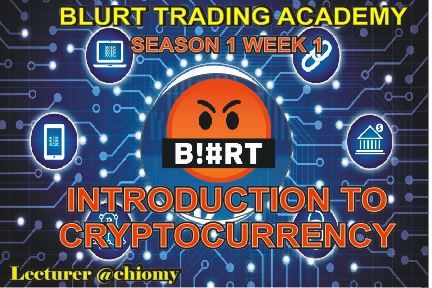 In this lesson, I will be talking about the topic "Introduction to Cryptocurrency."

At some point in time, you must have heard something about the word cryptocurrency, so today's lecture will likely not be strange to you, but if you haven't, no worries, that's why we are here for you to learn. In this study, we will be talking about the following: 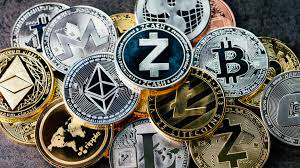 Cryptocurrency is a digital and decentralized form of money that is based on blockchain technology. By saying decentralized, it actually means that it is not regulated, maintained, or managed by the government or any central bank. Rather, the onus is on cryptocurrency users on the internet. It is reported that there are over 5,000 different cryptocurrencies in circulation. Some of them are Bitcoin (BTC), Ethereum (ETH), Litecoin (LTC), etc. Bitcoin is the most well-known cryptocurrency and the first to be extensively used.

Just like traditional fiats (Pounds Sterling, Dollars, Naira, and Euros), cryptocurrencies can also be used to buy regular goods and services. It is also a form of investment because it has the ability to appreciate in value. Cryptocurrency is a peer-to-peer system that enables anyone, irrespective of location, to send and receive payments. It does not need the banks to verify transactions (there is no need for middlemen or intermediaries). The transactions you perform with cryptocurrency funds are recorded in a public digital wallet.

How does cryptocurrency work?

As already stated, cryptocurrencies operate on a distributed public ledger known as the Blockchain. This blockchain technology records all transactions carried out, updated, and held by cryptocurrency holders. You may wonder where these cryptocurrencies emanate from. Cryptocurrencies are created through mining. Mining is the process of creating cryptocurrency units by employing computer power to solve complex mathematical problems that generate money. It is worthwhile to note that cryptocurrency does not exist in any physical form like paper notes.

The history of cryptocurrency

The history of cryptocurrency can be dated back to the 1980s. Initially, they were referred to as "cyber currencies." However, cryptocurrencies came into the limelight in the year 2008 and began to gain popularity following the introduction of Bitcoin.

Bitcoin was created by a programmer who has since chosen to remain anonymous but goes under the name Satoshi Nakamoto. In October 2008, Satoshi Nakamoto launched a paper titled "Bitcoin: a peer-to-peer electronic cash system," which outlined a system for developing a digital currency that did not require trust in intermediaries (middlemen). This paper is said to be the revolution of cryptocurrency. In the year following, Bitcoin was launched as a cryptocurrency and worldwide payment system.

The first Bitcoin transaction was carried out between Satoshi Nakamoto and Hal Finney on the 12th of January, 2009. Between the years 2010 and 2016, people lost faith in cryptocurrency as a good investment vehicle due to the volatility of the market, and it was until 2017 that cryptocurrencies saw unprecedented growth.

Introduction to the blurt ecosystem 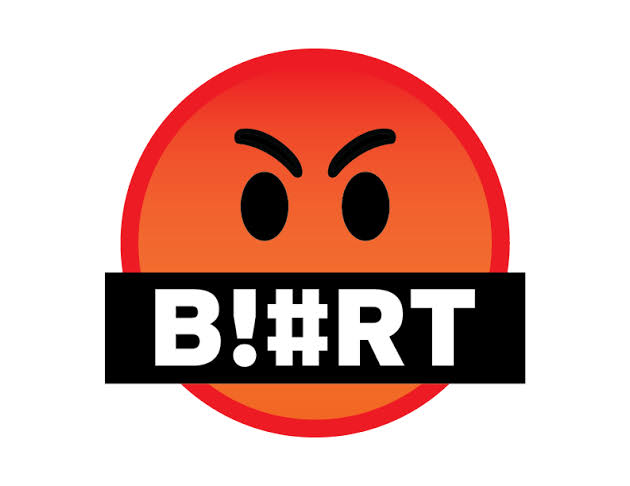 I am sure you have some basic knowledge about the blurt blog ecosystem, which is why you signed up and are fortunate to be reading this now. Notwithstanding, I will be giving a brief explanation of this platform.

Blurt is a social media platform that rewards its users for creating and curating good, original content. It was officially launched on July 4th, 2020 as a neutral fork of Steem. This was to signal independence from the war that existed between Steem and Hive blockchains at that time. By removing the downvote problem, Blurt creates a safe atmosphere for blockchain communities. It solves this by not including downvotes in the native chain logic. Invariably, it stands for freedom of speech and liberty. The absence of downvotes on blurt curbs the challenge of censorship and pre-censorship.

Blurt was the pioneering Graphene Blockchain to introduce a fee system which was set by validators and block producers (known as witnesses). The blurt blog ecosystem leverages a good digital points system for digital rewards. For each upvoted post, the token that pays out is called a "blurt." Blurt is a tradeable token that is listed on coinmarketcap and can be transferred anywhere at any given time. It can also be powered up, which converts it to Blurt Power (BP). This blurt power is an influence token which gives the user control over the payouts of his posts and lets him earn curation rewards (you can see this if you click the drop-down menu of any upvoted post). This BP can also be delegated to other users and communities on Blurt to help increase their influence. All posts made on the blurt blog pay out after seven days.
Reference

In this lesson, I have explained that cryptocurrency is a digitalized form of money which is not tangible (cannot be seen physically). There are a lot of cryptocurrencies available but the biggest of them all is Bitcoin. Cryptocurrency was created in the 1980s but gained popularity in 2008 after the advent of Bitcoin by Satoshi Nakamoto. Blurt is a social platform that gives rewards to its users for creating good plagiarism-free content.

Thank you for participating in today's lecture, I hope you learned a thing or two.

blurttradinghub blurt contest trade cryptocurrency
6 months ago by chiomy
467.91 BLURT
25 votes $1.59
9
Authors get paid when people like you upvote their post.If you enjoyed what you read here, create your account today and start earning FREE BLURT!
Sort Order:
[-]
r2cornell-curate  ·  6 months ago  ·

This is the entry to my homework task.
https://blurt.blog/blurttradinghub/@chaalee/submitted-by-chaalee-blurttradinghub-season-1-week-1-introduction-to-cryptocurrency-by-chiomy

Congratulations, your post has been upvoted by @R2cornell, which is the curating account for @R2cornell's Discord Community.

Hello, this is my entry for this class
https://blurt.blog/blurttradinghub/@hazqdee/blurttradinghub-season-1-week-1-introduction-to-cryptocurrency-by-hazqdee

Wonderful, can't wait to make my submission on this.. greetings to the lecturer