There is a proverb, sin in greed, death in sin. There are innumerable people in history who have been destroyed by greed History bears witness to the fact that man has made so many people that he has not been able to manage his life in this world for a long time. Greed is one of the weakest and most inferior traits of human character. With the help of which various avenues of unjust and illegal work are created. Through greed he always tries to find a way through which he can end the illegal activities in the right way and the road that he will create to end this illegal work brings danger to him on the road. He doesn't think a little better. He is putting John in danger for this greed. He is not hesitating to harm another. He is trying to lust for this kind of work.

All people, irrespective of race or religion, fall prey to this invisible force of instinct. All human beings somehow get involved in the life of this invisible force which no one can say. No one understands. Have you ever thought that greed causes various problems and insecure unrest in the family life, social and state level? Uncomfortable environment. This greed will separate you from your family and society because of your greed. Everybody starts insulting you from different mediums and because of this greed everyone suffers from insecurity and unrest.

Even quarrels over wealth between siblings, loss of sibling relationships, separation of relatives, and lawsuits with neighbors and involvement in corruption play a major role in destructive greed. What we see in our society today is that people are now ready to kill each other because of this wealth. They think that if they kill this man from the earth, he will become the owner of this whole property. Relationships are severed between relatives for a small amount of money. 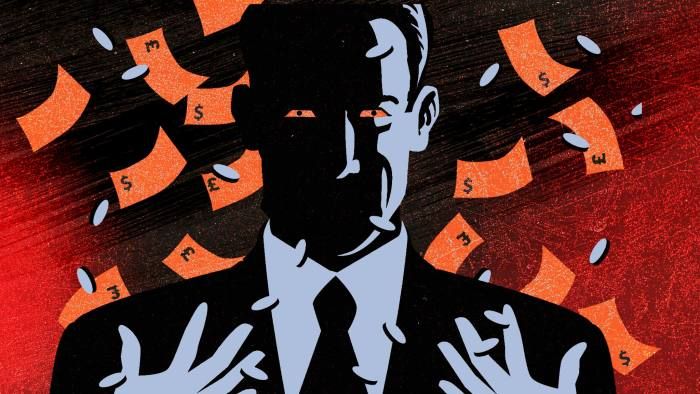 We have seen cases where brothers and sisters are being killed because of this property and greed is killing brothers and sisters. Family members are killing everyone together. When the permanent people of this world die, they will not be able to take these properties anywhere else. The next generation will come here and settle down, but they will never think about it. We don't think about it. The place was done. Once we came to earth, we wondered if we got this place. Did we ever build a home in this place? There must have been some other ancestors here before us. We still don't know the ancestral history of many people.

By surrendering to the nature of greed, he unjustly embezzles the wealth of others and does not hesitate to destroy the dignity of the people and even to kill others. I don't care if the person I am killing for this property went to the grave with his property. I killed him. Now if I had lived in that place, he would have killed me in the same way. I don't know if people think like this and think about what they will actually live in this world. In the hope of self-sufficiency in worldly life and in the addiction of illegally acquiring wealth, people forget the worldly life. Although he has a lot of wealth, he is not satisfied and he wants more. The man who has as much information as he has has the same human nature. Despite having a lot of wealth, the man says, "I have nothing. I need more. I want more. Whether it is another house or not, his dreams and cravings increase day by day. He thinks that a person cannot eat rice once and for all. Wishes Fulfilled Today people have no shortage of wealth, they can't afford to eat as much as they can, yet they want more.

Greed is one of the causes of human decline. Greed is a moral error. Greed robs people of happiness. The greedy man does not give thanks for any of Allah's blessings, but wants more than what Allah has given him.

Fear, miserliness and greed are said to be the origin of greed. And the root of all of them is to have a bad idea. Islamic scholars say that stingy people are always deprived and they do not succeed in any endeavor. Because they do not work for the pleasure of Allah but to satisfy their own lust.

Greedy people are deprived of the two best qualities and as a result they have two faults.

The believing servants are always grateful for the blessings that Allah has bestowed upon them and are content with them. And if something later increases his wealth, he is more grateful to Allah than before. He forgets and does not look at the wealth of others. This group of believers always lives happily and in peace. Because they want nothing but the nearness of God.

Greed, envy, pride give birth to many sins. In order to become an ideal human being by giving up greed, importance has been given to Islam in various ways in the Holy Qur'an-Hadith. The basic teachings of Islam are fear of the Creator, practice of ideals, suppression of evil and observance of decency. In this case, it is necessary to create the habit of acquiring the necessary knowledge, self-criticism, self-purification and learning the teachings of conscience. Otherwise destruction is inevitable.

Good people are not being evaluated in the crowd of greedy, flattering super enthusiasts. People protesting against injustice are stumbling. It is as if the greedy people want to swallow the world with their tongues! As much as man is uncreated in the world, he is doing it out of greed.