source
The idea of courage that most people have is that big step that results in extraordinary change in our life but we fail to recognize the fact that in as much as the big steps are vital, the little ones are also important. There are people who are of the opinion that they don't have the ability to do certain extraordinary things probably because they are not bold but they do not remember the little things they have done at one time or the other.

The ability to make little great moves such as being nice to someone who hurts you or being able to accomplish a big deal out of almost nothing shows how much courage you've got. This is an indication that you can make big bold moves. Sometimes, courage does not appear with a loud tone but it is seen in those little impressions that can make a whole lot of difference despite the fear that surrounds it. Courage is sometimes taking those baby steps.

Interestingly, life is so beautiful such that what seems like a bold step to someone is another person's little steps. This shows that we are all in different journeys and each individual have a way of going through their journey. Two friends who are doing the same thing may not be on the same level to solve the same problems the same way - this is what distinguishes us as humans. The first friend may be afraid of making a move that the other person wouldn't think twice before making because his confident level is greater than the other. source
There is a saying that I love so much and it goes thus, "little things count". It is not possible to achieve the level of being extraordinarily courageous about big things of life if you can't face little fears. It's these little fears that you conquer that serves as a foundation for the big ones. Celebrate your little wins and it will help you to achieve great feat.

Thank you for your time lovelies. 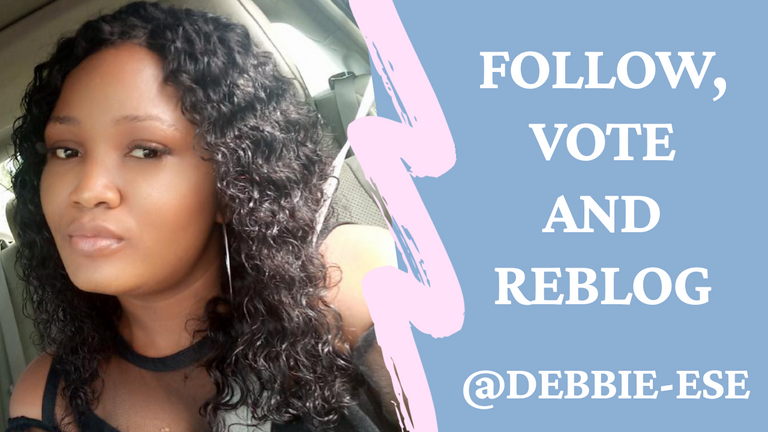 Your comments, criticism and votes are highly appreciated.

blurtstory helloblurt zapata blurtlife blurtafrica blurt r2cornell blurttribe
9 days ago by debbie-ese
19.56 BLURT
1 votes $0.07
0
Authors get paid when people like you upvote their post.If you enjoyed what you read here, create your account today and start earning FREE BLURT!