It doesn't look like the ball is on the stamp, strange thing happened in India-Africa Test! IND vs SA

The last day of the Indo-South African Test was a dramatic game out of a fishing game. Outside the field, the Indian broadcaster is now scrambling to get a wicket in the fourth over in the 21st over. As he was again hinting at giving to South Africa Rabichandran Ashwin's lbw appeal to the umpire then what happened is no less than a drama. Umpire Allah Ryan Pelker instructed Erasmus to change the decision. Immediately, the Indian cricketers became annoyed and everyone was surprised. Virat Kohli's Indian captain says Darun Deer played very well Lokesh Rahul said the whole country is playing 11 players Er 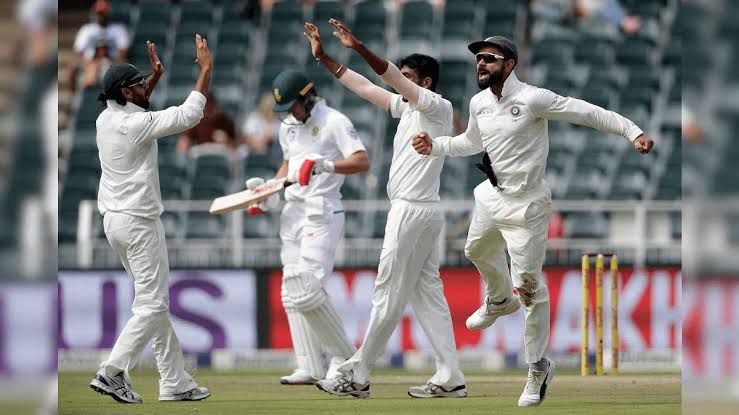 Source
Asin is heard speaking on the other side of the wicket when such talk is coming up. On the other hand, Asin is being heard talking on the opposite side of the wicket. Superstar Erasmus was surprised when he said that it was broadcasting abnormally. A separate organization called Hakai, which runs Supersport technology, is helping the broadcasters who are the leaders of the broadcasters. Supersport is helping them. "We need to take four wickets at the end of the day for India and South Africa need 111 to win. And the Indians are using their invisible power in the series-determining Test. Washing out broadcaster Super Sports.

blurtsports r2cornell cricket blurt instablurt
7 days ago by mdrasel442
32.04 BLURT
21 votes
$0.75
1
Authors get paid when people like you upvote their post.If you enjoyed what you read here, create your account today and start earning FREE BLURT!
Sort Order:
[-]
tomoyan  ·  7 days ago