Shortly after writing this morning's post, news of Burnley v. Leiciester's postponement appeared, in some ways making the decision very straightforward - Lucas Moura in for Son Heung-Min but in learning of this postponement, news of the likely postponement of Sunday's match between Arsenal and Spurs came to light and this evening, Arsenal have requested that this game get postponed.

Unfortunately, the decision won't be made until tomorrow, well after the deadline and with only 1 Covid case within each squad, it seems silly that the game get postponed. Either way, I like Spurs' game away to Leicester and with a lack of other midfield options, made the transfer anyway.

However, I don't like this fixture enough to have Kane captain so upon hearing news that Michael Antonio is carrying a knock and Ronaldo is fit to start, I decided to take a 4 point hit and have Ronaldo as captain. 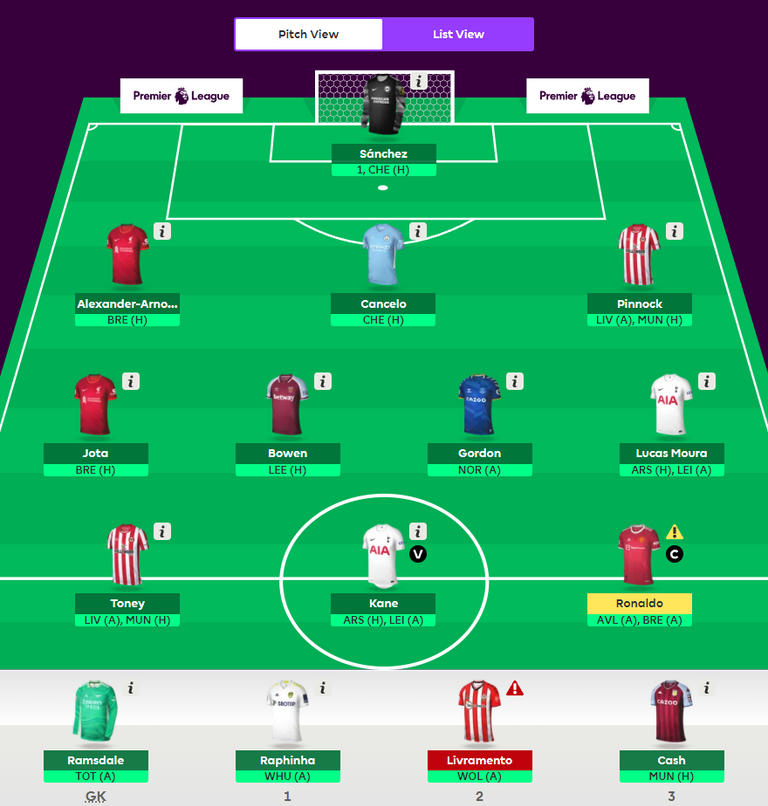 This gives me a decent enough team and some strength on my bench should any other games be postponed - I'm not entirely sure what I'll do in future weeks although Kane to Calvert-Lewin might be my play next week given Everton's good fixture run and number of games needing rearranging. We'll see though, I'm also half expecting another Double Gameweek in GW23.

blurtsport sports football fantasypremierleague fpl
9 days ago by the-gorilla
244.91 BLURT
19 votes
$2.69
0
Authors get paid when people like you upvote their post.If you enjoyed what you read here, create your account today and start earning FREE BLURT!