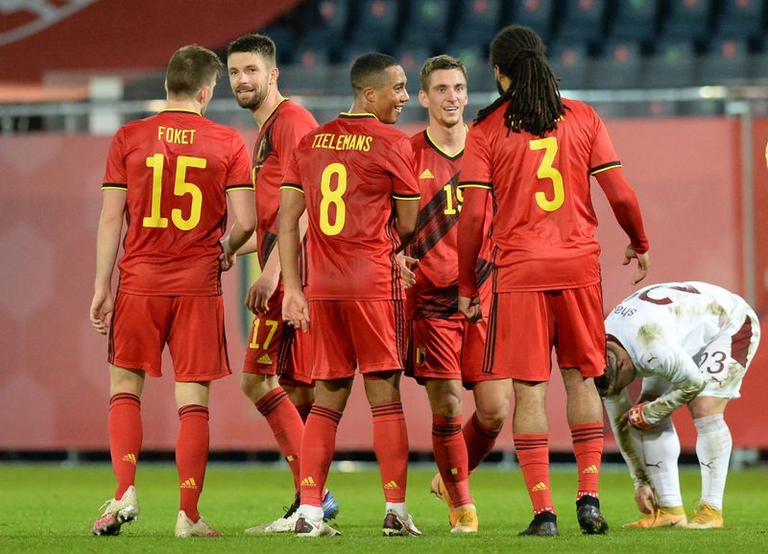 Still on the Nations league matches, there were a good number of exciting matches that were played. Belgium came out on top against England by beating them 2-0. This was probably the biggest fixture among the list, so as usual, the game drew a lot of attention and anticipation. This was a tough match on paper so it was difficult to really tell which direction the result would go before the game kicked off. Nonetheless, Belgium were the superior side in the game even thou England dominated the major stats, and came out with a solid 2-0 win. Youri Tielemans scored the first goal for Belgium very early in the game, on the 10th minute before Dries Mertens doubled the lead 13 minutes later to seal the win for Belgium. Overall, it was a pretty entertaining game of football and a solid win for Belgium.

Denmark (2) vs Iceland (1) – This was also one of the exciting fixtures. Denmark got the solid win over Iceland. As expected, this was a tight and tough match between the two teams. Both teams had a pretty similar stats which showed how close the game was. Christian Eriksen scored the first goal for Denmark through a penalty on the 12th minute. Things were looking like it was heading to a narrow 1-0 win for Denmark, until Iceland scored the equalizer. Vioar Orn K. scored the equalizer for Iceland on the 85th minute. When this goal was scored, it looked like a certain draw but the 90+2 minute penalty by Eriksen was the separator and match winner for Denmark. Good game and good win for Denmark.

Turkey (3) vs Russia (2) – This was another match that got a lot of anticipation. On paper, this was a tough match and a close match and it didn’t disappoint as it was a very close match and the outcome proved that. Denis Chervshev scored the first goal for Russia on the 11th minute. Kenan Karaman canceled the lead for the equalizer for Turkey on the 26th minute. Cengiz Under put Turkey in front on the 32nd minute. Cenk Tosun made it 3-1 for Turkey on the 52nd minute. Delar Kuzyayev pulled a goal back for Russia even with a man down but it wasn’t enough to take anything out of the game.

Italy (2) vs Poland (0) – this was another exciting match. Italy got the solid win over Poland. Jorginho scored the first goal for Italy on the 27th minute all thanks to the penalty. Domenico Berardi gave Italy the cushion lead on the 83rd minute. Late red card for Poland didn’t help at all, as Italy got the solid win.

blurtsport nationsleaguematch
11 months ago by nurrelkelv
171.46 BLURT
3 votes
0
Authors get paid when people like you upvote their post.If you enjoyed what you read here, create your account today and start earning FREE BLURT!