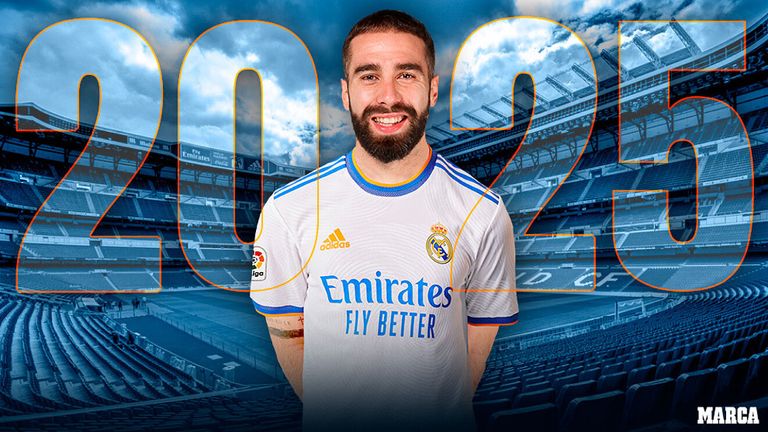 Real Madrid seem to be cleaning up their defense quite significantly this summer. Sergio Ramos has switched to PSG and Varane looks set to sign with Manchester United. The Spanish capital club, on the other hand, has announced that they have secured right-back Daniel Carvajal's signature on a new contract.

Carvajal switched to Real Madrid from Bayer Leverkusen back in 2013. It has turned into 296 matches in all tournaments in the Spanish big club and mixed, among other things, four Champions League trophies.

blurtsport blurtafrica blurt365 v77 life
2 months ago by footballpedia
1.58 BLURT
2 votes
0
Authors get paid when people like you upvote their post.If you enjoyed what you read here, create your account today and start earning FREE BLURT!