THE END OF HAUGHTINESS AND PRIDE

THE END OF HAUGHTINESS

"Humble yourselves in the sight of the Lord and he shall lift you up" (James 4:10) 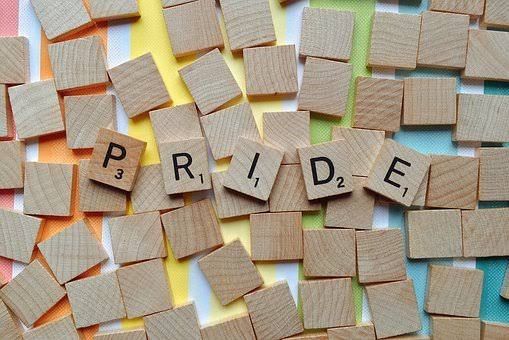 Some people seem to get all the good things of life and to our perception we get the opposite. They appear to have unlimited resources while we go about 'koboless'. They are prominent and visible while we are obscure, amounting to little. As David said, "they have more than heart could wish" (Psalms 73:7). Sometimes these are perceptions only. Pride is a vicious enemy of the Spirit, and the Bible speaks volumes on that point thus, "When pride cometh, then cometh shame" (Prov. 11:2) "Seeth thou a man wise in his own conceit? There is more hope of a fool than of him" (Prov. 26:12); "God resisteth the proud but giveth grace to the humble" (1Peter 5:5). The choice is yours!

Accomplishment makes some people proud, irrespective of their products. Mighty deeds make some men act as though achievements have drawn a line of demarcation between them and other toilers. Moses never gave in to that temptation. The end of those with haughty spirit is always shame.

Senacherib, the King of Assyria, became a juggernaut and out of control, from our text above. He dared every nation he remembered. He never sustained any defeat from our records. He became too proud. He remembered Judah and came against her, taunting their king, Hezekiah, not to be deceived by his faith on his God because all the other kings that failed, none of their gods could deliver them from his hand. A psychological military warfare meant to threaten and cause panic.

The king of Judah took the threat letter and went into the house of God, spreading it for God's attention. God spoke through his prophet Isaiah that because the king of Assyria had dared Him, his feet will not touch the land of Judah and the same way he was coming, the same way he will return. According to the word of God, he turned back on hearing a rumour. His henchmen murdered him unceremoniously and he ended in shame. Pride goeth before a fall, a haughty spirit before destruction. The king of Judah won without shooting a gun because he trusted the Lord. Can you identify any aspect of your life where you manifest pride? Trust God today for a fresh spirit of humility.

Every prideful venture will of necessity end in misery and regrets.

blurtreligions blurtreviews blurtstory r2cornell letsblurt
10 months ago by starryking
0.43 BLURT
2 votes
$0.01
0
Authors get paid when people like you upvote their post.If you enjoyed what you read here, create your account today and start earning FREE BLURT!