FROM ZERO TO HERO

FROM ZERO TO HERO 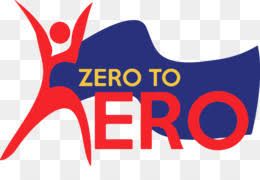 God's plan for his children is to give us the best in our universe, according to this text. Much as God has this plan, each and every one of us, is not a passive irresponsible player in the unfolding package. If we see the potential positions and align ourselves with His counsel and determination, we will hit the point of prominence.

Esther was an orphan in a land of captivity. Her uncle who decided to offer a helping hand to the helpless girl seemed to be single as well. Her uncle seemed to have lost everything in his land of nativity but held tenaciously to the God of Israel as He had counseled them to settle in the strange land and eke out a living. Many of the Jews had rejected the prophetic counsel with the high spirit that they will go back in few months interval. This uncle accepted his fate and accepted the prophetic words. He accepted a job in the Government House and gave himself to the demands of his office, big time. When opportunity came, he did not see himself as an alien, he took advantage of it; he encouraged Esther to apply because the earth is the Lord's. Warning her niece to be discrete, not revealing their nativity. Faith was at work.

Many of us use flippancy to destroy our opportunities. Her niece never sold out. A number of us could have disqualified
ourselves from the very beginning but diligence, grace and determination took over. Esther was chosen.

WHAT TRIGGERED OFF THE SUCCESS?

Stop looking down on yourself, your position and background. If God could pick Esther from such zero background to the hero position, you can be next. Hold on to your faith in God.

When we walk according to God's word, nothing is impossible.

blurtreligions blurtreviews blurtstory r2cornell letsblurt
11 months ago by starryking
68.79 BLURT
3 votes
$0.80
0
Authors get paid when people like you upvote their post.If you enjoyed what you read here, create your account today and start earning FREE BLURT!