shafiul in blurtlife •  2 months ago

I sat down on the floor of the tree with a pen in my hand to write something. In modern barbaric times, the desire to become a poet has suddenly awakened. When the whole earth is filled with tall buildings like poison boils on bricks and stones. When the darkness of the night is overshadowed by the light of the pepper lamp, the deep night has turned into the afternoon. 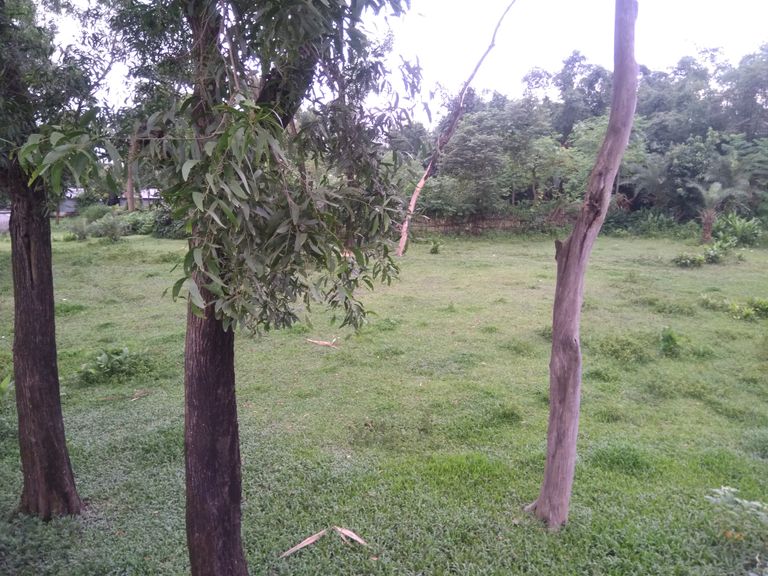 In such an era, my desire to become a poet has awakened.

Anyway, when I sat down to write, I would not leave without writing.

What can be written?

Yes, I will compose poetry. I will write better poems than the famous poets of the world.

But what about writing poems?

I looked up and saw a blue sky between the leaves of the tree On the huge chest of the sky, a few white clouds like peja cotton seemed to be flying away into the unknown. No! Not going 7 It's random vacationing, as if some boys and girls are playing gollachut.

Suddenly an uncle called out in a hoarse voice. It is as if he is ignoring me by composing poetry. Not neglecting, doing violence. He cannot write poetry because he was born a crow. He could not bear to see a famous poet compose poetry, so he came to disturb him. Yet some unfortunate poets or ugly crows have found the beauty of nature. I don't know why I got it.

I will start writing this time. I have no doubt that this will be the best poem of its kind. One of the best poems in the world needs to be named. What is the name? You have to think a little more. It is no longer a poem. It is said to be the number one poem in the world

Oops, by the time the poem is published, there will be a lot of buzz around. The best poem in the world, composed by the best poet ....... I became emotional just thinking of my name.

Anyway, I am writing poetry for now. But how to write a poem without a name? Of course, all poets give the name of the poem after finishing the writing, sometimes the poem is published without the name. But my poetry is not like yours and others. Speaking from the best poems

I was thinking the name of the poem with deep attention while looking at the sky and tapping the tip of the pen. Almost got it. Suddenly a rude bird called from the trunk of a tree. Before the call of the birds reached my ear cave, a little gray stool fell on the tip of the pen.

The mood turned sour as the thoughts parted. The best poetry in the world could be written quickly. Literary lovers of the world were deprived of the best literature in the world due to a rude bird.

In spite of hundreds of such excuses, Bangladesh has improved a lot but no one has been able to find even a speck of development.

blurtlife blurtbd blurtravel r2cornell blurtstory
2 months ago by shafiul
63.96 BLURT
8 votes
3
Authors get paid when people like you upvote their post.If you enjoyed what you read here, create your account today and start earning FREE BLURT!
Sort Order:
[-]
dsc-r2cornell  ·  2 months ago