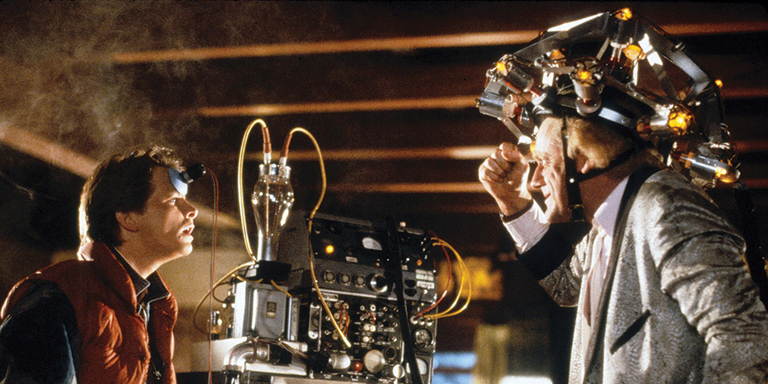 Back to the future

Dr. Emmett Brown was in the bathroom standing on the toilet trying to hang a clock when it all happened. First he was knocked out cold when he slipped and bumped his head. Then an idea came to him in a vision.

Dr. Brown sketched out what he saw and years later he understood it as the flux compressor. This Eureka allowed Emmett Brown to send objects through time using flux energy.

This is 1980's science fiction but the point I want to pay attention to is where Emmet Brown was when he made his Eureka discovery. Emmet Brown was in the bathroom when he discovered the flux capacitor. 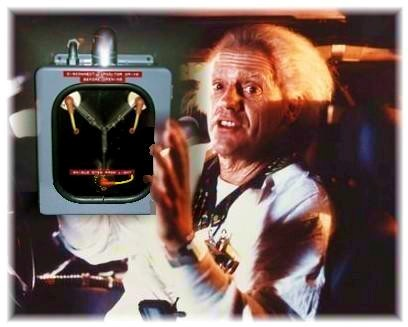 The bathroom is a dangerous place and he could have slipped and fell and died in the bathroom, but it also contains a plethora of ideas.

What makes the bathroom the starting place of epiphany?

First, the water rushing over our body creates a rush of dopamine from our brain. Just like when you run or listen to good music. This feel good chemical opens the flow of the brain. The NIH did a study of showers and dopamine .

Next, the shower relaxes us. There are no constraints of clothes or worries. All the dirty things of the world seem to go down the drain leaving us fresh and relaxed.

When we are in the relaxed state of mind our thoughts go a little deeper than normal. We begin to make insightful connections we wouldn't make if we were less relaxed.

It's like we get out of tune to get in tune. The same thing happens when we have had a couple drinks. We get in a relaxed state and ideas we wouldn't have thought of before come gushing out. The creativity juices begin to flow and we see the world in a new perspective.

Finally, In the shower we are distracted. All those things we concentrate on all day are gone away and our brain opens up deeply allowing the subconcious an opportunity to do its work and arise to the surface. The ideas are not solved analytically, but creativly just sizzling in the shower. The mind is let go and relaxed, dopamine is released and then the idea comes, "Eureka!"

Today not many people say, "Eureka". Perhaps it is too many syllables. When people today have an epiphany they quickly refer to a four letter word. It is an "Oh, Fu*K!" experiece.

A lot of things happened in the shower in history. The flux capacitor is just the beginning.

Most likely the word Eureka was first spoken buoyantly in a bathtub. 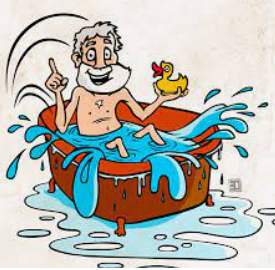 Alfred Hitchcock's movie Psycho took advantage of the relaxed state of the shower to create an amazing tension and suspense in those watching the classic horror "psycho". Because our guard is down, the bathroom may be the most dangerous place in the house, but it is also the place many have sprung with creativity.

Anton Schindler wrote in his biography of Beethoven explaining that Beethoven did really enjoy his baths.

he would stand in great deshabille at his washstand and pour large pitchers of water over his hands, bellowing up and down the scale or sometimes humming loudly to himself. Then he would stride around his room with rolling or staring eyes, jot something down, then resume his pouring of water and loud singing. 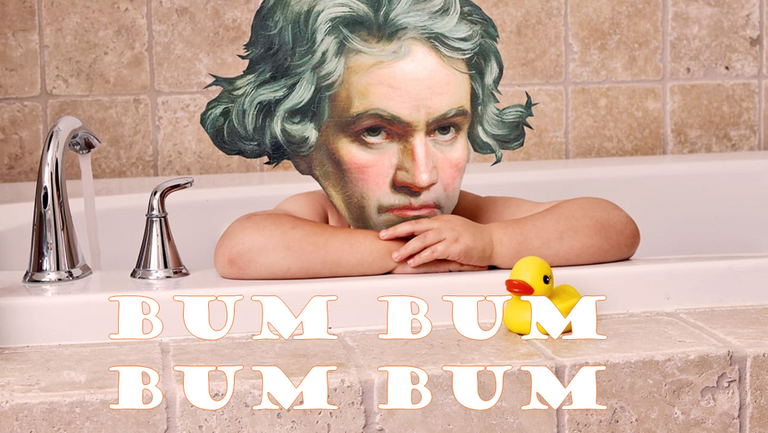 Beethoven was not the only musician inspired in the bathroom. Paul Simon says in a 1984 interview with Playboy that he was inspired to write Sounds of Silence after some time in the bathroom. He would close the door with the lights out and run the water and just listen. He brought his guitar in the bathroom and played along. 1984 Playboy Interview Archive

Benjamin Franklin the great inventor and statesman loved his baths. He even loved air baths where he would sit in the air for a certain amount of time and dry off in the breeze. In fact as America's first diplomat to France, Franklin brought a bathtub back to America with him and introduced the bathtub to American households.

It's been hot all morning and I really need "a Eureka", I mean "a shower". Just like everybody else, the shower cools me down and dopamine is dope.

It just hits me, Eureka! I need lunch. I have a couple eggs and some spinach and tomatoes. I'm making an omelet. Oh, Eureka!! It's going to be delicious. 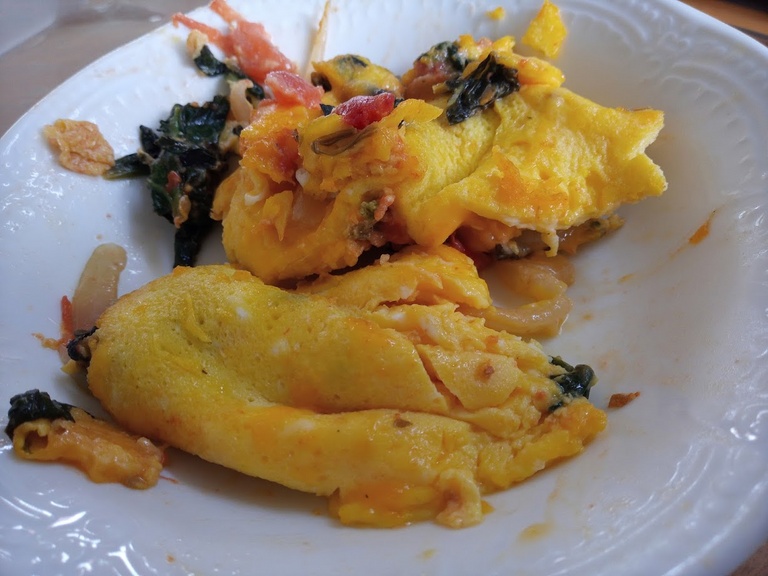 Eureka can be found in the slightest epiphany. If we listen we can hear the voices of creativity and new ideas. We can use what we have to make this a better world. And we can enjoy spinach omelets.

Here's the Eureka song that started in the bathroom.

blurtlife blurtpower blurt blurtit
5 months ago by mineopoly
1,571.75 BLURT
23 votes
1
Authors get paid when people like you upvote their post.If you enjoyed what you read here, create your account today and start earning FREE BLURT!
Sort Order:
[-]
dsc-r2cornell  ·  5 months ago