The Wild West of the Algarve, Portugal

One thing I really like at living in Lagos and also was a reason to pick this place is that you have two coasts.

There is the south coast with barely any waves (at least during summer), crystal clear water and dozens of swimming and sunbathing beaches. And then there is the west coast that is totally different. It gets bigger waves, the cliffs are steeper, the landscape is rougher and so is the wind. If you look on the map it´s pretty clear why it is like this. I hope that I will be able to surf the south coast as well this winter but if not, the west will always offer some good waves.

I´ve already been to Praia de Castelejo that is only a 30min drive from where we live. Yesterday we drove a bit further north to Praia Carrapateira and it´s famous cliff walk. This is a pretty exhausting 10km loop walk that will take you upto 3 hours. If you´re lazy like we were yesterday you can drive it and stop every now and then or at least at the numerous Lookouts along the way. I might do that complete walk in winter but yesterday it was simply to hot to walk the whole way. I had the feeling that the westcoast is even more dry than the south coast, at least in summer. The following photo will show how dry summers are in this region. We´re here since more than 2 weeks and I haven´t seen a single drop of rain. 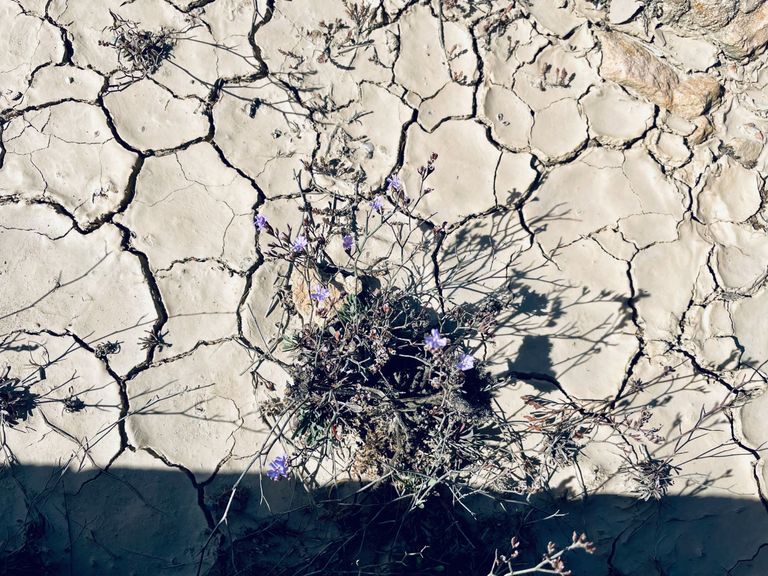 One might think that this is pure untouched nature. Well, it is in some way as there is hardly any chance to built something or monetize the beaches here. But what happens above the beaches on the cliffs is a different story. Thousands of campers and van-livers come to Portugal every year and want to experience the wild coasts. Some are responsible and know how to treat nature and some are not. That´s why you will always find places like the one below. In fact it looks like this almost everywhere. Sometimes you can even smell urine, pretty disgusting. Anyway, there is not much you can do about it so let´s continue with the beauty of this little headland.

Since the cliffs are very steep there is no chance to get down everywhere. But there are a few beaches on this loop that are accessible. One is Praia Bordeira what seems to be a great surfing beach. The other one is Praia Amado further south.

Both are beautiful, but I was more fascinated by the boardwalk over the cliffs with its breathtaking views. 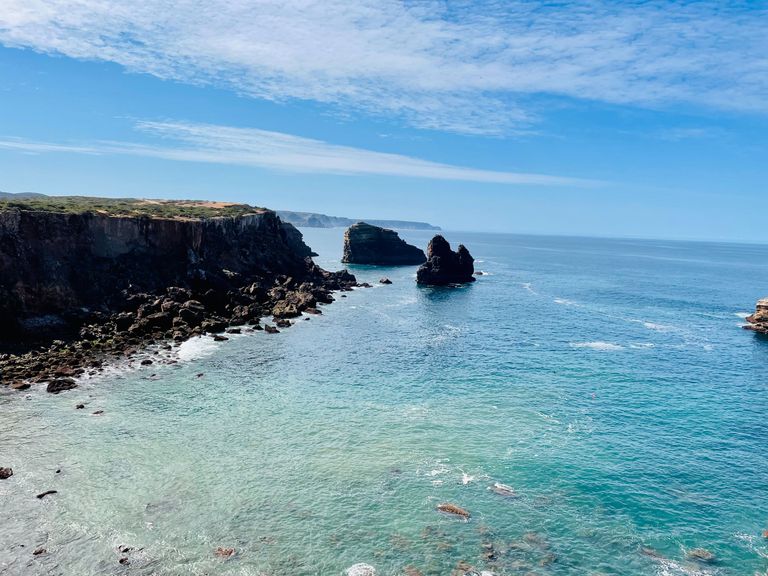 Many people told me that I will love the south of Portugal if I like Australia that much. Now I understand, the coasts are indeed very similar at some parts. After all the stops at these beautiful Lookouts I got hungry and we went into the small village of Carrapateira to have lunch. I haven´t experience such a quiet like here in a long time.

Beautiful place and great to make some more photos. That are by the way, were taken with my girlfriends iPhone 11 and not with my camera. It´s crazy how good this camera is. Hope you do like them as well. Love the cat most... Haha. Welcome here in Portugal my dear.

Congratulations, your post has been upvoted by @r2cornell-curate, which is the curating account for @r2cornell's Discord Community.

Our Discord Server and community is located at: Discord