This post is just to introduce everyone to Oilahuasca,

This is my favorite thing I have ever heard about Oilahuasca, it was in a forum post in a Forum that no longer exists, "Some people have reported Psychedelic effects from Mixing just Coffee, Almond, Cinnamon, Vanilla and Nutmeg".

Dr. Sasha Shulgin:
"The major essential oil from that spice is myristicin, and it is the easiest source of MMDA. It has been reported that the passage of this oil through the liver of a rabbit will generate MMDA in that animal."

Dr. Sasha Shulgin:
"the synthetic intermediate 1-allyl-2,3,4,5-tetramethoxybenzene is one of the ten essential oils, the amination step from our hypothetical reaction in the human liver would make TA one of the so-called Ten Essential Amphetamines." 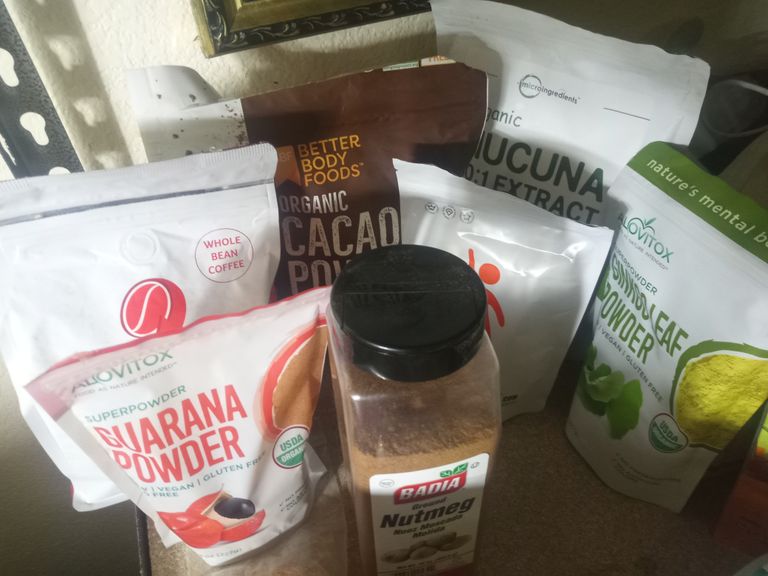 This have a noticable effect with 1 sip, hard to explain. It then was a strange experience and I can't say how it was explicitly different than caffeine alone but it was, more tests need to be done and all ingredients added, and in the right order.

The name Oilahuasca comes from Ayahuasca because of the Similarity in MAOIs and what we are doing here.

This also generally supplies your Brain with anything it is missing.

Congratulations, your post has been upvoted by @R2cornell, which is the curating account for @R2cornell's Discord Community.