The dengue virus, bacteria and the mosquitoes

hafiz34 in blurthealth •  3 months ago

Dengue is one of the most rapidly spreading viral diseases transmitted by mosquitoes. It is prevalent in many parts of the world, notably in Asia, Africa, the Pacific and the Americas. Every year, approximately 400 million people get infected with the virus. Of them, one out of four shows clinically apparent symptoms. Annually, around 20,000 people die due to Dengue and its complications.

Aedes aegypti mosquitoes, which breed in standing water, is the main vector for this virus (Aedes albopictus is another mosquito). When it bites us, the dengue virus enters our bodies. They also transmit the virus to the next generation mosquitoes. So far, prevention of the virus, hence controlling/destroying the vector mosquitoes is one the best management options. 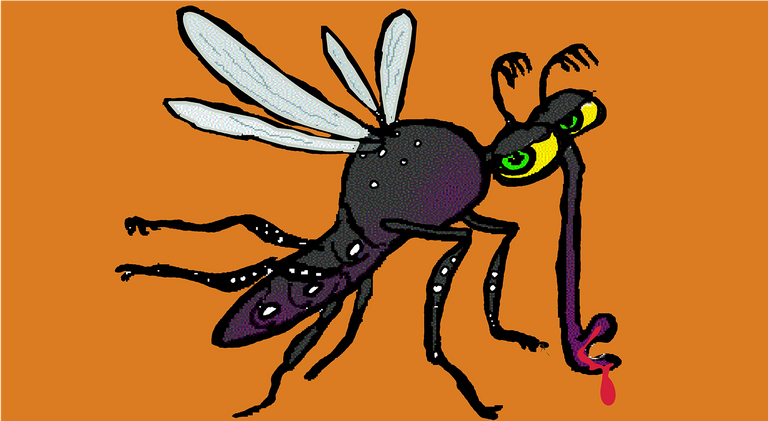 image is from pixabay

Wolbachia is a bacterium. These harmless bacteria are commonly found in over 60% of the insects such as in butterflies, bees, moths, fruit flies etc. However, they normally don’t infect our Aedes aegypti.

Thanks for bearing with me. Now coming to the main part of this post. Don’t worry. I am going to wrap it in short.

More than 10-12 years ago, the researchers discovered an interesting phenomenon involving all these three creatures. They found that the Aedes aegypti mosquitoes infected with the Wolbachia bacteria can’t transmit the dengue virus. Rather, the bacteria can spread pretty fast from mosquito to mosquito during their mate, rendering the mosquitoes unable to transmit the virus.

This lab experiment was taken to real-world implication by the World Mosquito Program. The project was conducted in Yogyakarta, Indonesia and was funded by the Bill Gates Foundation. The result of this trial was published in the New England Journal of Medicine in June 2021 [Original article title: Efficacy of Wolbachia-infected Mosquito Deployments for the Control of Dengue]. It showed that the number of dengue cases was reduced by 77% and hospitalization cases by 86% during the trial. Pretty good, isn’t it?

The World Mosquito Program is now expanding its project to the other parts of the world where dengue is considered a threat. If this procedure keeps working, it will help to prevent Zika, Yellow fever and other diseases transmitted by Aedes aegypti.

blurthealth blurtbd r2cornell
3 months ago by hafiz34
52.78 BLURT
8 votes
$0.58
2
Authors get paid when people like you upvote their post.If you enjoyed what you read here, create your account today and start earning FREE BLURT!
Sort Order:
[-]
tomoyan  ·  3 months ago