We are all Satoshi

The figure Satoshi Nakamoto is starting to take religious overtones in the world.
Like Jesus Christ, nobody knows the true face of the Messiah of the Blockchain, but seems there are those who begin to idolize him without having met him face to face.

Last Thursday of this week, the first statue in the world of the incognito creator of Bitcoin Satoshi Nakamoto was inaugurated in the city of Budapest, Hungary.

Obviously, in this case the face of this statue is intended to highlight the anonymity of the creator of BITCOIN, which was never the case with Christ since everyone insisted on putting the face of a European white man when it is more likely that he was rather dark arabic. 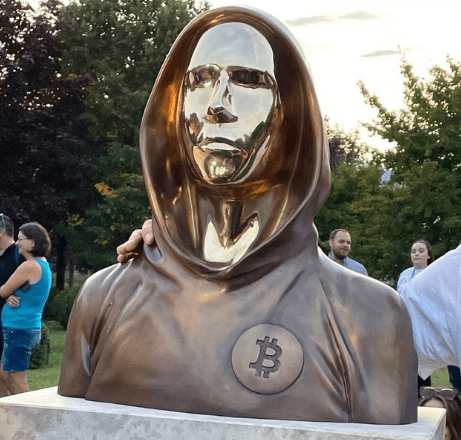 Another curious thing about this statue is that anyone who looks at it can see themselves reflected in it, highlighting the idea that "we are all Satoshi".

On the one hand, it seems to me exceptional that in a western country this type of tribute is publicly performed since it demonstrates the acceptance of the technology that most of us trust as a unique and necessary economic solution ... on the other hand, I would not like people to see us as a pseudo-religious sect and for this to turn against us...

What do you think?