Nothing that the "old people of the place" do not already know... but, the fact is that, sometimes, when it comes to convincing someone who wants to invest their money in something safe and profitable at the same time, let's be honest, there is still a lot left to the world of cryptocurrencies to be considered that way by the old traditional investors.

However, when we seek support for our arguments, it is good to have documents like the one I present below: 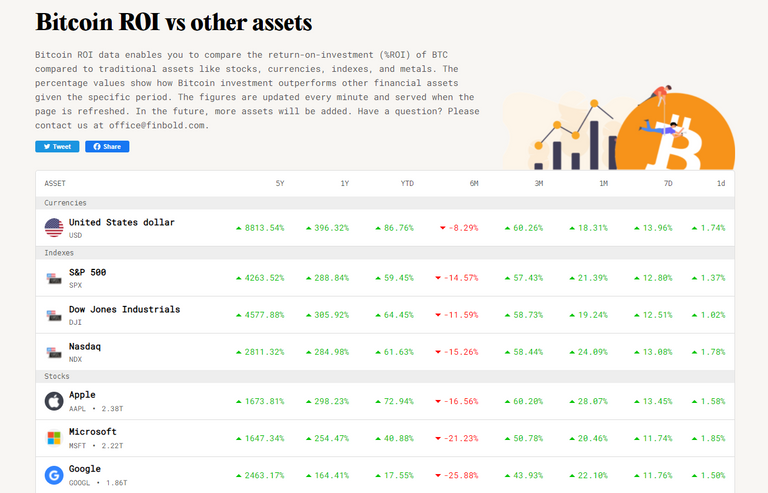 Bitcoin has sustained the ROI despite being a highly volatile asset with increased regulatory scrutiny from vicarious regulators.

So, the next time they tell you that BITCOIN is risky because of its volatility, show them this table... and they may realize that VOLATILITY is not equal to risk in the case of BITCOIN but to opportunity and greater ROI.

blurtech blurtlife cryptocurrency bitcoin
9 months ago by toofasteddie
56.56 BLURT
5 votes $0.22
1
Authors get paid when people like you upvote their post.If you enjoyed what you read here, create your account today and start earning FREE BLURT!
Sort Order:
[-]
tomoyan  ·  9 months ago