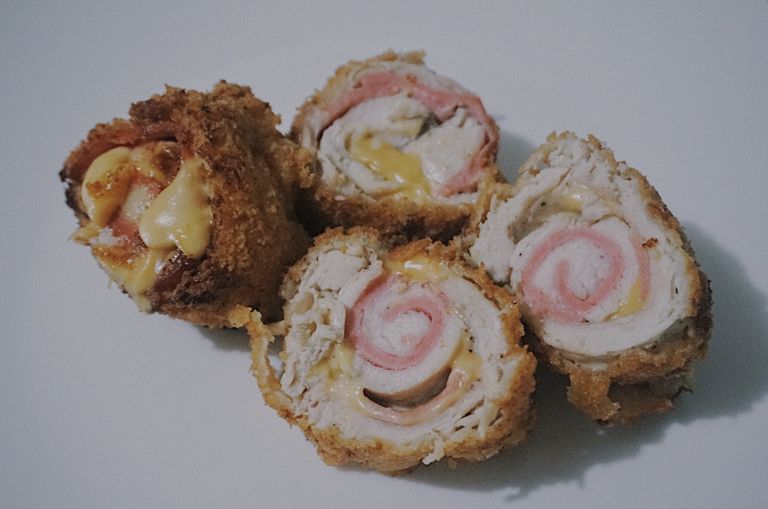 For the past days, we've been craving for this dish. I used to call this chicken wrap/roll, it's just instead of tortilla, you use chicken to wrap ham and cheese. It's one of my favorite lunch meal when I was in college. It was quite fancy for a student back then. Since my mom just recently had this, she wanted to try making one. She kept asking me the recipe of cordon bleu so I just volunteered to make it. It was supposed to be our lunch meal but I got caught up on a long meeting yesterday. I thought it will just be an easy wrapping process but I decided to marinate the chicken breast first. 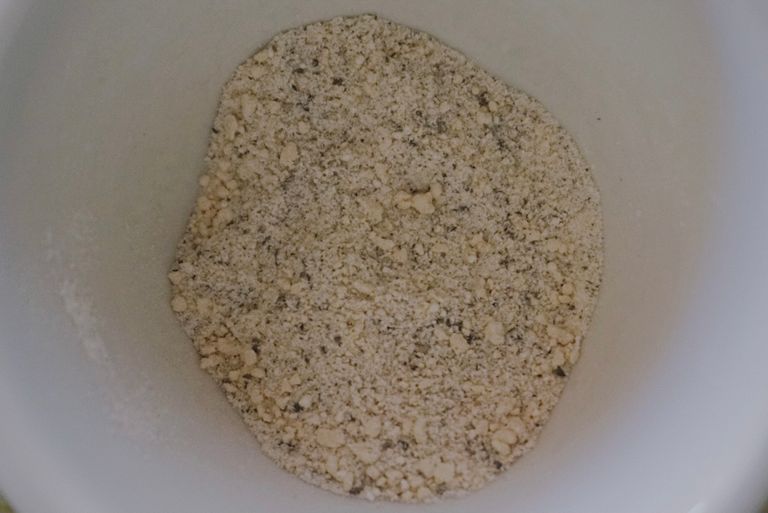 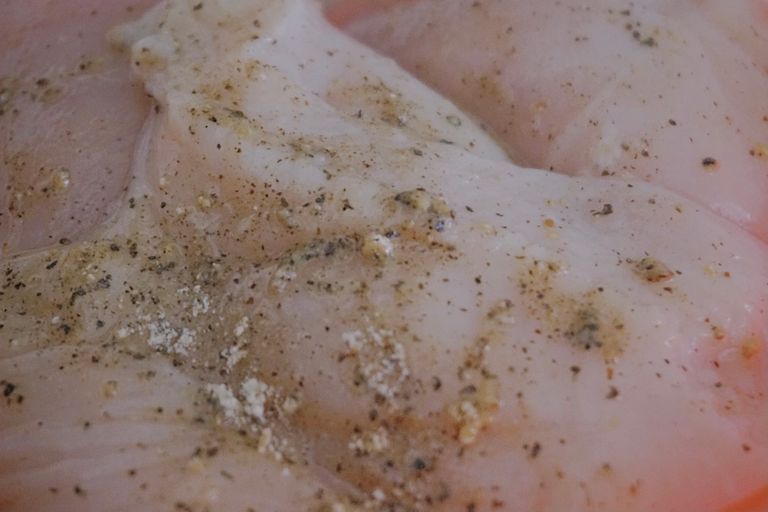 I used a mix of garlic powder, onion powder, and pepper to rub on the chicken. The chicken my mom bought has still bones, which I still had to remove. I left the marinated chicken in the chiller for about two hours and went back to my work. 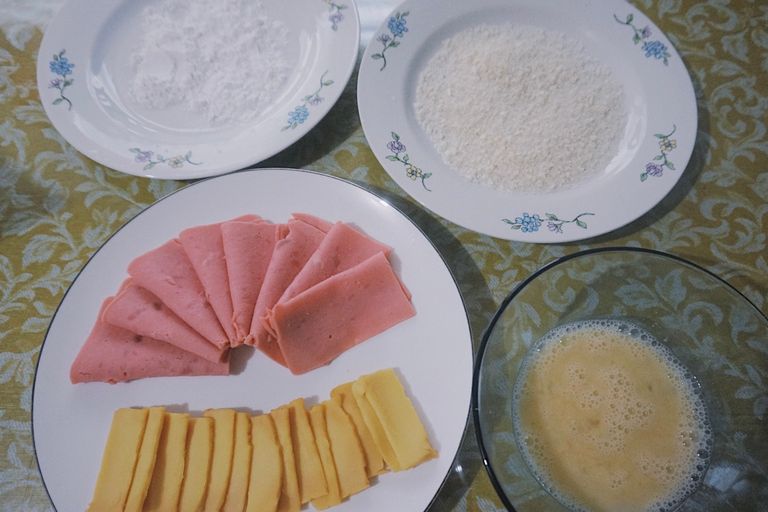 I have prepared all the other ingredients on the table before making rolls of chicken cordon bleu. The ham and slices of cheese will serve as the filling and the flour, bread crumbs, and egg will be used as wrap for the chicken. After the two hours waiting time, I took out the chicken from chiller to tender the meat. I used a rolling pin to pat the chicken flat so it would be easier to roll it later. 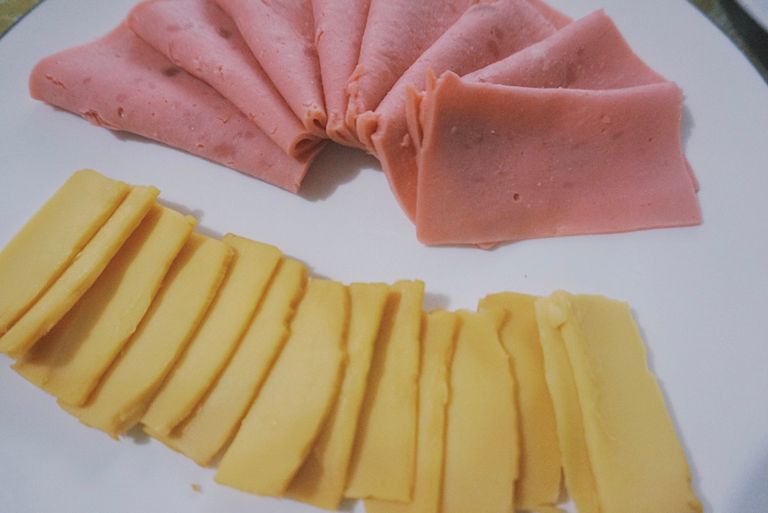 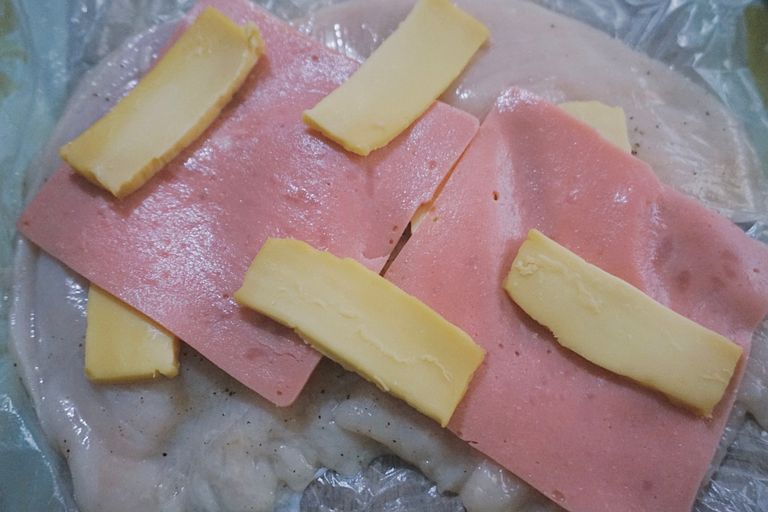 I layered the ham and cheese on top of the chicken. I have also used a plastic wrapper so it would be easier to shape the chicken as I roll it. I have put a lot of cheese since I barely used salt as seasoning. It turned out great, it made the dish cheesier than I expected. 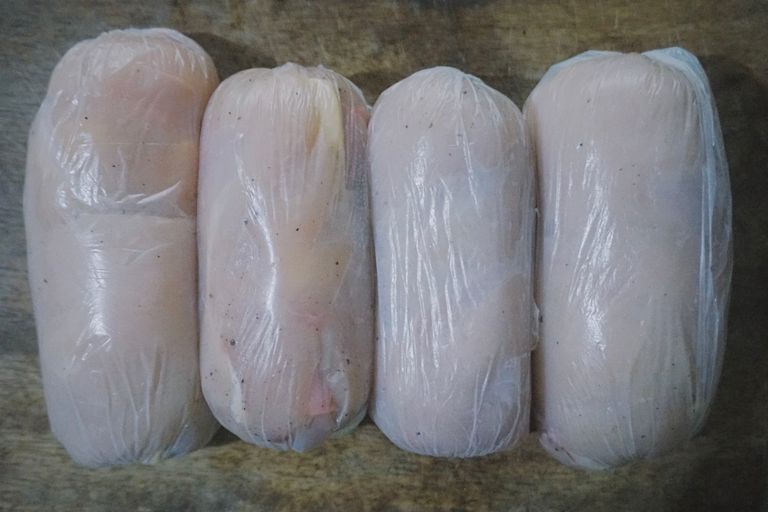 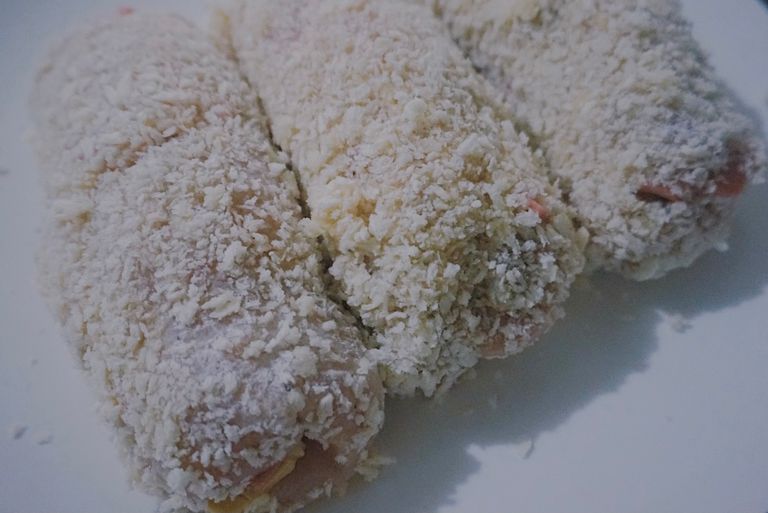 I was able to make four pieces of cordon bleu. Using the egg, flour, and the bread crumbs, I coated the rolls before frying. I also found other recipes that use oven to make chicken cordon bleu, it'd be something I'll try some other time. 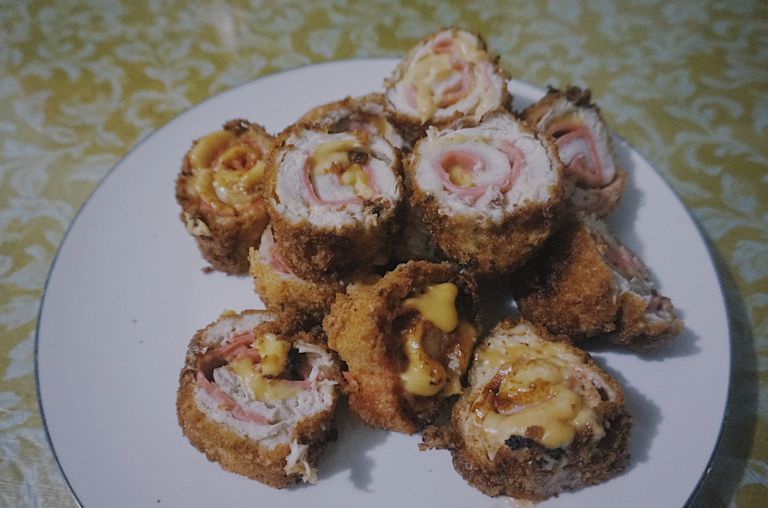 I deep fried each rolls for about 10 minutes, since it's chicken, I made sure that the inside is cooked well. I was glad that the cheese didn't melt much. There was this time I tried making cheese rolls but I think the oil was too hot that it melted the cheese all the way and I was left with fried wrappers 😅😂.

Ingredients:
blurtchef foodphotography photography recipe blog
9 months ago by travelingmercies
90.66 BLURT
10 votes
$1.05
3
Authors get paid when people like you upvote their post.If you enjoyed what you read here, create your account today and start earning FREE BLURT!
Sort Order:
[-]
dsc-r2cornell  ·  9 months ago

Please remember to put the data of the camera with which you take your pictures.