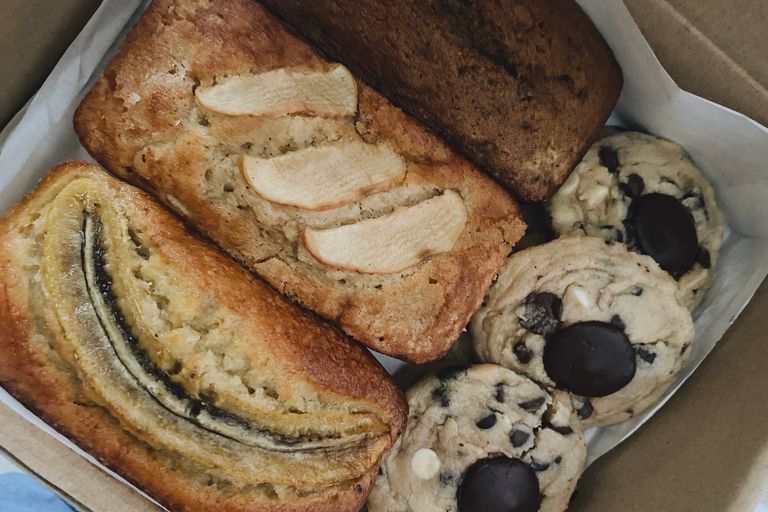 Last month, I bought a box of treats from a bakeshop I found in Instagram. The cookies and variety of loaves they offer look very delicious. The cookies were so sweet, perfect to be eaten with a cup of coffee. Among the loaves I have tried, my favorite was the banana loaf, plus look how the slice of banana on top made the loaf so beautiful. I have tried baking banana bread in the past, it's an easy recipe, hard to mess up. What surprised me when I searched for recipes online was that the ratio of flour and vegetable oil was 2:1, that's a lot of oil for a piece of bread. One of the reasons why I started baking is that it allows me to have control over the amount of ingredients I'll use, I can tweak it so that it'll lessen the guilt of munching on a baked good, one after another. 😅 So, I have tried baking banana bread with less vegetable oil and sugar. It was okay, it's not too dry and it's not too sweet. 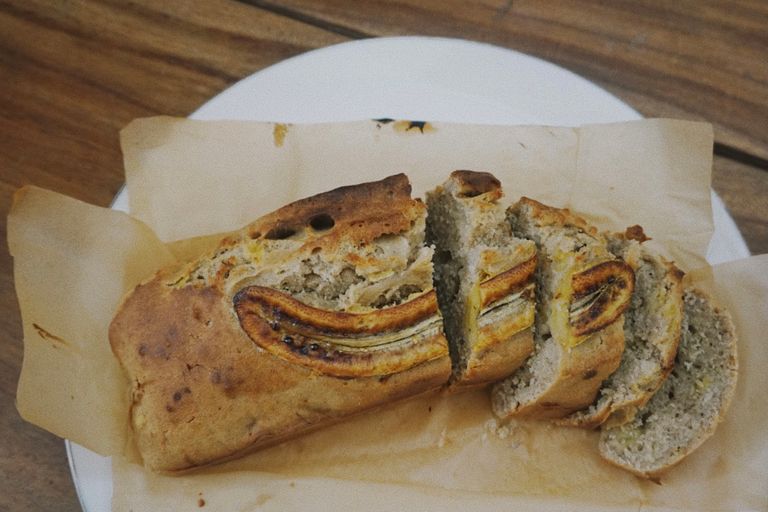 I used a lot of mashed banana too, just in case the oil from the peanut butter can't make the loaf moist enough. The first time I made a banana bread, my motivation was to save the overly ripe bananas we bought. You can use less sugar when the bananas you use are very ripe, that'll do the magic of making the loaf sweet to taste. 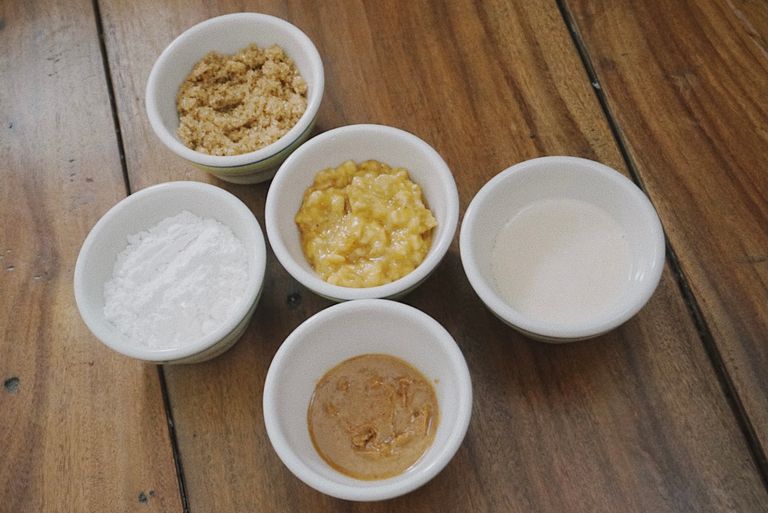 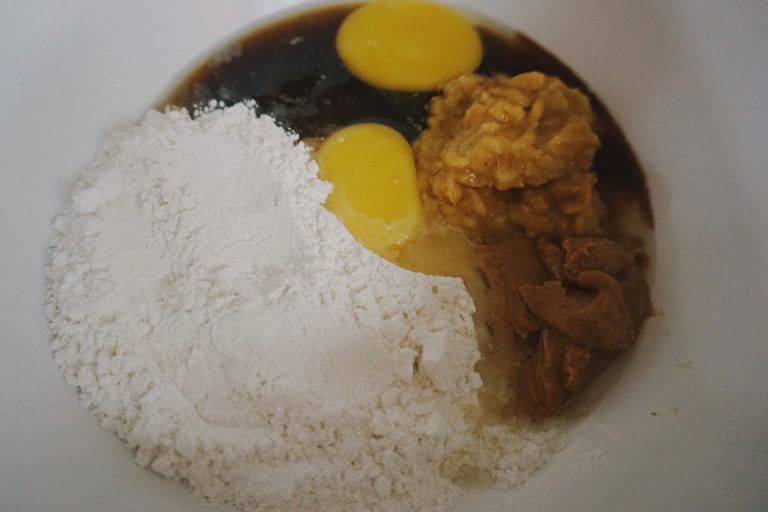 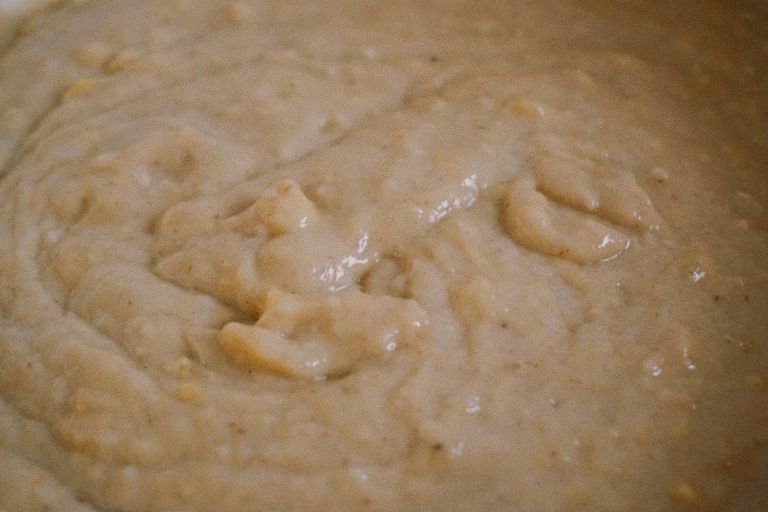 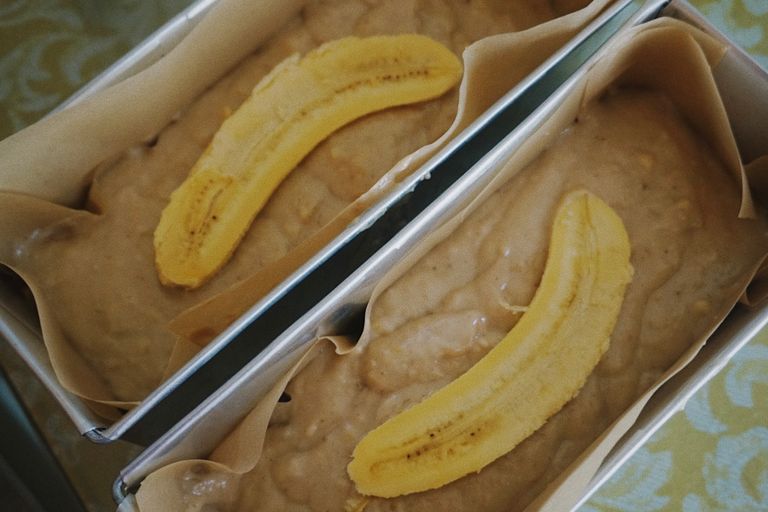 I was able to make two loaves with the amount of ingredients I've used. Just like the one I bought last month, I put a half sliced banana on top to make it beautiful 🤗. The times I have made breads taught me that it'll rise when it goes in a heated oven. This time, I made sure that there's enough space so the mixture won't overflow and won't dirty the oven.

After taking out the loaves from the oven, I left it to cool. A few minutes later, I sliced one of the loaves and asked my mama to taste it. She immediately asked if I put peanut butter on it. 😂She said that the taste of peanut butter was subtle but it's there. Yesterday was good, I was able to bake again after three months and I got a taste of this baked treat at home.

blurtchef foodphotography photography recipe blog
9 months ago by travelingmercies
55.95 BLURT
9 votes
$0.67
1
Authors get paid when people like you upvote their post.If you enjoyed what you read here, create your account today and start earning FREE BLURT!
Sort Order:
[-]
blurtcurator  ·  9 months ago