There are many universities in the world that are famous for their campuses. Universities such as Oxford, Harvard, Yale, Glasgow and Virginia, whose names many of you will know, stand out with their beautiful campuses as well as the education they offer to their students. In this respect, Turkey's most famous university is METU, and today, let's get to know METU together. 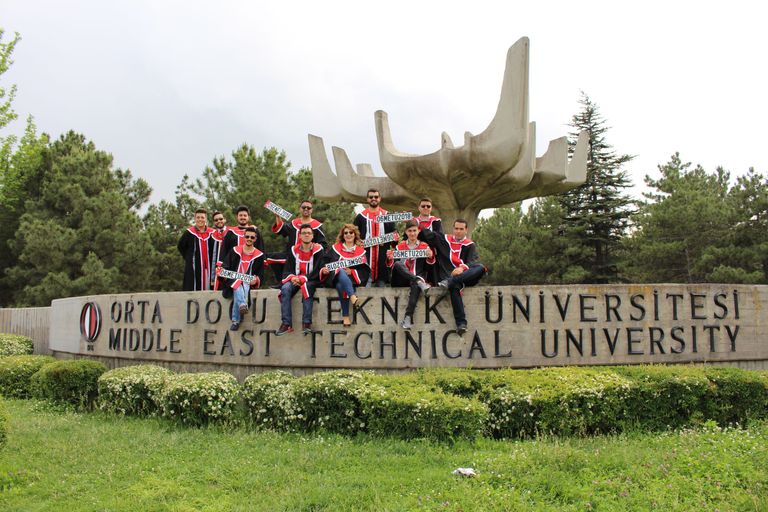 Let's start with the name and brief history of METU. METU is actually an acronym and its full name is Middle East Technical University. He started his education at METU, which was founded in 1956 in a building in the center of Ankara, in the same year. Since the beginning of education, the language of education is English and it operates as a state university. United Nations officials also played a role in the establishment of the university, and the first purpose of its establishment was to train Turkish architects and city planners. Later, this aim was expanded and it was aimed to become the largest technical university in Turkey and the Middle East, and to train the most important natural and social scientists. In the beginning, it was called a shanty university because it did not have a campus of its own, and it was despised. With the deepening of the campus need, work started and Yalıncak village land, one of Ankara's steppe villages, was determined as the most suitable place for this job. In 1957, the groundbreaking ceremony was held in Yalıncak village and the construction of the university started quickly. In 1961, the first constructions were completed and basic sciences such as mathematics, physics, chemistry, and humanities started education on campus. With the efforts of the legendary rector Kemal Kurdaş, who was appointed as the rector that year, the construction of the campus accelerated and the first tree was planted on the campus that year. Here, I would like to quote a famous sentence of Kemal Kurdaş to make the subject more palpable.

"Twelve days after I took office, we walked with the students to the land where the current campus is located. I was excited. They were also excited to see me. That day we planted trees on the METU land for the first time." (Kemal Kurdas) Since the 1960s, the METU campus has become a full university campus. The fact that it is a university that is always preferred by Turkey's smartest and most hardworking students, thanks to its high education quality, is one of the factors that make this place the most special. Especially the engineering faculties are the best in the country in their fields and the faculty members are the most expert personalities in their fields. Foreign students from various countries of the world also come to Turkey to study at METU, and a very cosmopolitan student and academic profile emerges. It has an international reputation for various reasons such as this. Its graduates have no difficulty in being accepted from different countries of the world. Apart from quality education, many factors make METU stand out. One of these elements is the campus issue that I just mentioned. In the 1960s, when construction began, METU's campus was a typical Ankara steppe and there were almost no trees. Today, it is home to a huge forest created by human effort for half a century. Those who see METU today cannot believe that it was a vast steppe in the past. Ever since the first tree was planted in 1961, tree planting festivals have been held and the forest is being rehabilitated. Nowadays, this forest is recorded as Ankara's largest urban forest, how interesting. :) Apart from the beauty of the campus and the quality of education, METU has many advantages. For example, Turkey's best student societies are at METU. The abundance of these communities, their high dynamism and the values ​​they create are improving the social environment at METU in an incredible way. For this reason, the cultural and artistic life is very rich. You have the chance to attend a continuous event and activity on campus. This makes it the best in the country. There is a lot more to be written about METU, but I will continue to introduce the campus in other concepts as it is not possible for me to fit it in one article. Good day everyone, see you again.

blurtbooster
6 days ago by mohammadfaisal
0.18 BLURT
1 votes $0.00
0
Authors get paid when people like you upvote their post.If you enjoyed what you read here, create your account today and start earning FREE BLURT!