Homework 1 for angelica7 - Topic: What it means to be a man in my part of the world?

zology69 in blurtafrica •  5 months ago  (edited)
Before I start talking about this, let me make it clear that there is no one rule to live by to be a man, and being a man is not defined by one behavior. It is a combination of things, varying for according to each person’s values.

There are a lot of things society expects of men, some you might say are unrealistic. At least some expectations of men around here are. Let’s talk about some of these things.

Men are expected to always be strong and keep their emotions bottled up. I get that men are supposed to be strong and all, but what happens when a man is at his weakest, his most vulnerable and torn down to shreds? Well he just bottles things up and keep piling unresolved emotions until he explodes. This definitely is not the best. When something happens to men and they cry, you hear statements like “Don’t be such a pussy” or “you’re being such a drama-queen”. 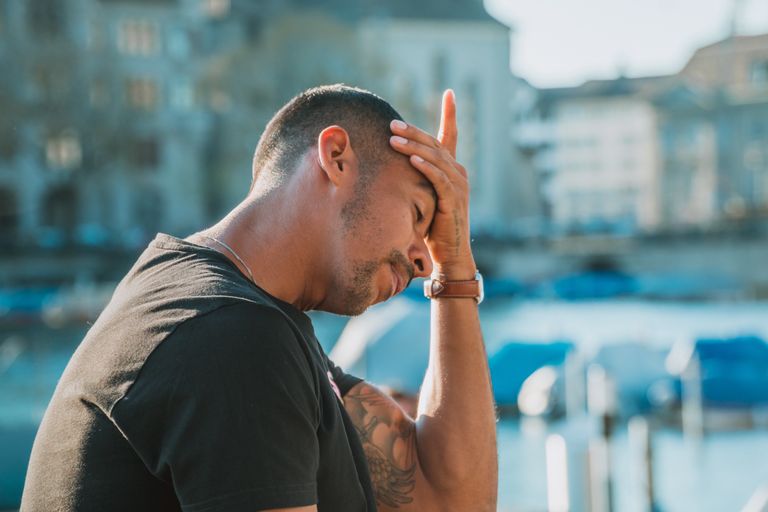 source
The issue has become so bad we can’t even talk about our emotions. And the worst part is that, people consider this so normal that even men call you a pussy for expressing basic human emotion. You can not open up to your friends. You’re going through a hard time, hurt inside. Financial problems? Can’t tell nobody.

Talking about financial problems, this is one aspect that expectation from men are unrealistic around these parts. Look, nobody is saying a man isn’t supposed to be responsible and take care of his woman, but men around here that aren’t supposed to be performing husband responsibilities are considered lame or “broke” for dating women and not doing certain things and paying certain bills.

source
This is a cry out for help from society to cut us some slack and give us room to breath. We’re men, not angels. Let us be men and let us be human too with vulnerabilities and feelings like everyone else.

blurtafrica blurtlife blurtmob r2cornell life
5 months ago by zology69
290.33 BLURT
14 votes $2.93
8
Authors get paid when people like you upvote their post.If you enjoyed what you read here, create your account today and start earning FREE BLURT!
Sort Order:
[-]
leifasaur  ·  5 months ago

Thank you for the support

I really like your post. The subject captures and while I read I would like to continue reading much more.
Sometimes we women expect so much from men that we may not see that they also have problems of their own.
In Mexico there is a TV program that talks about "what women are silent", your writing made me think, of a program or a series of interviews about what "men are silent", I am sure that you will find very useful information. interesting.

Suggestions:
1.-The links of the images do not lead me anywhere, they indicate that they have expired, I do not know why that happens.
2.- If it is an original writing of your own creation. You can add a footnote at the end, indicating that it is an original creation.
3.- #instablurt is used to share your own photos, where you show your face, and write stories behind that photo.

Thank you for encouraging you to write so creatively for Blurt, to the extent that all users write interesting topics they can be a source of interest for others to come and read and thus be able to add more users.
You can also use Blurt, as a reference platform for your writing, for example as your digital portfolio, where you show your work to others, either professionally or for fun.

Best wishes and it was a pleasure meeting you.
Good vibes.

I have fixed the image citation error and removed the instablurt tag. Truth is, I’m still a bit new and don’t really understand how to properly use the tags. Maybe you could make a tutorial on the right use of tags? I’d love to read it.

.-The links of the images do not lead me anywhere, they indicate that they have expired, I do not know why that happens.
2.- If it is an original writing of your own creation. You can add a footnote at the end, indicating that it is an original creation.

Thank you for the review. Yes, this writing is an original work of my own creation, and I don’t understand why the image sources are leading to a dead end. I downloaded the images from pixabay so I’ll just go right back to properly get their addresses and source them properly….

I will check this show out. There might be a few things I can pick up from there.

You can also use Blurt, as a reference platform for your writing

Of course, I cite Blurt and share my Blurt post links on my whatsapp status. I have been able to recruit a few friends onto Blurt this way. I also use the Blurt Academy newly launched because I have found my friends are very interested in learning about cryptocurrency and blockchain.