We have been having a lot of power outages lately and rain. The other night our power at the resort went off again and we called into the electric company in the morning, this time it was just us and we needed to figure out why. 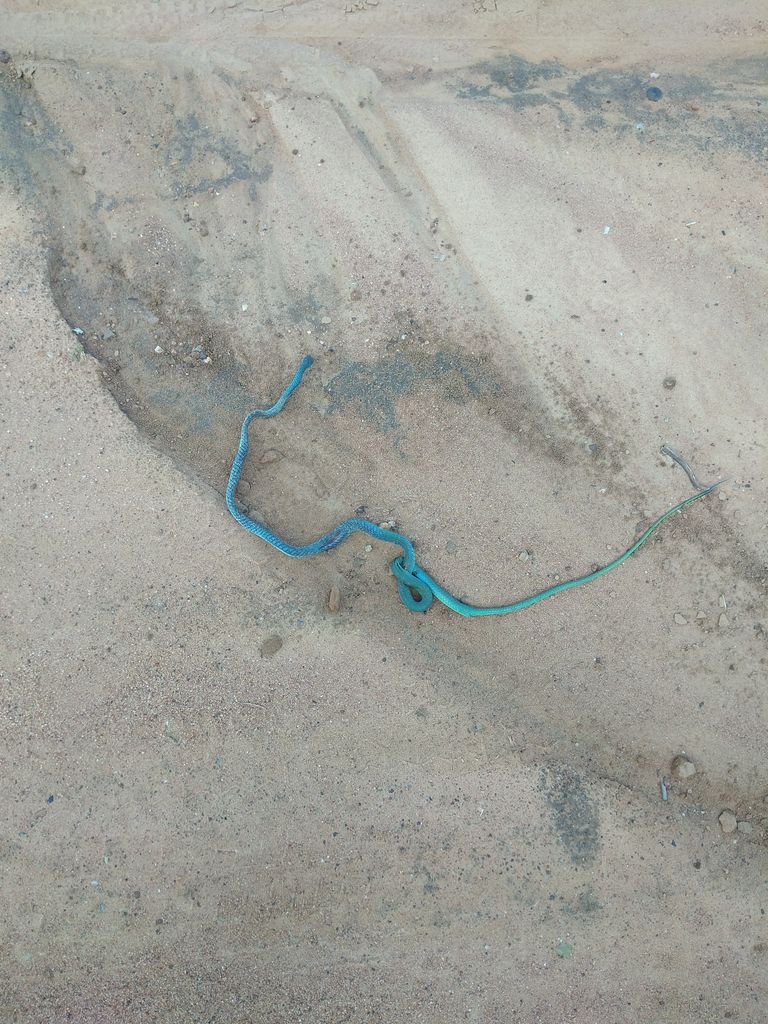 The power company was actually pretty responsive for once and it was not long that we got a call and they were at our transformer about 100 meters from the gate where our farm is at. They were all standing around and looking down at the road where this snake was. 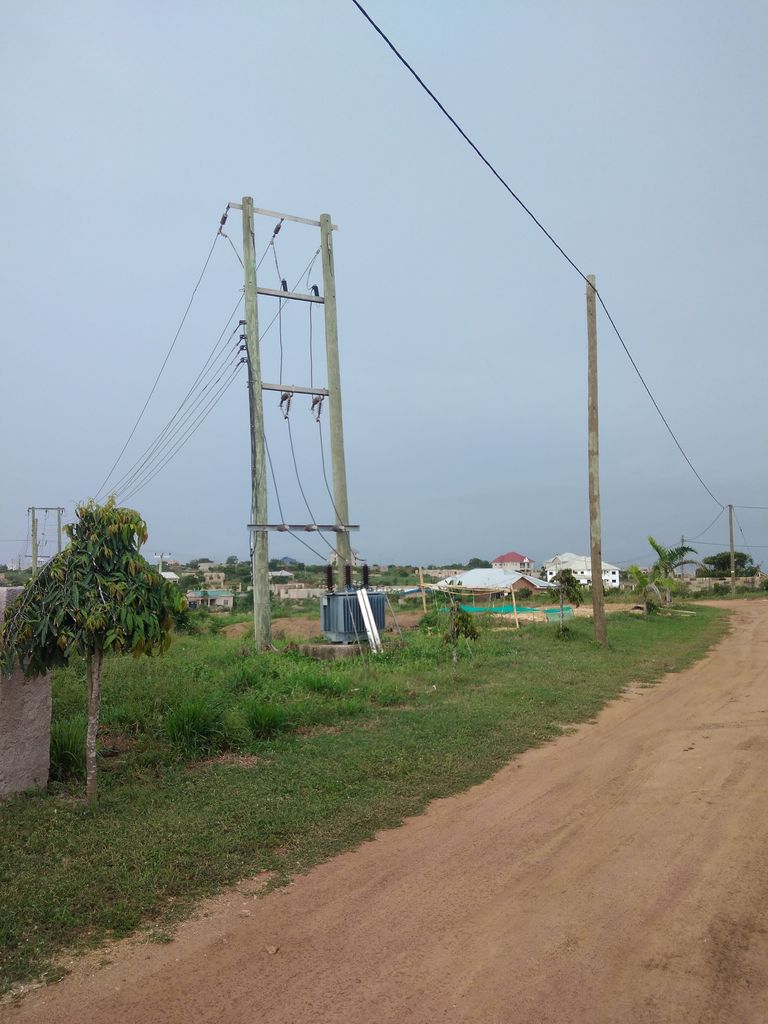 You can even see here the distance from the transformer and the lines to the road. It looks like this guy got into the lightening fuses on the lines and blew one and went flying form there into the road. 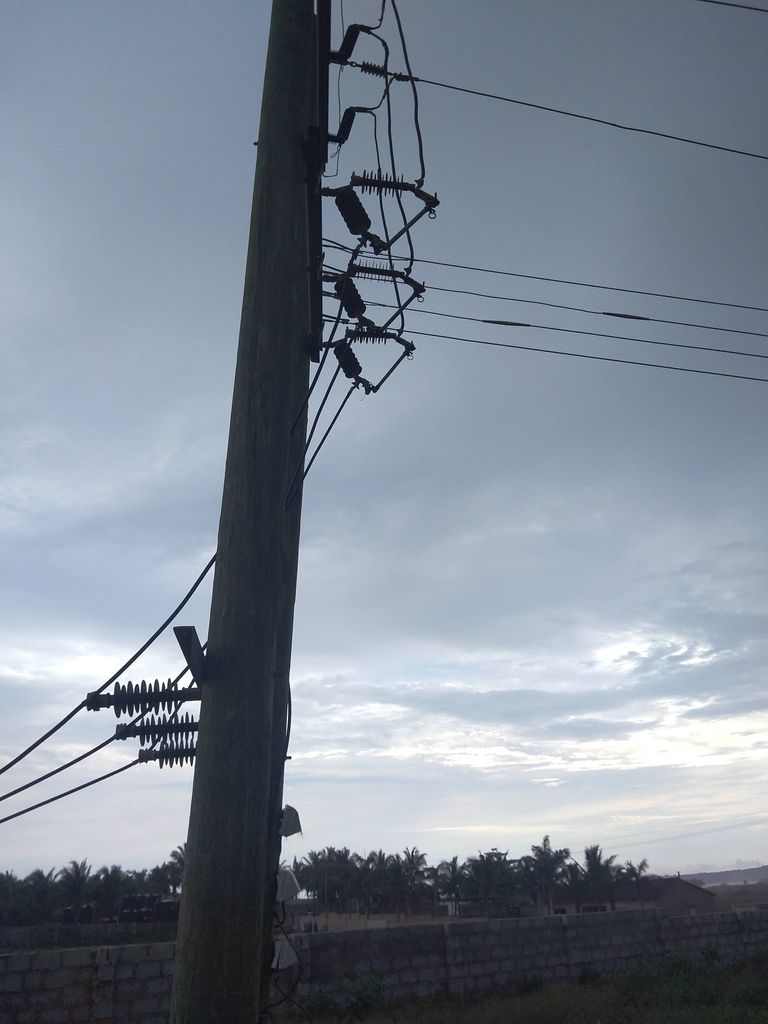 The lightening fuses are the bars shown int he holders near the top of the picture. It looks like the snake bridged one and blew it completely out it was melted in the middle and one side was still in the holder. The guys replaced it for us and fixed our problem. Usually some of these public power company guys will force you to pay for the piece even though it is coming out of government stock. Luckily they did not, but we still gave them a little something for their pocket so they will be responsive to us again. 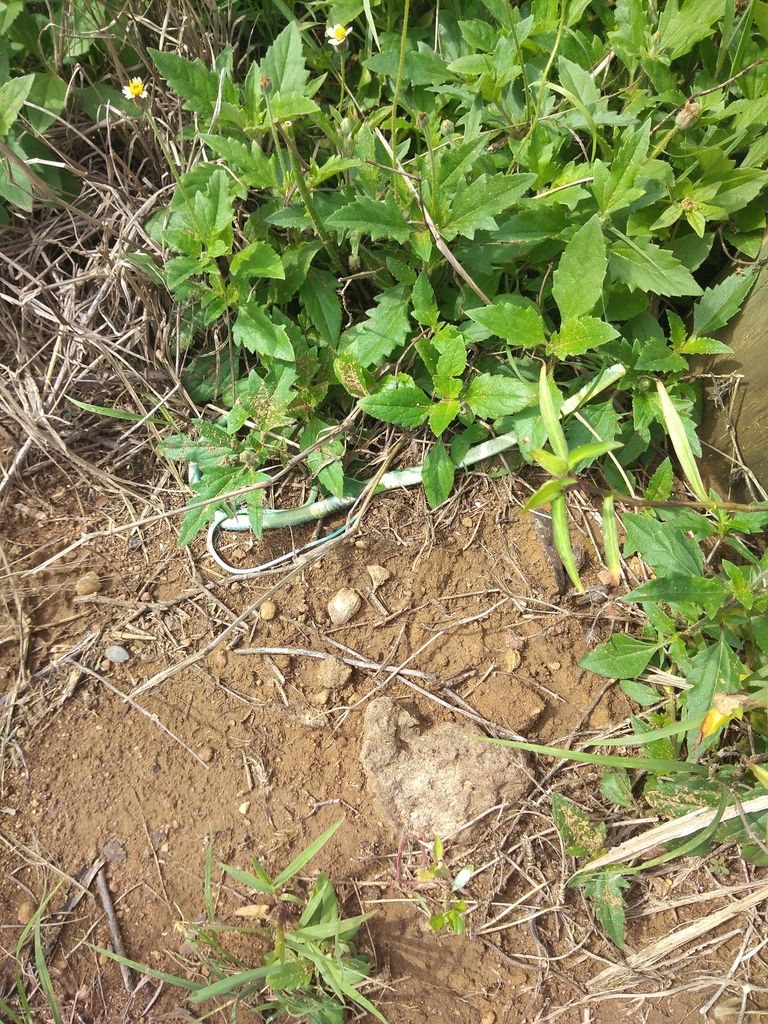 While sorting this out we found another small green snake also fried at the base of the pool it looks like they found their ultimate demise together or one of them was from a previous power outage. You can see the three boxes on the poll near the bottom, we found a birds nest in one and suspect this what the snakes were looking for. I think that this was also during an electrical storm and I think that the component that burned out would develop some static and energy and may even attract the snakes.

I went looking for the type of snake on the internet and think that it is a Green Spotted snake which is primarily a tree snake and non venomous. I really hope they are not Western Green Mambas because a bite from one of those is a death sentence. But it shows that I need to be careful around my farm which is right next to here. I think I will plant some more cuban oregano around which is supposed to deter snakes. The electric company asked us to put a fence around the transformer, and rubber matting around the polls to try to make it hard for them to climb. Personally I can't see a fence doing much. But I will ask some of our guys to clear the bushes away from the area a bit, and I will plant cuban oregano around the whole area.

True, this is Africa. You have to oil some palms to have things move well for u🤗

I have never encountered a snake like this. Is this a venomous snake?

I think this one is a spotted green snake, and it is not venomous. I did not look at it too closely but I do not think it is a Green Mamba. If it was those are extremely deadly.