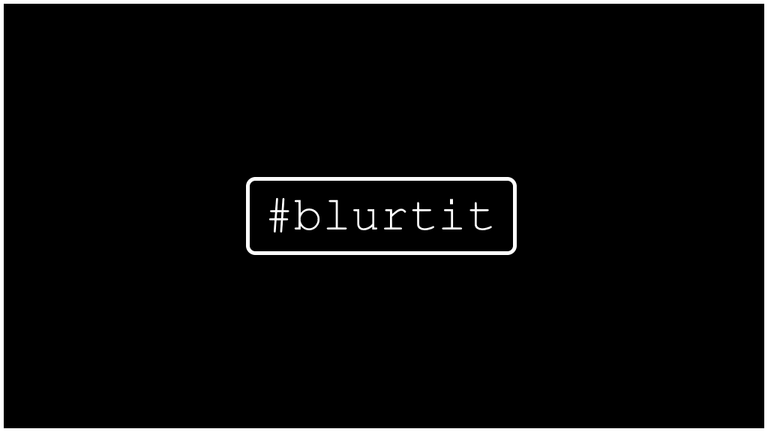 Thank you to everyone who participated, we're all winners when we let people know about the Blurt Blockchain!

Together we put the Blurt blockchain in front of a potential audience of 13,000+ twitter users! 💖

The following campaign participants have each earned a share of the 1,000 BLURT bounty fund:

Congrats! The bounty fund of 1,000 BLURT will be divided up equally and paid out in the next 24 hours.

Stay tuned, @brofund and I will announce our next bounty campaign in early September to coincide with students returning to school, or at least returning to social media 🤪

I value honesty, integrity, and hard work. I believe fiercely in an open and censorship resistant internet that is backed by decentralized technologies such as the Blurt blockchain. I stand for Freedom, Liberty, and Decentralized Tech.

A Blurt witness and proud founder of The Man Cave community, a part of the world where men can be men, whatever that may look like. Inspiring men to be the best that they can be. Join the Man Cave Discord here.

🦝 If you find this work helpful please consider voting for our witness here, thank you.

Great job you are doing for Blurt, I appreciate the assessment and many congratulations to all those selected.

Thanks, looking forward to doing more of these in the near future.

Awesome. Thank you very much ..., I can’t wait to participate in some more Blurt Twitter Marketing campaigns #blurtit

@offgridlife Thanks for supporting this initiative! We'll see ya in the next one.

Awesome! Thanks for your work.

Thanks! Had fun being part of it. Looking forward to the next initiative.

Thanks again, and the bounty has been sent.

Thank you. Appreciate it. :)

Awesome , just seen in my Wallet , will power some up later....

All bounty rewards have been sent.