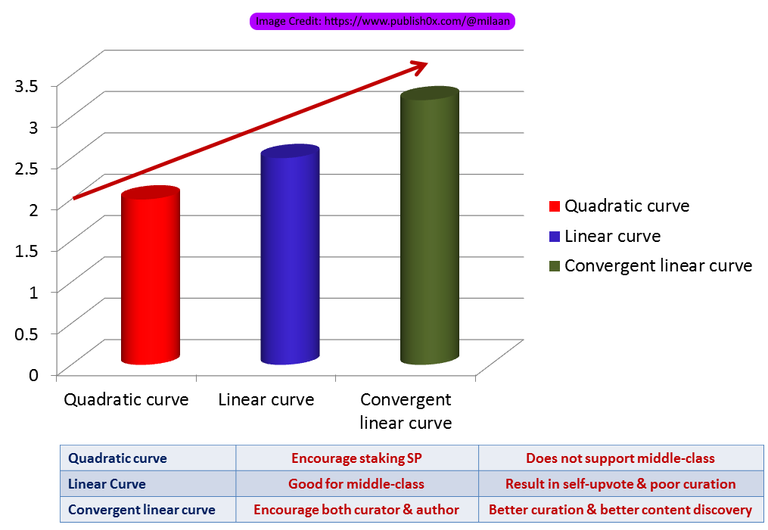 How Does the Blurt Blockchain Convergent Linear Rewards Curve Work?

The convergent linear rewards curve n^2 / (n + 1) starts off as a super linear and then gradually converges on linear as the name suggests.

The convergent linear curve was proposed as a middle grounds between super linear and linear, providing some of the benefits of both of the curves simultaneously.

Let's look at the benefits of each of these three models, and you can decide for yourself which one you like best. Considered the most "fair" because each unit of rshares is worth the same amount of rewards regardless if you have a large stake or a small stake. If i vote with 100 BLURT and you vote with 200 BLURT you will always receive exactly double the rewards that I will.

This is considered good for lower and middle stake holders as the rewards are representative to the weight of your vote and is not weighted towards the larger stake. The main disadvantages is that it encourages self-votes, and there's no added incentive for large accounts to curate.

The Linear rewards curve was introduces to STEEM following HF19 on June 20, 2017 to replace the "unfair" super linear curve that was in place from the beginning. Eventually it would be replaced by the convergent linear curve down the road following HF21, in August of 2019.

The original rewards curve! Launched with STEEM as n^3 but was subsequently changed to n^2 before the first payout on July 4th, 2016. The n^2 curve has the draw back of becoming more and more unfair as rshares on a post increase.

This has the effect of encouraging whales to only vote on popular posts. The larger the vote, the more the rewards are weighted in their favor. A benefit is that it encourages consolidating stake in order to maximize rewards. It also encourages curation from large account, which is a benefit unless those votes are only going to popular posts.

Considered the best of both worlds, as it encourages curation from larger accounts, but at the same time as the post earns larger and larger rewards the curve gradually converges towards linear where equal earning per rshare is more possible.

This also encourages voting on quality content not necessarily the most popular content. Provides some incentive for larger accounts to curate and at the same time flattens the curve somewhat making rewards per rshare more fair.

A Brief History of the Rewards Curve

I hope this information was presented in a clear and concise way. I'm not much of a math person so I tried to steer clear of referencing formulas. There are others that are experts in the department for sure, I'll leave that up to them.

I think it's helpful to know where we came from, and how we got here in order to decide the best direction for the future of the Blurt rewards curve.

As always open for comments and suggestion in the comment section below.

Thanks for stopping by,

If you found this helpful please consider voting for my witness here, thank you. 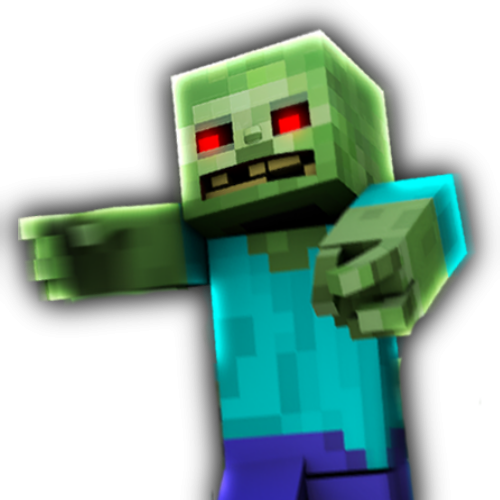 The main disadvantages is that it encourages self-votes, and there's no added incentive for large accounts to curate.

Self-Votes are in my opinion a personal decision, depending on motivation and own opinion. A curve will not change that, I think whoever wants to do this will find ways, e.g. via purchased votes. For large accounts it makes no difference anyway.

This has the effect of encouraging whales to only vote on popular posts.

The quadratic curve was certainly not a good approach and was rightly abolished.

I don't think it's a good idea to be influenced by what you want to vote for, everyone should be able to vote as freely as possible and without any disadvantages. This is the main reason why I prefer linear.

Thanks for your time and best regards @michelangelo3

Good points all around.

I don't think it's a good idea to be influenced by what you want to vote for, everyone should be able to vote as freely as possible and without any disadvantages.

This is certainly ideal, and as @lightsplasher has mentioned, could help quality content be better or more organically discovered and voted on.

I think the linear curve is clearly the best and is the most fair.

A voting person who pays a bit of attention to the reward will not vote for any posting (post or comment) that is below 20 BLURT, because the reward for author and curator is usually only 50%. A lot of money would be lost.

Also, comments are too rarely voted without the linear curve. This is not good for communication in the community.

The rewards should always depend only on the amount of BP and vote power.

Also it should not matter if a vote is given after 1 second or after 6 days.

It should also be completely without influence, which votes were already there before and which votes will be added later after your own vote.

Make many things easier, which are unnecessarily complicated ;-)

Against a possible abuse (self-votes) one can proceed in such a way that one limits self-votes in the number per day and account simply for example to 3 self-votes.

Thanks for commenting! I also believe that engagement through the comments is important, and should be encouraged and supported.

It's the social aspect, and allows people to connect with each other and build report. I will always be 100% in favour of supporting engagement.

I think the main argument against linear that you haven't addressed is that it doesn't incentivize users with large stake. At the same time I can see why many people (minnows, dolphins) wont really care about that. But I think there is something to be said about encouraging people to stake significant funds on the network, an incentive to invest here, with the opportunity to earn. How much value does that bring to the network?

Maybe you're right, and the platform is better off encouraging many regular participants vs favouring a few larger ones.

I would say that many regular participants would help even things out more and let quality content be better identified on its own merit. I think the linear curve is the way to go.

I don't think there is any good way to limit self votes if each person can have multiple accounts. If you are only self voting you probably won't get as much support from the community. At a certain point I think most people would think more altruistically on their own and do more for the greater good of the community. I doubt if there are any easy answers though.

I would say that many regular participants would help even things out more and let quality content be better identified on its own merit.

Would have to agree with you on that one!